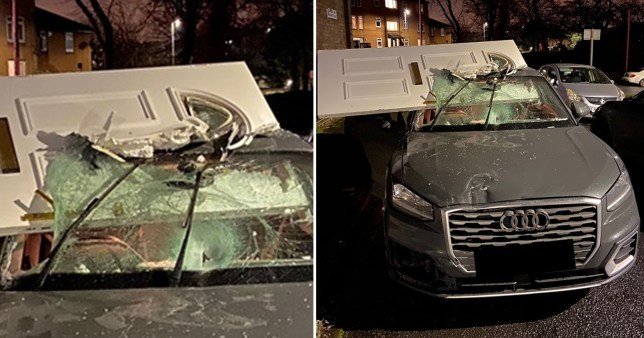 A teenager crashed into a house and then carried on driving with the front door lodged in the car’s windscreen and roof.

West Yorkshire Police were called to Dewsbury at 7.43pm on Friday where an 18-year-old was arrested on suspicion of driving under the influence of drugs or alcohol.

His silver Audi crashed into another car before it hit a house and drove off with a door attached to it ‘for several metres’.

The driver was taken to hospital for head injuries that are thought not to be serious. 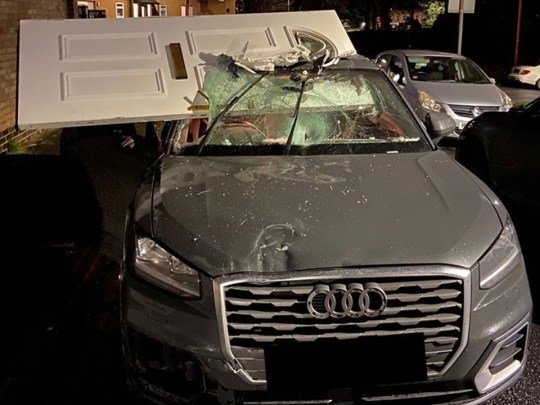 The police are still investigating what happened and have asked anyone who has not yet spoken to them to contact the Western Area Roads Policing Unit on 101 referencing police log 1555 of November 20.

West Yorkshire Police Roads Policing Unit tweeted: ‘Driver collided with a vehicle, then the front porch of a house – before then continuing to drive for several metres with front door attached to car.