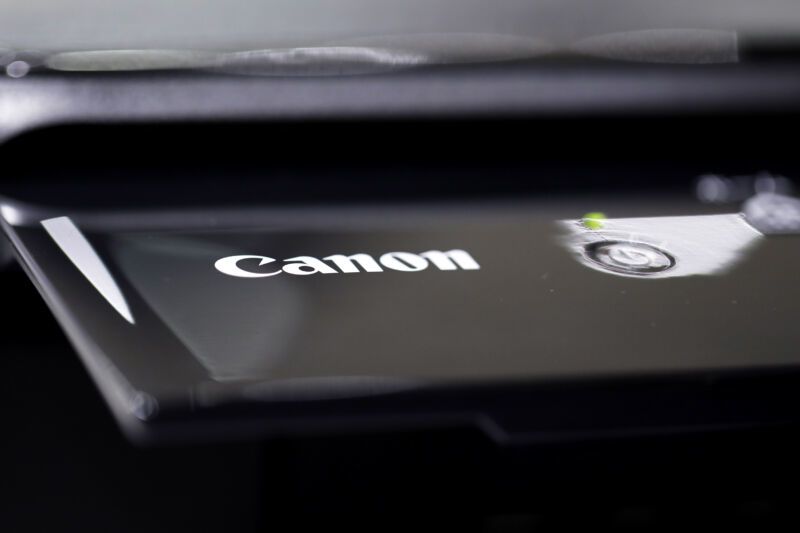 Canon can’t get enough toner chips, so it’s telling customers how to defeat its DRM

For years, printers have been encumbered with digital rights management systems that prevent users from buying third-party ink and toner cartridges. Printer companies have claimed that their chip-enabled cartridges can “enhance the quality and performance” of their equipment, provide the “best consumer experience,” and “protect [the printers] from counterfeit and third-party ink cartridges.”

Left unsaid is the fact that requiring first-party cartridges also ensures a recurring revenue stream. It’s an old business model—Gillette sold its razor handles cheaply to sell more razors, for example—and it's one that printer companies have enthusiastically embraced. Lexmark, HP, Canon, Brother, and others all effectively require users to purchase first-party ink and toner.

To enforce the use of first-party cartridges, manufacturers typically embed chips inside the consumables for the printers to “authenticate.” But when chips are in short supply, like today, manufacturers can find themselves in a bind. So Canon is now telling German customers how to defeat its printers’ warnings about third-party cartridges.

The chip in question tells the printer when toner levels are getting low. A useful feature, certainly, but one that printer companies often use to lock out third-party cartridges—without the chip, the printer will say it doesn’t know how much ink or toner is inside the cartridge, assume it's zero, and refuse to print.

But Canon has been having a hard time getting chips amid the shortage, so the company is telling owners of its imageRUNNER large-office printers how to defeat its own protections against cartridges that don’t have chips.

The software on these printers comes with a relatively simple way to defeat the chip checks. Depending on the model, when an error message occurs after inserting toner, users can press either “I Agree,” “Close,” or “OK.” When users press that button, the world does not end. Rather, Canon says users may find that their toner cartridge doesn’t give them a low-toner warning before running empty.

“Although there are no negative effects on print quality when consumables are used without electronic components, certain additional functions, such as the detection of the toner level, may be impaired,” Canon’s support site says.
Add Comment