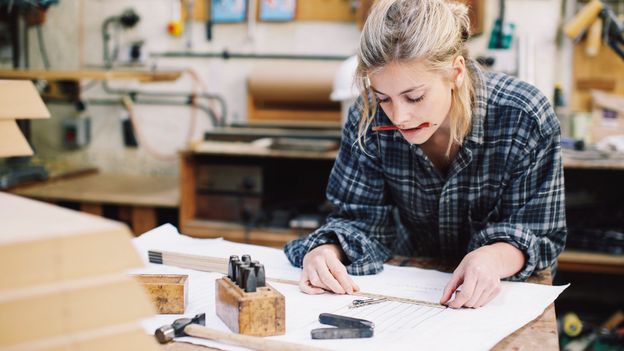 Can you 'programme' your brain to think of genius solutions?

Feel everyone else comes up with all the smart ideas on your team? Data show that, with practice, we can all be bright sparks.

When we think of people who are known for their astonishing creativity, it’s easy to assume that they were somehow born different from the rest of us, with minds wired to forge new connections and see the world in a novel way.

We forget that apparent geniuses often spent years on less successful projects – practice that helped to hone their thinking until they finally created something truly original. The fact is that almost every great writer, artist or inventor underwent a period of ‘apprenticeship’ in which they learnt how to develop and refine their ideas before they had any major breakthroughs.

“Many people simply don’t know that creativity is a trainable skill,” says Professor Gerard Puccio, who chairs the Department for Creativity and Change Leadership at SUNY Buffalo State College, US. And this assumption – that creativity is innate, rather than learnt – can be very off-putting whenever we are tasked with original thinking.

With a steady stream of research, however, psychologists like Puccio have identified the best ways to kickstart the learning process. Their evidence shows that, with practice, we can all learn to think more originally in our day-to-day lives, building greater innovation – and fulfilment – into whatever we choose to do.

Of the many creativity-training programmes out there, Puccio’s Thinking Skills Model offers one of the best-tested attempts to teach workplace creativity.

The programme emphasises the need to balance two types of thinking: convergent and divergent. Divergent thinking is the kind of free-wheeling idea generation that we often associate with the stereotypically scatty inventor, with novel – if sometimes hairbrained – solutions to problems. Convergent thinking, in contrast, concerns the selection and development of the best ideas to make sure that they have potential use.

Both are essential. Without the former, your ideas will be too mundane and boring; without the latter, they may be impractical.

Almost every great writer, artist or inventor underwent a period of ‘apprenticeship’ in which they learnt how to develop and refine their ideas

After learning these concepts, people trained in the Thinking Skills Model are taught to apply divergent and convergent thinking in seven distinct steps that are thought to be essential for most creative problems: assessing the situation, exploring the vision, formulating the challenges, exploring ideas, formulating solutions, exploring acceptance and formulating a plan.

In one recent trial, Puccio recruited 559 participants from the university. This included people who had taken no creativity training, people who had attended a three-day course based on the Thinking Skills Model, and those who had undergone much more extensive education, such as completing SUNY’s master’s degree in creativity, which also involved a cognitive approach to improve original thinking as well as ambitious projects to put the theory into practice.

During the experiment, the participants were split into small groups, according to their level of creativity training, and asked to come up with ways of encouraging people to use the bus network in the Greater Buffalo, New York area. Their solutions were rated by independent judges on qualities such as flexibility – whether the group were considering a wide range of ideas – and originality.

As you might hope, the groups of people who had undergone some creativity training performed much better than those without any training or guidance – generating four times as many original ideas. There also appeared to be differences between the training programmes; participants from the three-day course produced 67 original ideas, on average, while those who had undergone more extensive education produced 81.

That may seem like a modest improvement, given the differences in time commitment between the short course and a master’s degree. Importantly, however, those with the advanced training were also more skilled at selecting, developing and refining their proposals. Puccio points out that they often combined multiple ideas, for instance – whereas this possibility did not seem to occur to the other groups. This meant that their final solutions were substantially better than those of the other groups. 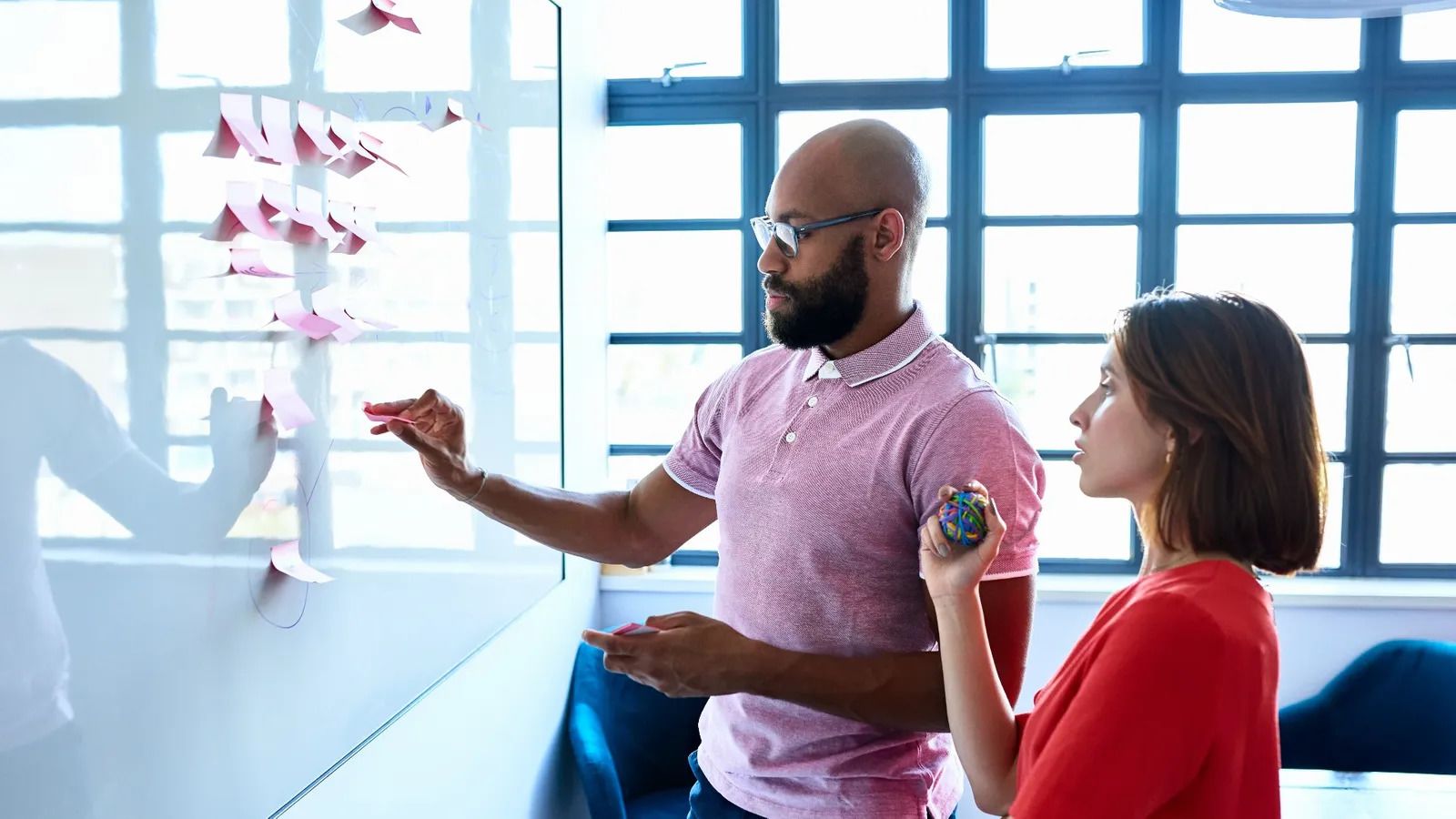 Clearly, a quick primer in creativity can provide an immediate boost to people’s thinking – but it can’t make up for regular and sustained practice. “Creativity is damn hard work,” says Puccio. “It takes a lot of time to develop these skills, like the critical thinking to determine which are the most promising ideas.”

Martin Meinel recently tested a creativity-training programme at Germany’s Friedrich-Alexander- Universität in Erlangen-Nürnberg, with very similar conclusions. “You can think of creativity as a muscle,” he says – it needs constant practice to grow and to remain strong.

With a little work, you may be surprised by your progress, says Meinel – even if you have never shown any great feats of creativity previously. “The ones who were least creative at the beginning, they made the biggest gains.”

This is all true, provided you start out with the right mindset. Ella Miron-Spektor, an associate professor of organisational behaviour at the INSEAD business school in Fontainebleau, France, has shown that people’s beliefs and attitudes to work will have a big impact on their creative development.

Some people, she says, are “performance-oriented”: they are very concerned about how they compare to others. In general, they see their talents as fixed, and so prefer to stick to tasks that will consistently result in a success. A failure, for someone who is performance oriented, would be deeply discouraging. “They tend to take feedback more personally,” says Miron-Spektor. “They think that if you are unable to perform well, it's because of the lack of capability – and it's not something you can develop.”

Others are “learning-oriented”: they tend to be more focused on the opportunity to increase their skills and broaden their knowledge. They are also more resilient in the face of failure, since they analyse what went wrong and use those lessons as an opportunity for growth.

To see whether these mindsets could influence people’s creativity over time, Miron-Spektor examined the employees of a large electro-optical manufacturer in Israel. The management had introduced an innovation programme, asking employees to submit any ideas that might improve processes or products. Each idea was evaluated by an expert panel, who rated the potential of the proposal and gave feedback to the original inventor.

Soon, you may find your brain is “programmed” so that it automatically thinks of ingenious solutions

Looking at seven years of data from the scheme, Miron-Spektor was able to plot each employee’s “creativity trajectory” and compare them to the results of questionnaires measuring people’s learning or performance orientations. Overall, she found that the learning-oriented employees showed greater improvement in the number and quality of ideas they contributed to the scheme, compared to those who were performance-oriented, who tended to give up and stop trying after they had faced a disappointment.

“It's not just that the people with the learning orientation are more creative, on average; we saw that they learned faster, so they were able to improve their creativity over time,” says Miron-Spektor.

The most obvious conclusion from these studies might be that businesses could invest in more training for their teams – rather than assuming that creativity will flow automatically. Importantly, however, they also need to create the right working environment to promote a learning orientation in employees. “You have to encourage people to treat failure as part of the process,” Miron-Spektor says. This should be evident in the overall corporate culture, but also in the ways that managers give feedback – to frame the criticisms as opportunities for future growth.

Puccio agrees that leaders’ attitudes can make a crucial difference. “If a leader’s behaviour is not aligned to this new set of creative-thinking skills, the impact is limited,” he says.

Even small pieces of guidance can offer employees an initial head start. In Puccio’s experiment, some of the participants with no previous training were told to separate their problem solving into two distinct stages – idea generation (involving divergent thinking) and idea selection (using convergent thinking). He found that they were subsequently much more creative than those who were left to their own devices.

If you hope to enhance your own creativity, Meinel recommends regularly testing yourself in the small problems that you encounter. We all have certain routines that we use to deal with common tasks, but you might start to consider whether there are alternatives – and more original – ways of dealing with them. Soon, you may find your brain is “programmed” so that it automatically thinks of ingenious solutions, he says.

With time, idea generation and refinement will become second nature – a “habit of creativity” that allows you to tackle life’s bigger problems with greater flare and originality.