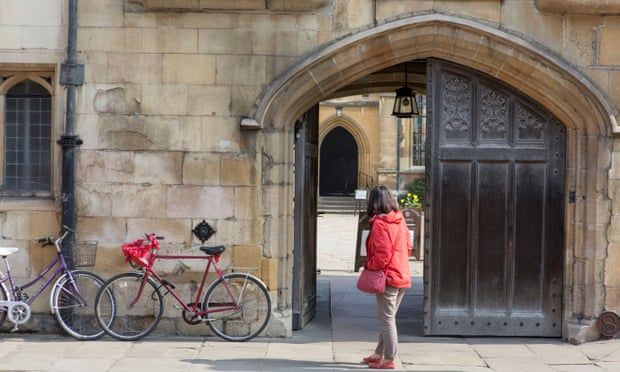 Nearly half of undergraduate tutorials are delivered by staff who lack proper contracts, research shows

Colleges at the University of Cambridge have been accused of using overworked and underpaid gig economy workers to provide the institution’s famous one-on-one tutoring system.

Research by members of the University and College Union found nearly half of undergraduate tutorials, or “supervisions” as they are known, are delivered by precariously employed staff who lack proper contracts. One-third of supervisors are postgraduate students or freelancers, including those who have recently completed their PhDs.

Supervisors who spoke to the Guardian said they gained work through personal contacts and loose email agreements, with no guarantee of how many students they would receive. They said the £36 an hour rate failed to cover the considerable time required to prepare for supervisions, including covering entire reading lists, and mark papers, with the result that some said their pay worked out at closer to £5 an hour.

A freedom of information (FoI) request by the UCU branch to Pembroke College showed the university had been challenged by HMRC over its failure to put supervisors on the payroll. Pembroke College defended the practice as “analogous to the college’s use of external maintenance contractors, for example plumbers and decorators”. HMRC subsequently reversed its decision, noting it was “borderline”.

Lorena Gazzotti, a postdoctoral researcher who is coordinating the campaign for Cambridge UCU, said colleges were operating a gig economy “like Deliveroo”, despite advertising supervisions to students as a core feature of Cambridge’s teaching model.

“These are hyper-casualised jobs which could become real jobs for people if colleges were willing to invest the time and resources,” she said. “If most people working on your unique selling point are treated as individual contractors you have a problem because this is the main mission of your institution.”

Gazzotti is planning to include demands for secure contracts, guaranteed hours and fair pay, potentially resembling the graduate teaching assistantships offered at universities including Sheffield and Birmingham, in the UK-wide wave of strike action that is planned for later in the academic year.

A spokesperson for the University of Cambridge said: “A majority of supervisors are self-employed, choose which colleges they prefer to work with, the hours they work and often work with multiple colleges.

“The colleges are separate legal and financial employers, so cannot be covered by a single agreement. Supervisor training is provided for free and the average pay for supervision, including preparation, is well above the living wage.”

Postgraduate supervisors said that although they enjoyed teaching the supervisions and considered them valuable experience, they struggled with the high workload, low pay and contract insecurity.

One supervisor said he relied on the work to top up his £12,000 stipend, but had all his hours cut suddenly. “PhD students are forced to live in Cambridge on very low wages, and as a necessity to make ends meet we take on teaching,” he said. “But I had no protection when I was told I would not be given any more [work].”

Another supervisor said the need to gain teaching experience by delivering undergraduate supervisions had become a “vicious cycle” in the early stages of academic careers, since spending time teaching makes it hard to find time for research. “I wonder whether it’s worth staying in academia to get treated institutionally so badly,” he said.

Mary Newbould, who has worked as a supervisor since finishing her PhD in 2007, said that despite being employed for an average of 25 hours of supervision a week during term time, which corresponded to a 75-hour working week including preparation, she typically earned about £10,000 a year, and had accrued no pension.

“I’d like to see something formalised and recognised, where you don’t feel like you’re filling a gap. It’s come out of a gentlemanly pursuit where they would give a tutorial for an hour a week over a glass of sherry, and the colleges haven’t realised it has evolved out of that to be something people are trying to make a wage out of,” she said.
Add Comment