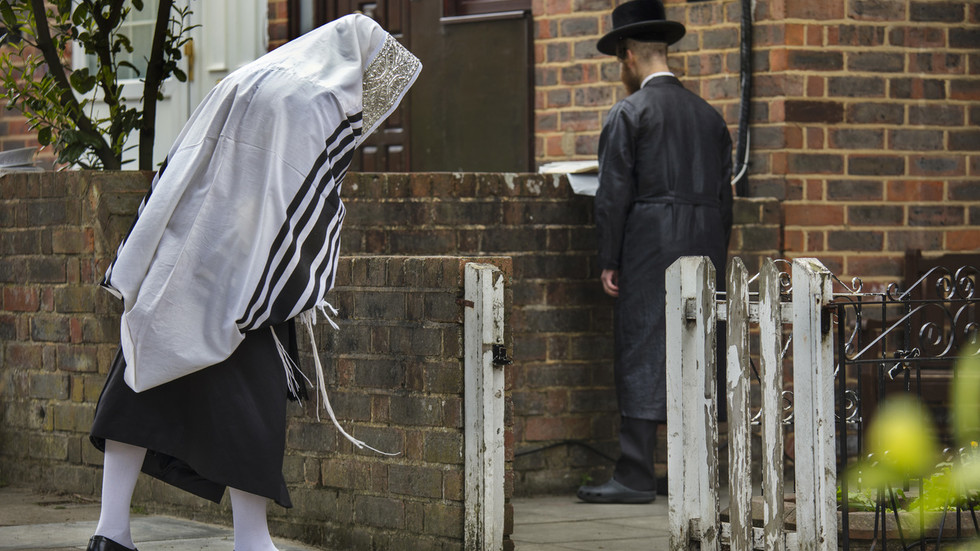 A small legal challenge has turned into a precedent-setting case about whether someone in today’s Britain can be prioritised or denied housing on the basis of their religion.

The law isn’t always right and it’s not just people who can be taken hostage.

In a disgraceful decision deemed legitimate by the UK’s highest court, a single mother with four children was refused social housing – because she wasn’t a Jew.

The charity Agudas Israel Housing Association (AIHA) owns 470 houses in the London borough of Hackney. Local authorities promised, in October 2017, the next available home to the woman and her kids, two of whom are autistic.
AIHA refused to hand over the keys to any of its SIX four-bedroom, unoccupied flats.

Their argument was it makes offers “only to members of the Orthodox Jewish community.” As Britain is a secular nation, the woman’s legal team found this claim astonishing and argued it had the same sentiment as the ‘No Dogs, No Blacks, No Irish’ signs that were once displayed in some pubs.

Lord Sales stated the charity’s use of positive discrimination was lawful, under the Equality Act 2010, in order to correct the disadvantage faced by the community. The issue apparently was not racism, but discrimination on the grounds of religious observance. The court considered the “widespread and increasing overt antisemitism in our society.”

Intolerance or hate speech of any form is unacceptable. But it’s hard to believe the courts and public reaction would have been the same, if this had been Islam or a group of Pashtuns from the Iranian border region.

Jewish affairs are treated differently. There's a 'kid gloves' approach and they’re deemed to be culturally valuable, while other communities are sometimes dismissed as interlopers. AIHA’s founder Ita Cymerman-Symons, speaking last year about the legal action, offered the view: “Which non-Jewish person honestly speaking wants to live in the midst of a building full of Haredi men with all the beards, and all the chanting on a Friday night and all the children?”

A homeless single mother with four children for one, along with many others.

Plenty of people in social housing endure noisy neighbours, potent cooking smells and screaming kids. But isn’t that wonderful? Diversity and living cheek by jowl with people who see, think and believe different things to you.

That’s a rich learning experience for anyone.

The fallacy of the AIHA’s superiority complex of viewing Orthodox Jews above others is, every public service is available to their members. And, of the charity’s 2019 income of £105,710, the sum of £39,716 came from British government grants. They won’t be stonewalled at hospital or refused entry on a bus, so why should they be allowed to create their small-minded kingdom with impunity?

These Jewish community leaders seem to be shutting out anyone who doesn’t align with their beliefs. It’s unhealthy and depressing, especially in a multicultural metropolis like London.

The judgement also referenced issues that Orthodox Jews don’t like to live outside of the Stamford Hill area and they tend to be poorer than the wider Jewish community. Many of us would prefer not to live outside of the millionaire’s playgrounds of Kensington, Knightsbridge and Mayfair – but we tend to be poorer, so can’t afford it. That doesn’t mean the courts would support us founding the Republic of Poverty Housing Association, and letting us administer who can move in.

Even if we concede that Orthodox Jews appear to support AIHA’s ghetto-isation, aren’t the courts supposed to rule for the greater good? It makes no sense to encourage people to live in self-imposed enclaves. How are they going to progress in life, or do they never plan to leave the streets around their homes?

There’s also a wider impact of the judgement. It raises the hackles of the population. It hacks away at the concept of respecting every other citizen. The far-right will jump on this and sadly there’s no defence. It will birth more discontentment and raise tensions.

The law lords have dropped the ball, because they are the highest court in the land, they had the chance to set a precedent. They seem to have been influenced by Jewish sensitivity, that labels anyone who disagrees with the faith an anti-Semite. It’s hard to see how justice, fairness, compassion and understanding are applicable. But superiority, tokenism and favouritism have been advanced.

Well one of the court’s final points was AIHA was "a small housing provider, but similar discrimination by a larger one might not be allowed.”