The limited offer came on the day when five of Hong Kong’s largest banks raised their prime rates for the first time in four years, hot on the heels of a 75-basis point increase in base rate by the local monetary authority.

Hong Kong’s homebuyers swooped in on the weekday sale of a popular property project on Thursday,, as they exploited a slim window before the city’s first increases in mortgage rates take effect.

Sun Hung Kai Properties (SHKP) sold all 80 flats on offer in the third phase of its Wetland Seasons Bay project in Tin Shui Wai, agents said. As many as 23 bidders went after each available unit, with 1,870 registrations of intent received.

The small offering is likely to sell out, considering the 75-basis point increase in the city’s base rate, because “it caters to users’ demand with appropriate pricing and a good location”, said Louis Chan, Asia-Pacific ­vice-chairman and CEO of the residential division at Centaline Property Agency. 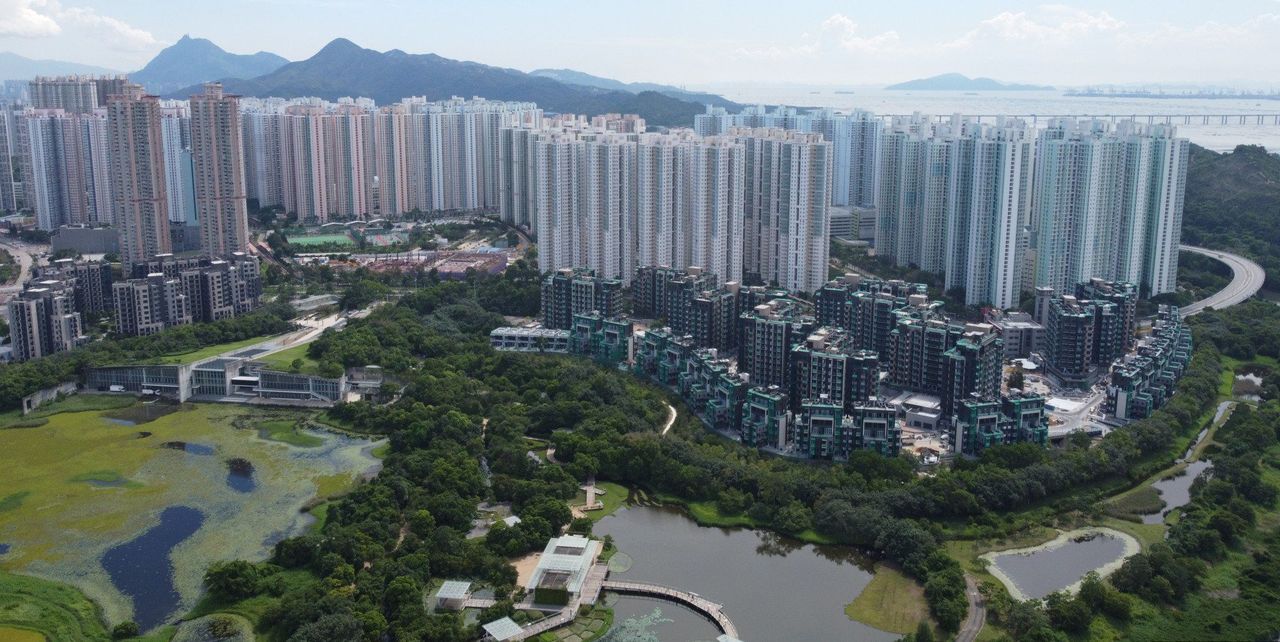 The limited offer came on the day when five of Hong Kong’s largest banks raised their prime rates for the first time in four years, hot on the heels of the 75-basis point increase in the base rate by the local monetary authority. The higher rates kick in a day later at the earliest, with Bank of China (Hong Kong) making its loans more expensive by 12.5 basis points five days later.

Many outstanding home mortgage loans in Hong Kong are based on the prime rate, the rate that banks charge their best customers. The payment of a typical HK$5 million, 28-year mortgage loan with a 2.75-percentage point discount to the prime rate will cost 1.6 per cent more, or by HK$323, to HK$21,029 per month after the latest rate increases, according to mReferral, a local mortgage broker. 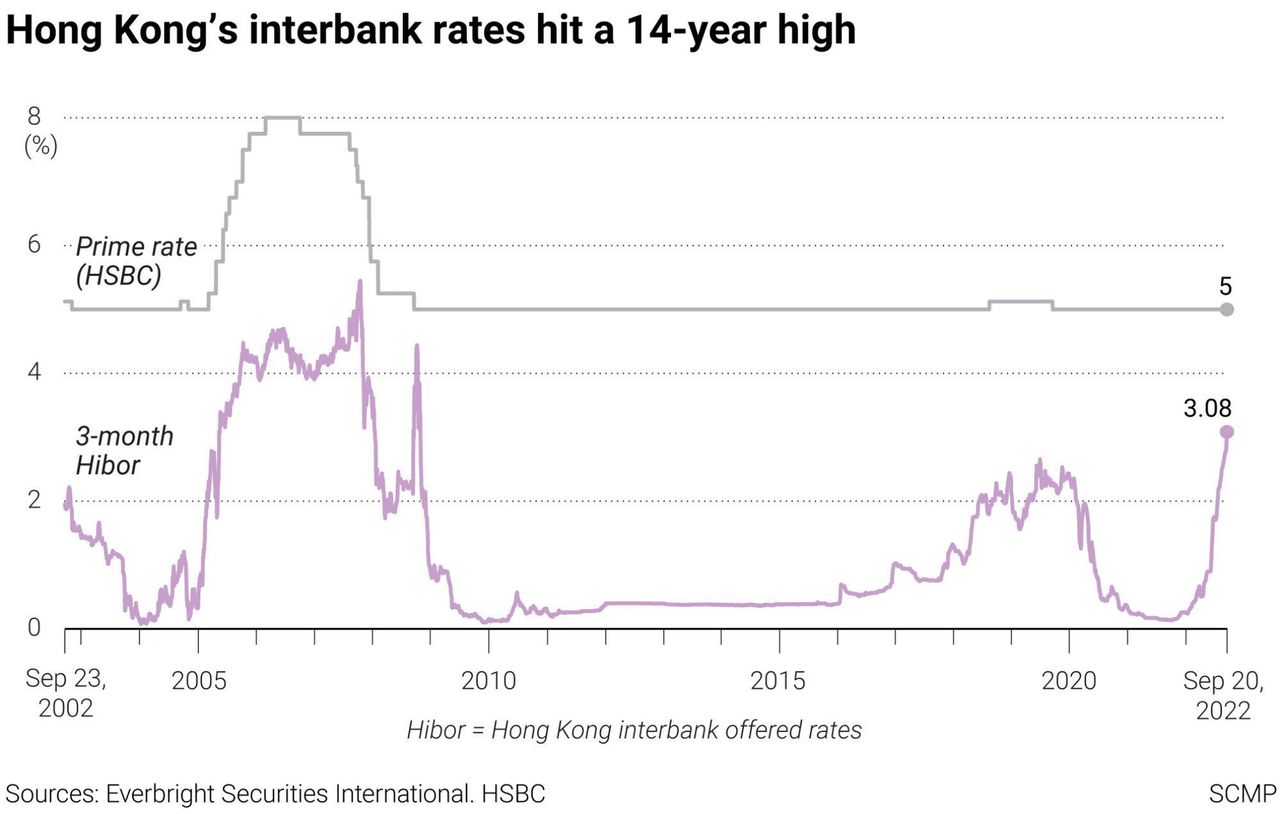 The latest phase of Wetland Seasons Bay received the lowest registrations of interest compared with earlier offerings, when as many as 33 bids were after each unit during a sales launch in August 2021.

It has also fared better than South Land, developed by RK Properties and MTR Corporation at Wong Chuk Hang in Aberdeen, which flopped earlier this week during its launch. The project, priced at HK$35,804 per square foot on average, failed to find a single buyer for the 139 units on offer.

“Interest rates are on an upwards trend, but property is a long-term investment, [so] short-term interest rate fluctuations will not hinder the public’s desire to buy a home,” said Sun Hung Kai Real Estate Agency’s general manager Allen Woo before Thursday’s sale. “Buyers who have actual housing needs have already considered the factor of rising interest rates. In addition, the project provides a fixed-rate second mortgage payment plan.” 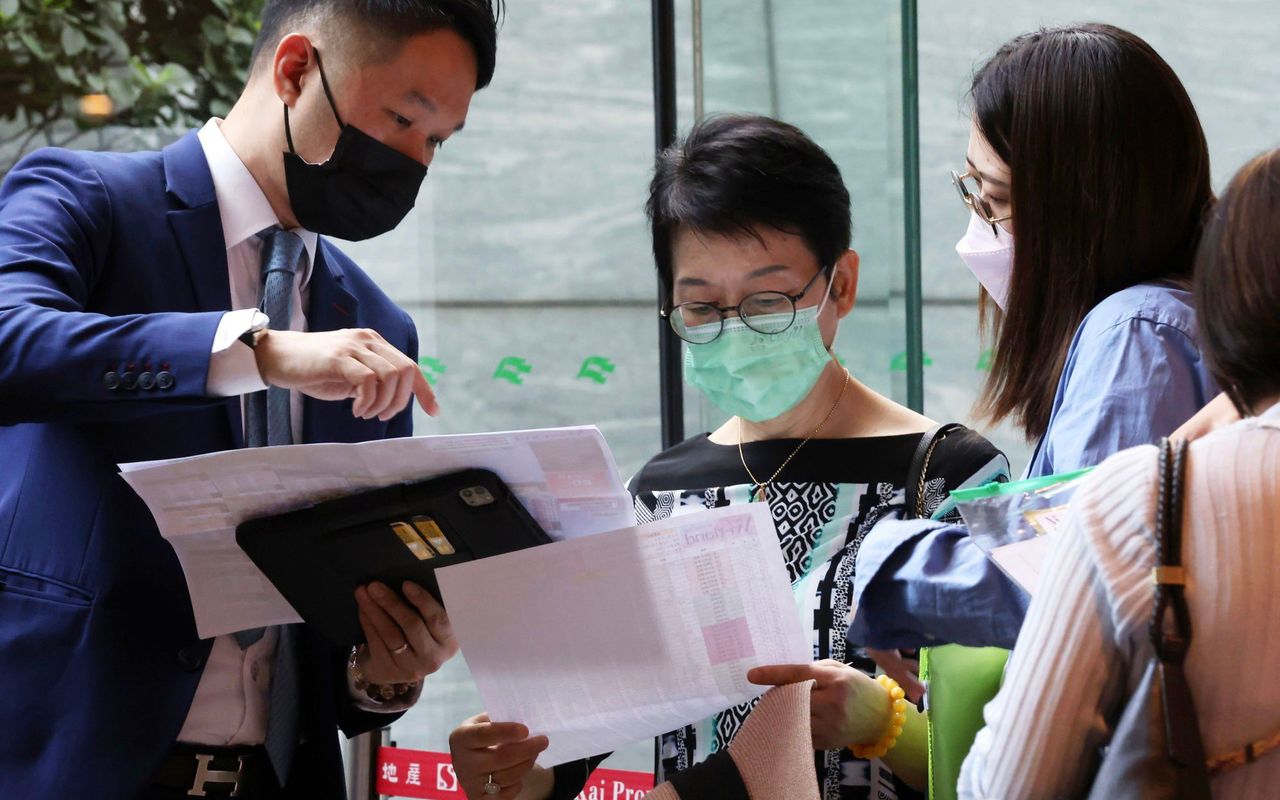 Buyers queued up for the Wetland Seasons Bay phase three in Tin Shui Wai, at Sun Hung Kai Properties’ sales office at the ICC in West Kowloon on 22 September 2022.

A decline in home prices is widely anticipated in Hong Kong, as the city’s economy grapples with a technical recession and interest rates at a 14-year high. Colliers said it expected an overall drop of between 10 and 12 per cent in mass housing prices this year.

The Centa-City Leading Index, a gauge of lived-in home prices compiled by Centaline, fell 0.3 per cent to 171.27 for the week ended September 11, its lowest level since February 2019.

The September index may drop to a level last seen in 2019, after declining by 7.2 per cent over the previous nine months, Centaline said.

“Due to the economic downturn, buyers all hope that prices will be set more cheaply,” said Perry Fong, senior principal sales director at Centaline. “The positioning and unit size of this project are suitable for young people buying their first homes.

“Many young people in Hong Kong want to buy a house and have their own new world, so this project is very popular.”