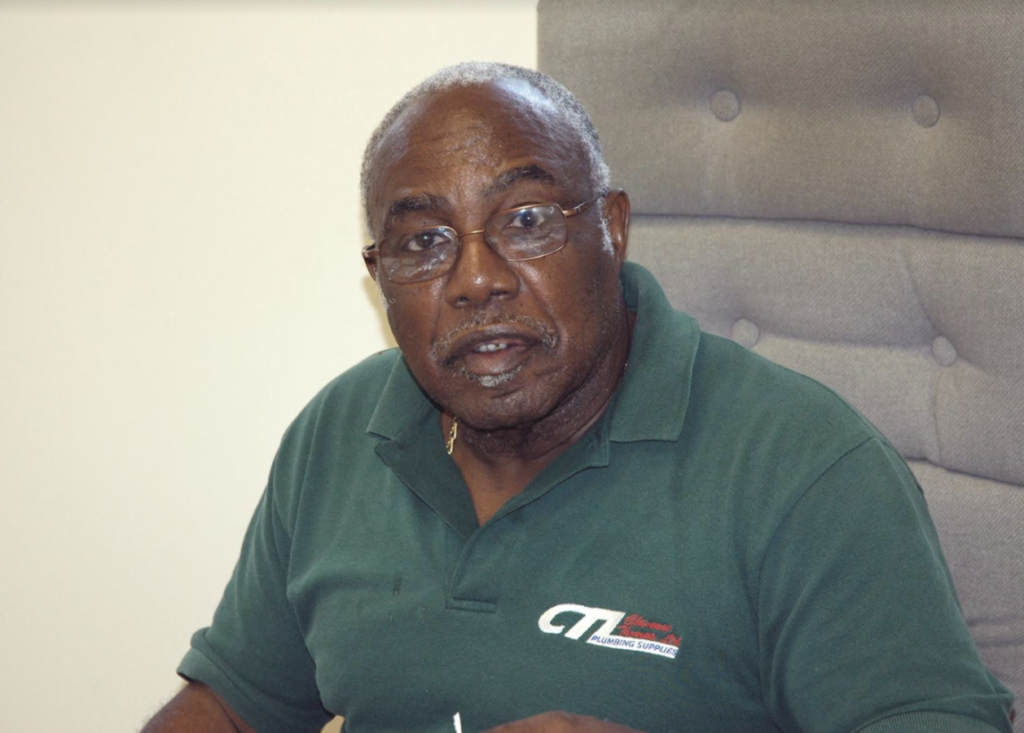 Clarence Cecil Thomas is survived by his immediate family, his wife Maybel Frett-Thomas, his daughter Jacqueline, sons Michael, David and Neil Thomas and many other relatives.

Clarence Cecil Thomas, a pioneer in the Virgin Islands Community was a master plumber having acquired his welding and plumbing skills from a two-year training programme in Puerto Rico, created by the United States Government. After his sojourn in the US Virgin Islands where he became a licensed plumber, he returned home as the British Virgin Islands first licensed plumbing contractor.

In 1965 he formed Clarence Thomas Limited, a Plumbing Company that significantly contributed to the construction of the territory’s hospital and many large hotels. Recognizing the need for Plumbing supplies in the territory, he created a plumbing supply store under a Cherry Tree in his yard in his beloved community of Sea Cow’s Bay.

Clarence exemplified service above self as one of the first members of the Rotary Club of Tortola and a Paul Harris Fellow Awardee. He also received numerous other awards for his pioneering and entrepreneurial Virgin Islands spirit.

Clarence Thomas was a kind and generous man who passed on his plumbing skills to many young men in the Virgin Islands community who became full-fledged plumbing contractors in their own right.

He contributed generously to the country’s education, healthcare, and infrastructure and gave his continuous support to many charities. His legacy lives on through CTL Home Center Limited and his beloved wife Maybel and children Jacqueline, Michael, David and Neil.

May his soul rest in peace.
#the virgin islands
Add Comment