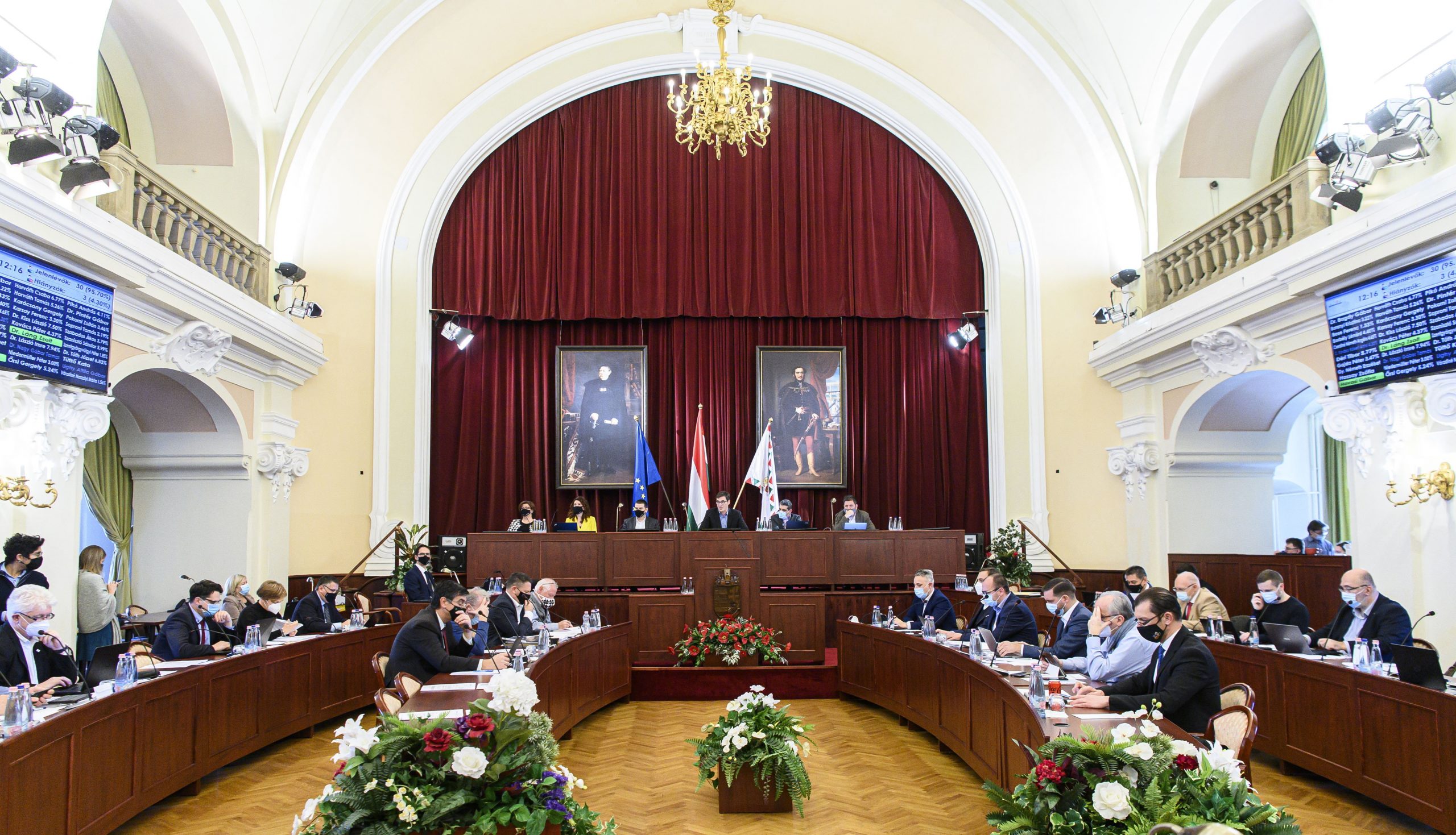 Budapest’s municipal assembly on Wednesday voted to set up an investigative committee to look into alleged plans by the city’s leadership to sell the capital’s City Hall.

The motion to set up the committee put forward by Fidesz group leader Zsolt Láng was approved with an amendment proposal submitted by Budapest Mayor Gergely Karácsony. The committee will be tasked with investigating audio recordings concerning plans to sell the City Hall building and other properties owned by the municipality, as well as the circumstances under which they were leaked. The body will look into possible ties between a businessman in the recordings identified in media reports as Gyula Gansperger and the Fidesz party. The body will also establish if “the way of recording and its publishing has any similarity with Russian-style disinformation campaigns”.

The seven-strong committee, headed by Péter Kovács, Fidesz mayor of the 16th district, will present its report to the assembly at its December meeting.

Karácsony said that setting up a committee to probe “something that did not happen” was of “historic significance”. He said the city leadership had “nothing to fear” and was ready to answer the committee’s questions. City Hall is “not for sale”, Karácsony said, adding that earlier discussions on how to utilise the building’s facilities excluded “any option that should involve selling the property”. “The case before us is an attempt by the System of National Cooperation and the Russian secret services to hack the election campaign,” Karácsony insisted.

According to Karácsony, “the Rahimkulovs, Hungary’s richest family with a Russian background, pretended to be preparing to buy City Hall and started fake talks; the talks were recorded, edited, and published, while the ruling party and its media augured that the building was being sold.”

City councillors also approved a proposal for the municipal council to ask the government for help in matters that “seriously threaten the financial situation” of the Budapest and district councils.

“Whereas the government has seen its tax revenue rise during the crisis, it is bleeding the Budapest local councils dry and reducing their autonomy like never before,” the proposal on the city council’s exercise of the right of referral reads.

The municipal council is asking the government to reduce the so-called solidarity contribution local councils pay into the budget to 10 billion forints (EUR 27 million) and to compensate local councils for their losses in local business tax revenue. As part of its coronavirus crisis relief, the central government halved the local business tax this year for companies with annual turnover of under 4 billion forints and fewer than 250 people on payroll.

The assembly is also calling on the government to build affordable dormitories and housing for Hungarian students and young families in the area earlier designated for a student quarter “instead of building a campus for a Chinese elite university using budget resources”, they said.