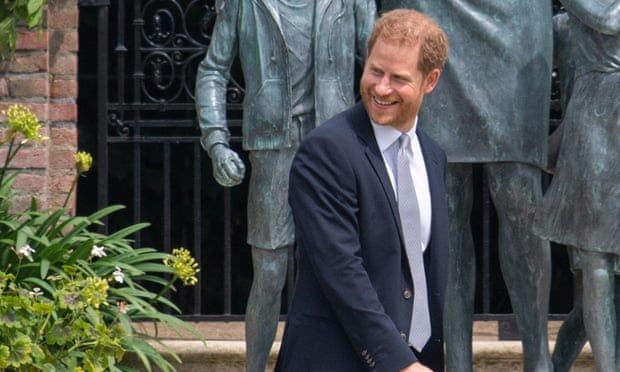 Queen Victoria did it, as did a couple of her granddaughters. And her great-grandson, the Duke of Windsor, famously did so 15 years after his abdication.

So, the Duke of Sussex follows a well-trodden royal path with news that he is penning his “accurate and wholly truthful” memoirs, writing “not as the prince I was born but as the man I have become”.

As shudders, no doubt, convulse Buckingham Palace, the book has a planned publication date in autumn 2022, perfectly timed for the Christmas market, but perhaps not the finale the Queen would have hoped for her platinum jubilee celebrations.

Past royal memoirs are tame in comparison to what Prince Harry could unleash on his family, if his soul-baring screen interviews with Oprah Winfrey are a yardstick.

His efforts are unlikely to compare with Queen Victoria’s published journals, which were by no means scandalous, though she was dissuaded from writing a book about John Brown, the Scottish ghillie and personal attendant to whom she became close in widowhood.

Harry’s musings can best be compared to those of the exiled Duke of Windsor; A King’s Story, published in 1951, and an international bestseller still available on Amazon. His wife, Wallis Simpson, also took up the pen.

“The Duke of Windsor’s was not terribly revelatory or scandalous,” said Vickers, adding that it was beautifully ghostwritten. “I don’t think his or the duchess’s caused any more ructions that you would imagine they would.”

Simpson consulted her former husband when writing her memoirs, though he never wrote his own. “He said: ‘As far as I’m concerned the truth lies at the bottom of the well and anyone who wants to go and look for it is welcome to do so.’ So he did not write anything at all, or ever tell his story,” said Vickers.

Though not especially revelatory, the Duke of Windsor’s account was frowned on given that his mother, Queen Mary, and brother, George VI, were still alive. “By today’s standards it might be regarded as pretty tame,” said Joe Little, managing editor of Majesty magazine. “But 70 years ago, it was seen as all quite shocking, disrespectful and treacherous. I think he saw it as his opportunity to settle scores and did so.”

With Harry reportedly working with the Pulitzer-winning ghostwriter JR Moehringer and the deadline for a first draft rumoured to be in October, its contents are the subject of much speculation, though experts believe that he will be under pressure to up the ante.

“The pressure must be on him to come up with something even more sensational that what we learned from the Oprah interview,” said Little. “It’s hard not to think that Harry would want to redress the balance, as far as he’s concerned, in print, though it’s been done on screen.

“You would think hearts will continue to sink at Buckingham Palace, Clarence House and Kensington Palace. I suppose in an ideal world they would have liked a line to be drawn after the Oprah revelations. But clearly that isn’t Harry’s way of doing things. And so this won’t have been great news for Harry’s family.”

He could revisit the racism allegations he has levelled against the royal household. “Then there’s Meghan’s arrival into the spotlight, her becoming girlfriend, then fiancee, then bride. And, of course, he has a lot of demons still about his childhood and the treatment his mother got both at the hand of the establishment and the media. Also, having to leave the army much sooner that he would have liked might also manifest itself.”

Little added: “You would think it is going to be quite a troubled read in a way. You would hope that by the end of it there will be light at the end of the tunnel. He’s been in North America now for 15 months or so, so clearly he feels he’s turned a corner.”

Sarah, Duchess of York, was fiercely criticised when she wrote My Story, detailing her experience at the hands of the press and the breakdown of her marriage to Prince Andrew. She was accused of cashing in on her royal connections. Harry’s publisher, Penguin Random House, have said proceeds are going to charity.

For the Duke of Windsor, his memoirs brought him back into the spotlight after years of relative obscurity. And, as with any memoir, there are different versions of the story.

So, as Buckingham Palace awaits Harry’s book, it will no doubt think back to the Queen’s diplomatic words following the Oprah revelations, when she said: “Some recollections may vary.”
Add Comment