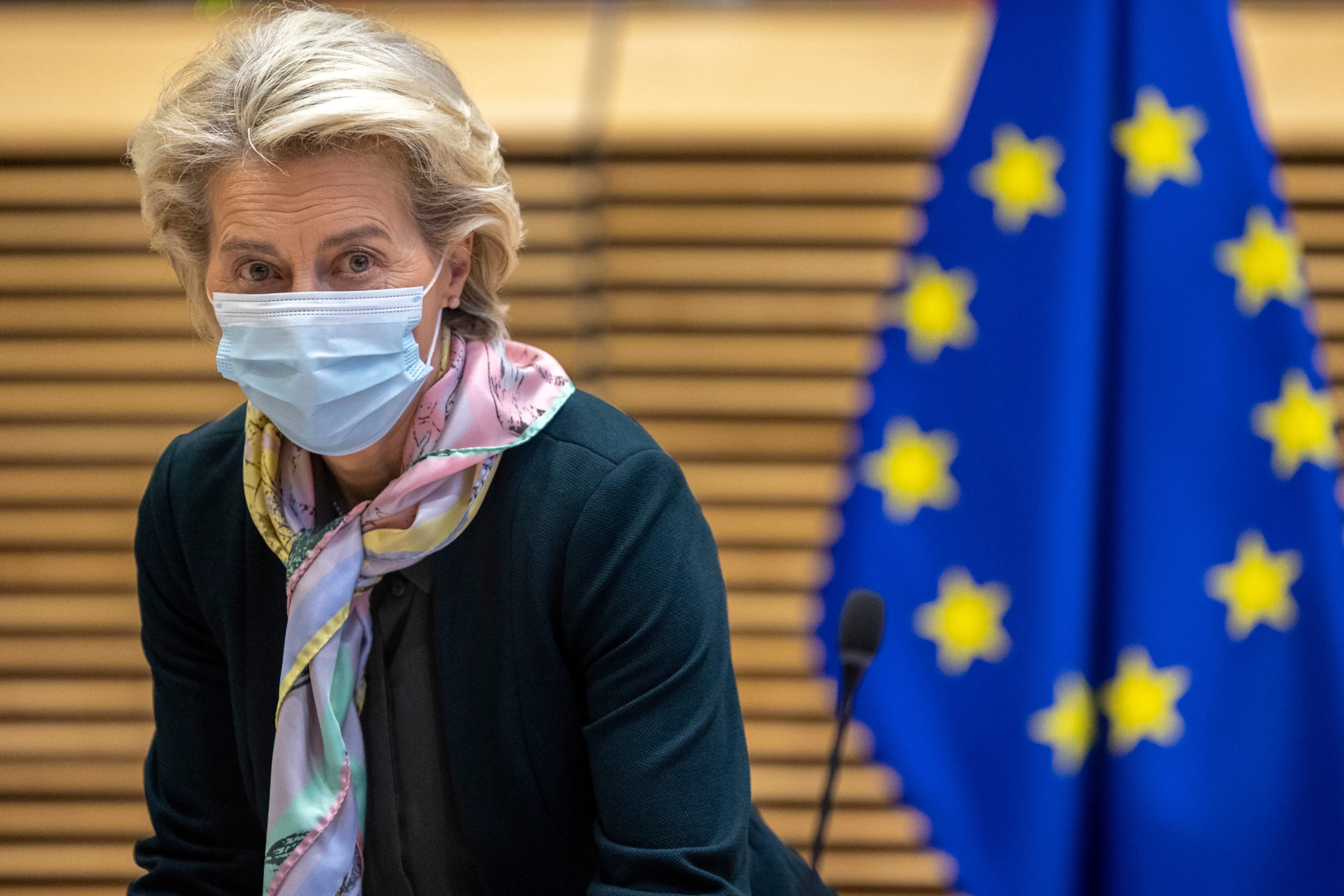 The president of the European Commission, Ursula von der Leyen, on Wednesday in Brussels.

The European Commission has demanded in writing from Hungary and Poland detailed explanations about the impact that the deterioration of the rule of law in both countries may have on the management of European funds. Brussels thus launches the new Conditionality Regulation, which from January 1 allows cutting funds to those partners where proper management is not guaranteed due to the lack of judicial independence or rampant corruption. For the period 2021-2027, Poland has allocated more than 120.5 billion euros in subsidies from the structural, agricultural and recovery funds. And Hungary, 38.600 million from the same items.

The letters sent by the Commission to Budapest and Warsaw are still a preliminary step in the application of the Regulation. But they allow Brussels to buy time while waiting for the European Court of Justice to decide the appeals of Hungary and Poland against a rule that they consider discriminatory and arbitrary. The President of the Commission, Ursula von der Leyen, also tries to calm the European Parliament, which has denounced the EU executive for not activating the new conditionality regulation.

The Parliament demands the opening of files based on article 6.1 of the norm, which would allow cutting off the funds to the offending countries. Von der Leyen, for the moment, demands information from Hungary and Poland based on article 6.4, a preliminary route that raises the threat of cutting funds, but leaves the possible punishment for much later.

Both letters indicate that the situation in the two countries “poses a serious risk to the protection of the financial interests of the Union”, according to the texts to which MRT has had access. And they point out that the request for information is made with a view to the article of the Regulation that allows evaluating whether the conditions provided for adopting measures are met in the event that a violation of the principles of the rule of law affects or threatens to seriously affect the good management of the Union budget.

In the case of Hungary, the Commission is particularly inquiring about the fight against corruption and the public tendering framework. The European Anti-Fraud Office has already carried out several investigations in this regard and has required the reimbursement of hundreds of millions of euros in European aid. But now, for the first time, a system of granting aid is being scrutinized in a general way, which, according to the Hungarian opposition, has allowed Prime Minister Viktor Orbán to channel millions of euros to a circle of entrepreneurs and very beneficiaries. close to power.

The Commission requests information from the Orbán Executive on eight points directly related to the funds. Some questions are of a general nature (“What measures have been adopted to improve the public tender framework (…)?”) And others are very specific, such as the one related to the privatization process of the Budapest airport after having benefited from aid community of 200 million euros. The Commission also demands the data of the 10 largest beneficiaries of the Common Agricultural Policy, information that Brussels could probably obtain for itself, but that will force Budapest to give the portrait of the recipients of such multimillion-dollar aid.

The letter to Hungary also includes six questions on the guarantees of efficiency and impartiality of the investigations of the attorney general’s office. And it warns that the deficiencies detected in this area as well as the absence of dissuasive sanctions can encourage corruption and, therefore, endanger the integrity of European funds.

The third and last section of the Hungarian letter questions the judicial reforms recently undertaken by the Orbán Executive and which, according to Brussels, could endanger the independence of Hungarian judges.

The deterioration of judicial independence is the dominant axis of the letter sent to the Polish Government of Mateusz Morawiecki. In this case, Brussels begins by requesting information on the follow-up that Warsaw will give to the recent judgments of the Polish Constitutional Court that have declared the pronouncements of the European justice on judicial independence incompatible with the Magna Carta.

And the Commission does not seem willing to settle for a response from Morawiecki confirming compliance with the European judgments, but demands explanations on how it will carry it out. “(…) Please explain how the Polish authorities will clear up any potential uncertainties regarding the application of the Treaty and Union legislation relevant to the proper financial management and protection of the EU budget,” the letter claims. sent to Poland.

The Commission also requests explanations from Warsaw on possible political interference in the independence of the prosecution service and detailed information on the investigations carried out since 2016 into cases of corruption, fraud or conflicts of interest in relation to the European funds in which they were involved. senior officials or political figures.

The Orbán and Morawiecki governments have two months to respond to the Commission’s request. Budapest and Warsaw know that they are not in immediate danger of losing aid. But they see a guillotine come down a few inches that could nip in the bud the multimillion-dollar European flow that has contributed to the electoral success of their respective parties, Fidesz and PiS.
Add Comment