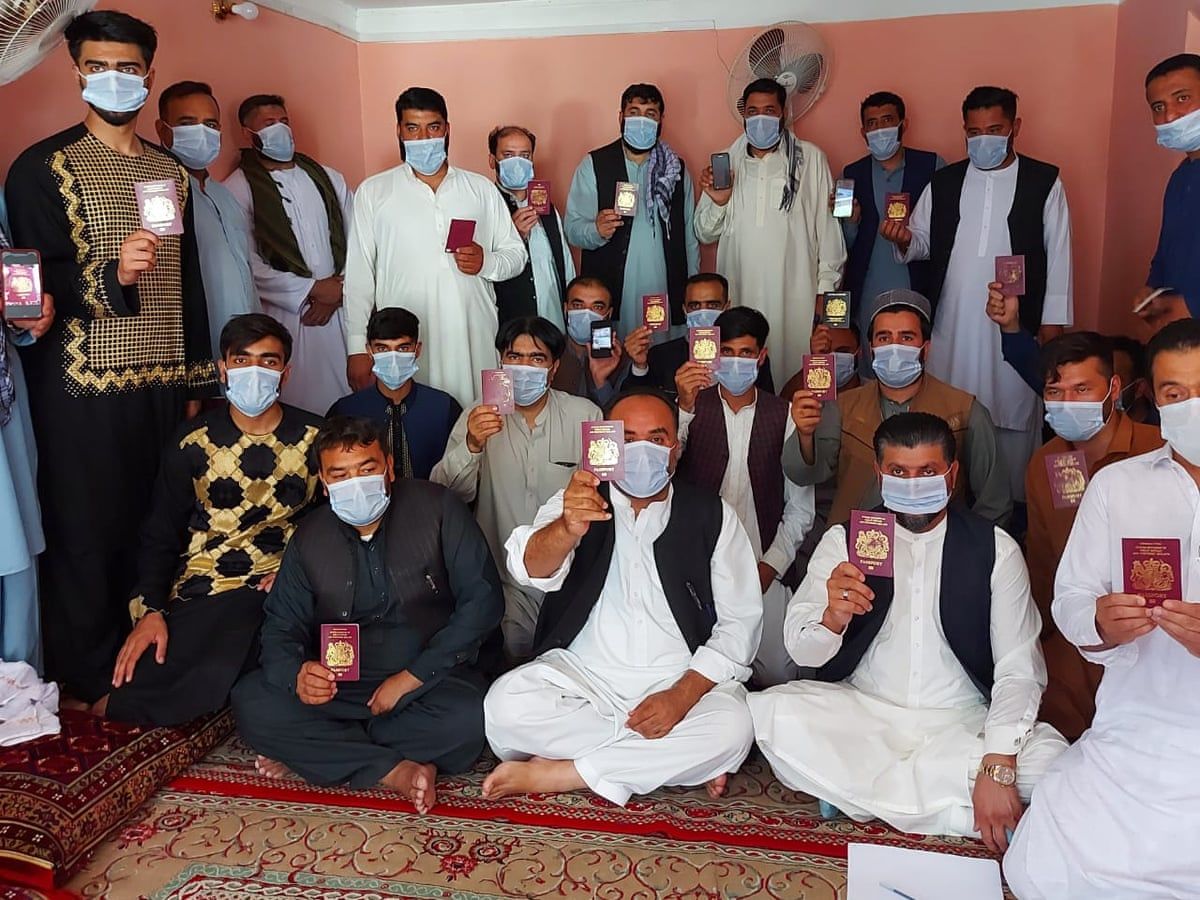 More than 60 British nationals who remain stranded in Afghanistan have criticised the government for abandoning them and their families in an increasingly dangerous situation.

About 20 of the group met outside Kabul this week to record a message for UK officials calling for urgent assistance with evacuation back to Britain.

“We feel very vulnerable as British people here. We are worried we will be targeted by the Taliban. We are asking the government to help evacuate us with our wives and children,” one of group’s coordinators, a mechanic from London, said. “We’re in an extremely dangerous situation.”

The group, which includes engineers, taxi drivers, restaurant workers, a cancer biologist, business owners and IT specialists, is made up mostly of former refugees who arrived in the UK about 20 years ago. Many of them returned to Afghanistan early in the summer, as the Taliban advanced towards Kabul, in an attempt to bring relatives to safety.

Most were instructed to go to Kabul airport for an evacuation flight in August but found they could not get near the entrance due to the thousands of people trying to flee the country.

Many described spending days waving their British passports at soldiers by the airport gates, hoping to be allowed on to a flight.

Since the evacuation ended most described struggling to contact Foreign Office staff, despite sending numerous emails to an FCDO email address created for people left in Afghanistan. “I’ve sent more than 10 emails and didn’t get any reply,” one said.

Almost everyone in the group has a wife or children who do not have British passports. While the evacuation was happening the Home Office was allowing dependants without British passports to flee. However the situation appears to have reverted to standard immigration rules, whereby a visa needs to be secured for dependants.

This causes practical difficulties. “My wife would need to pass an English language test to meet the visa requirements, but there are no language courses for women in Afghanistan and no test centres,” one member of the group said, by phone.

He said he was also unable to provide proof that he could meet the £18,000 minimum income requirement for the spouse visa as his earnings had stopped after he went to Afghanistan earlier this year. “Anyway, there’s no way to cross the border to get to an embassy to process a visa,” he said.

About 10 people in the group said they had been contacted by UK officials offering them a seat on a Qatar Airways flight out of Afghanistan, mostly carrying US nationals, last month. However they said they were told the flight and quarantine hotel costs would be about $3,500, and they were also told that dependants without British passports were not eligible for evacuation on that flight.

Most members of the group said they had been in touch with their MPs, in London, whom they said had written to the Foreign Office on their behalf. But they said they had not had helpful responses.

Nick Thomas-Symonds, the shadow home secretary, said: “It is shameful that we still have a situation where we have British people and their families stuck in Afghanistan with no proper help from the British government. The Home Office should be looking at viable ways to assist their evacuation. We have a moral obligation to help those in Afghanistan – it seems that ministers have forgotten this basic principle.”

The group believes that there are many more British nationals stuck elsewhere in Afghanistan. The Foreign Office said more than 5,000 UK passport holders had been helped to return to the UK since April.