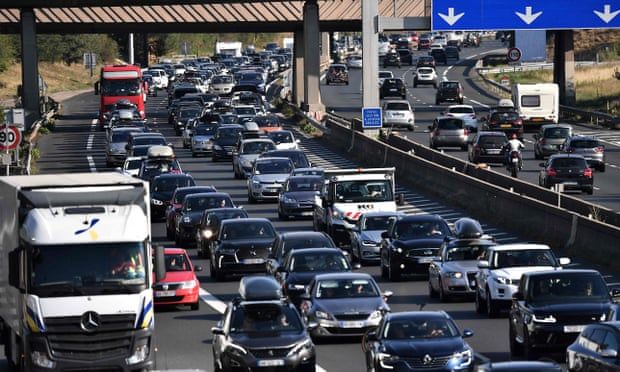 Thousands of British citizens in France have been left without a valid driving licence, or face losing theirs within months, because of bureaucratic overload and the failure of the two countries’ governments to sign a post-Brexit reciprocal agreement.

“I’d say there are 3,000 who are seriously worried – for whom this has really become nightmarish,” said Kim Cranstoun, who moved permanently to France three years ago and whose Facebook group for Britons affected has more than 6,000 members.

“Commuters risk losing their jobs, tradespeople can’t work, elderly people have missed medical appointments. Many British people in France live in quite remote, rural areas, with little or no public transport. Some are thinking of moving back to the UK. It’s quite desperate.”

British photocard licences must be renewed every 10 years, while drivers turning 70 must also renew their driving licences. People with “notifiable” conditions, such as diabetes or epilepsy, must renew their licences more often, every one to five years.

The French government announced late last year that, as a consequence of Brexit, British residents of France would need to exchange their UK licences for French ones, and would have until 31 December 2021 to apply to do so.

Short-term visitors and tourists in France can continue to use British licences.

However, those applying to exchange their licences since January have had their requests systematically rejected by a new French online system, known as ANTS, on the grounds that no reciprocal licence agreement is yet in place between the UK and France.

Driving in France without a valid licence can result in a fine of up to €15,000 (£12,808), while taking the French driving test instead of swapping licences entails mandatory lessons and a daunting French-language theory exam, at a cost of about €1,800.

Government sources suggest a UK-France reciprocity agreement is “close to being sealed”, but not there yet.

The problem has been compounded by administrative overloads at the centres in Nantes and Paris that processed earlier paper exchanges, but became swamped by more than 100,000 applications during 2018 as a possible no-deal Brexit loomed.

That prompted France to drastically limit applications by decreeing, in April 2019, that UK driving licences were valid for as long as Britain was an EU member, and requesting holders not to try to exchange their licences unless they were expiring or lost. 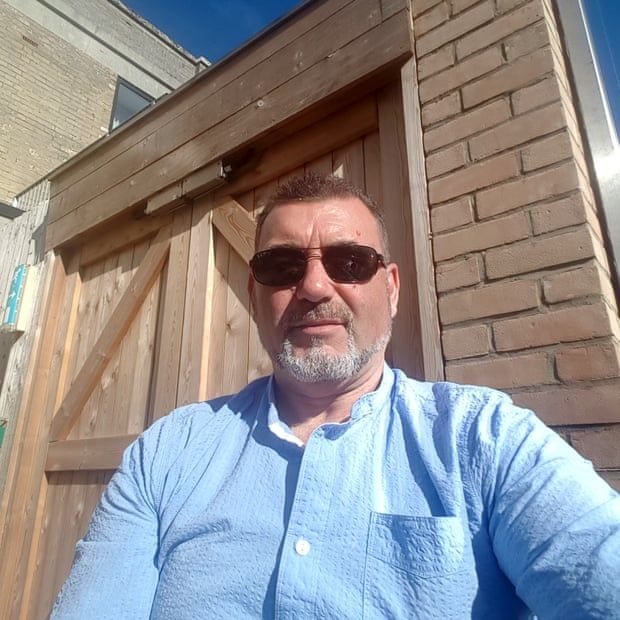 After following advice, Glen Rodger has now been told he can’t drive.

Many Britons duly waited until after the Brexit transition period on 31 December 2020 to begin the process – and now find themselves with licences that either expire soon or already have, and unable even to start exchanging them.

“People followed both governments’ instructions, and are now being punished through no fault of their own,” said Cranstoun. “This is having a massive impact, on working people and pensioners. Unless it’s sorted, we’ll have to take French tests.”

The Living in France section of the British Foreign Office website advises that UK licences “will continue to be recognised in France until 31 December 2021”, but adds: “The rules for exchanging your licence have not been confirmed”.

British residents in Spain have until 30 June to start exchanging their licences, although talks are under way to extend the deadline. In Italy, if holders did not apply to exchange before 31 December last year, they must take the Italian driving test.

Some British drivers are already running out of patience. Glen Rodger, a 57-year-old self-employed builder, moved to west-central France two years ago and applied to exchange his restricted three-year licence – he has diabetes – in November.

“I waited until six weeks before it expired, like I was told,” Rodger said. “It was supposed to take three weeks. And now it’s expired, as of 20 January, and there’s no new applications. I’ve been told I can’t drive, and obviously I’m not insured.”

Rodger estimates the delay has cost him at least €3,000 in lost work. “And real inconvenience,” he said. “We’re 6km or 7km from the nearest shops; an hour from the hospital. My wife has to drive, and she’s been ill. It feels like we’ve been sacrificed.”

Vanessa Parsons, a former primary school head now living in the Limousin region, has been undergoing cancer treatment for the past year. Despite multiple attempts, French authorities did not exchange her husband Terry’s UK driving licence before he turned 70 last July – and, for the time being, cannot.

“We did absolutely everything right,” Parsons said. “Submitted the right paperwork at the right time. We’re in rural France; it’s 3km to the shop and 50km to the hospital. That’s a €120 taxi ride. I have side-effects after my treatment that mean I can’t always drive. We really need his licence. It’s just a huge worry.”

Joshua Opie’s situation is even more Kafkaesque. Now 28, he moved to France with his British parents in 2003 and passed his driving test in France in 2014, swapping the licence for a UK one when he later spent a year in Britain.

Back in France, he applied for a job at the big local bus station in Angoulême, was accepted, and passed his Category D training course, for public transport drivers, with flying colours. He has been waiting for his French driving licence since last August.

“I’ve now lost the job I was promised,” Opie said. “I’ve had to move into social housing with my partner and our son, who’s nearly two. I may have to repay a training course that cost the company €15,000. This has wrecked my life for the past year. It just makes me so angry.”