Four British men have appeared in court in Greece charged with smuggling almost 300kg of Colombian cocaine, concealed in a shipment of bananas.

The four suspects, from London and Liverpool and aged 38, 45, 48 and 52, were arrested last week at a luxury villa in northern Greece.

Greek police allege two of the men are "leaders of an international drug-trafficking ring".

The men made no comments in court, citing their right to remain silent.

A fifth man is also wanted by the police.

According to police, the drugs were transported first to the southern Italian region of Calabria, before being sent on to the port city of Thessaloniki, in northern Greece, where the shipment was seized in a co-ordinated operation by US, Greek and Italian law enforcement officials.

A large amount of cash, a pistol, cartridges and several mobile phones and walkie-talkies were also discovered, police said.

The cocaine, the street value of which is estimated by Greek police at more than €10m (£8.6m), is believed to have been destined for sale in Europe and Australia.

Calabria, where police say the drugs were first transported, is home to the 'Ndrangheta - an Italian mafia which is estimated to control around 80% of Europe's cocaine trade. 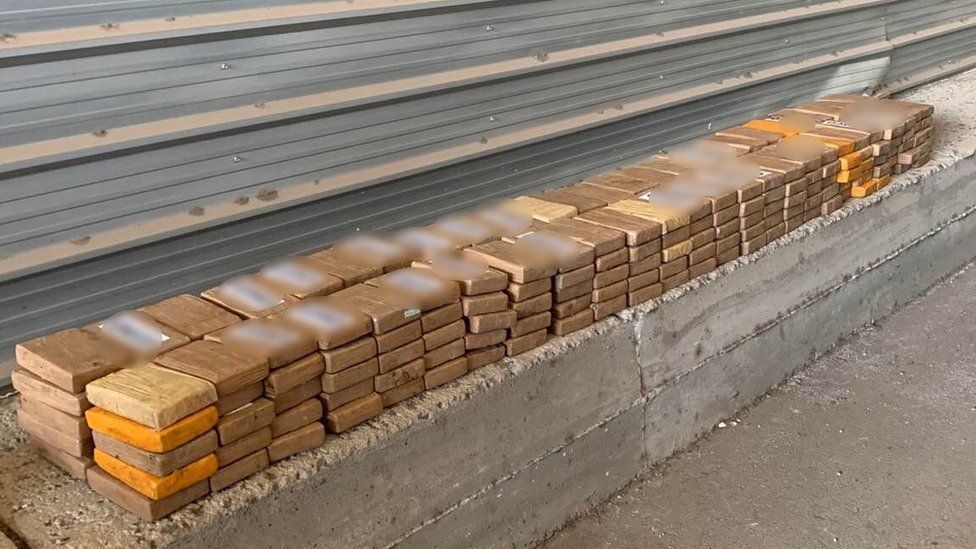 Packages allegedly containing cocaine which have been seized by Hellenic Police 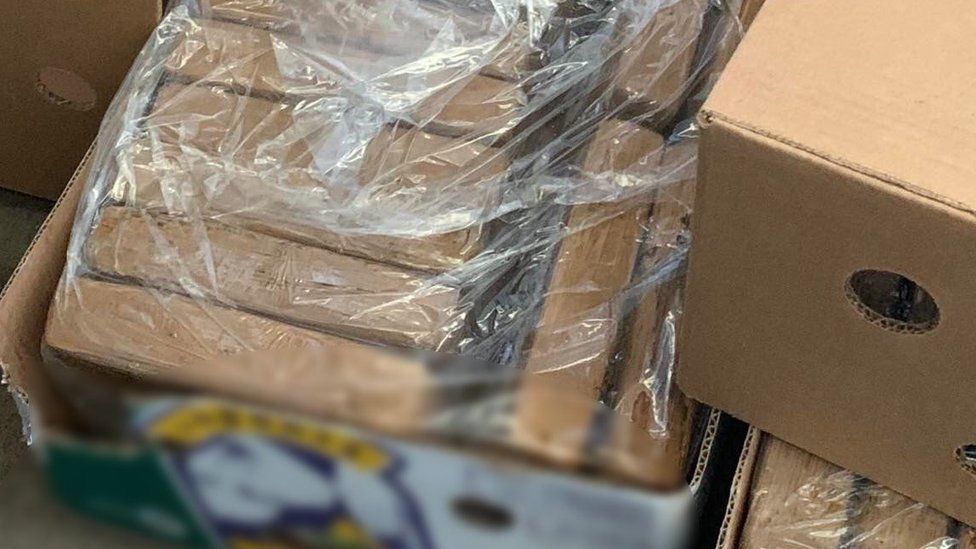 The shipment of cocaine was found hidden in boxes of bananas, Greek police say

The police statement did not refer to the group: however, the police said the shipment was aimed in part at the Australian drugs market, where spin-offs of the 'Ndrangheta enjoy an extensive presence.

The 'Ndrangheta was for years seen as the poorer brother of the more infamous Italian organised crime rings: Cosa Nostra in Sicily and the Camorra in Naples.

But partly because of successive police crackdowns on the other groups, the 'Ndrangheta has now grown to become the most powerful mafia in Italy.

Its operations here and across the world are thought to be worth around €50m a year.

The four British men arrested in Greece will be remanded in custody.

The wheels of Greece's judicial system run notoriously slowly - and it is expected to be at least a year before the suspects face trial.