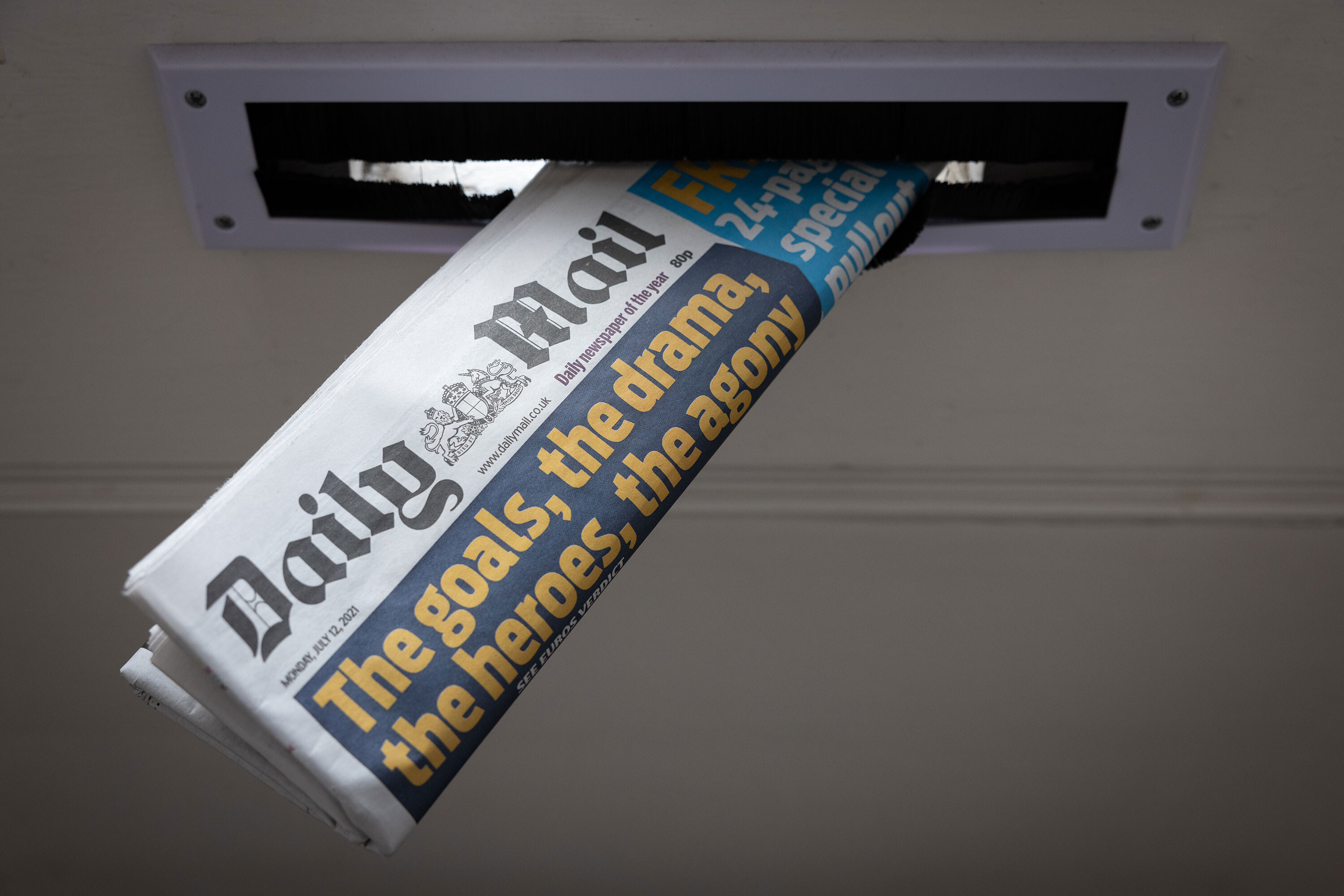 The aristocratic family behind the Daily Mail is considering taking the tabloid newspaper off the London Stock Exchange, further concentrating UK media ownership in the hands of a few rich men.

Daily Mail and General Trust (DMGT) — which owns the Daily Mail, Mail Online, Mail on Sunday and Metro — said in a statement on Monday that the Rothermere family is considering a deal to take the newspaper group private.

It would be part of a bigger restructuring that would include the sale of the company's insurance business and the New York listing of used car dealer Cazoo, in which DMGT owns a 20% stake.

Shares in the company climbed 3.5% in London following the announcement. If both the sale and the Cazoo listing go ahead, the Rothermere's holding company "would be prepared to make a possible cash offer" that values the group's remaining assets at £810 million ($1.1 billion), DMGT said. The Rothermere family already own just over a third of DMGT and 100% of the company's voting rights.

The potential deal would place the Daily Mail and its sister titles squarely in the hands of Lord Rothermere — 53 year-old billionaire Jonathan Harmsworth — whose great grandfather founded the newspaper empire.

Rothermere has a reputation for not meddling in editorial affairs and on Monday reiterated his commitment to the company's newsrooms in an email to staff, part of which was shared with CNN Business.

"We want to reassure you that if this does go ahead, it is business as usual," the memo, co-signed by DMGT CEO Paul Zwillenberg and CFO Tim Collier, said.

"Whilst there will be changes connected to our corporate structure, what won't change is our commitment to maintaining both long-term value in investing through the cycle, as well as a diversified portfolio of market-leading brands," it continued. "That means DMG Media has and will continue to be the cornerstone of the group."

Rothermere is known to be a great fan of the group's newspapers but one who admires them from a distance.

According to the late Peter Preston, who was editor of The Guardian newspaper for two decades, Rothermere "prefers to sit in the shadows and let his editors get on with it."

"He doesn't dictate a line," Preston wrote in a 2016 profile in The Guardian, pointing to the diametrically opposing views on Brexit adopted by the Daily Mail, which supported Britain leaving the European Union, and the Mail on Sunday, which argued in favor of remaining a member, as evidence of this editorial independence.

When long-time Daily Mail editor Paul Dacre stepped down in 2018, he too praised Rothermere for giving him "the freedom to edit without interference."

The Washington Post was owned by the Graham family before it was sold to Amazon's Jeff Bezos. The Bancrofts inherited The Wall Street Journal, which they later sold to Rupert Murdoch's News Corp., and the Ochs-Sulzberger family controls the publicly traded New York Times.

A recent report by the Media Reform Coalition, a lobby group, shows that just three companies account for 90% of print sales, up from 71% in 2015.

When online readers are included, these three companies dominate 80% of the market, according to the report, which described the extent of media concentration across Britain as "a significant problem for any modern democracy."

"Concentrated ownership creates conditions in which wealthy individuals and organizations can amass vast political and economic power and distort the media landscape to suit their interests," the report said.

The Daily Mail and Metro are Britain's second and third biggest newspapers respectively, with a combined daily circulation in 2020 of nearly 1.8 million, according to the report, which cites data from the Audit Bureau of Circulations. The Sun remains the nation's single largest newspaper, with average daily circulation of 1.1 million last year, the report found.