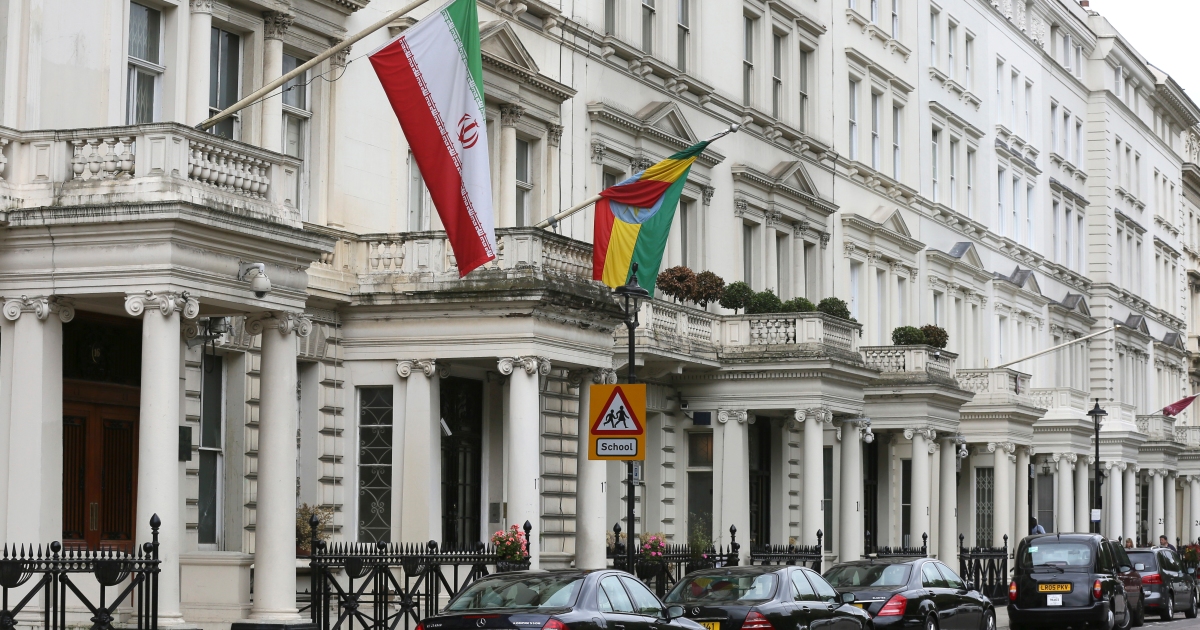 British Council worker freed from Iranian prison, back in UK

Aras Amiri was arrested in March 2018 while visiting family in Tehran and sentenced to 10 years in prison over espionage charges.

An Iranian employee of the British Council jailed for more than three years in Iran and sentenced to 10 years in prison over widely criticised espionage charges has returned to the United Kingdom after being freed, the organisation said.

Aras Amiri won her appeal to Iran’s Supreme Court, the British Council announced on Wednesday. She was arrested in March 2018 during a private trip to visit family in Tehran that did not involve her work at the government-founded cultural organisation, it previously said.

“We have always refuted the original charges made against Aras,” the council said in a statement. “We are very proud of her work in our London office as an arts programme officer supporting a greater understanding and appreciation of Iranian culture in the UK.”

Due to tensions with Western powers, Iranian authorities banned cooperation with the British Council in 2019 and warned that such activity would result in prosecution.

There was no immediate word on her release from Iranian authorities.

But from Tehran, Amiri’s lawyer Hojjat Kermani, confirmed her acquittal to The Associated Press news agency, saying that Iran’s Supreme Court had determined that her earlier espionage conviction in the country’s Revolutionary Court was “against Shariah”, or Islamic law. He did not elaborate.

Kermani said Amiri flew out of Tehran on Monday but had been free in recent months as she appealed a travel ban.

After holding Amiri for months, Iran in 2019 sentenced the British Council worker to 10 years in prison on charges of spying on cultural activities in Iran.

Her arrest highlighted the dangers faced by those with Western ties in Iran after former US President Donald Trump abandoned Iran’s landmark nuclear deal with world powers and piled crushing sanctions on the country.

A number of dual nationals have landed in Iranian prisons in recent years as tensions between Tehran and the West simmer. Rights groups accuse Iran of holding dual nationals as bargaining chips for money or influence in negotiations with the West, something Tehran denies.

A British-Iranian worker for the Thomson Reuters Foundation, Nazanin Zaghari-Ratcliffe, has been imprisoned in Iran for more than five years on spying charges, which have been denied.

After completing her sentence, Zaghari-Ratcliffe walked free from prison last year – only for authorities to sentence her to another year in jail on new propaganda charges.

Zaghari-Ratcliffe’s family links her imprisonment to a long-running $530m debt dispute owed to Tehran by London for Chieftain tanks that were never delivered.

Another British-Iranian dual national, Anoush Ashoori, was sentenced to 12 years in prison at the same time as Amiri and remains in detention.

A United Nations panel has lambasted what it calls “an emerging pattern involving the arbitrary deprivation of liberty of dual nationals” in Iran.

Meanwhile, Western negotiators have raised an alarm that time is running out to resuscitate Iran’s collapsed nuclear deal.

After a five-month hiatus in the talks, Iran under recently elected hardline President Ebrahim Raisi has presented maximalist demands at the negotiating table even as it accelerates its nuclear programme.

Iran now enriches uranium over 60 percent – a short step from weapon’s grade levels – and spins far more advanced centrifuges and more of them than were ever allowed under the accord. Iran insists its nuclear programme is peaceful.