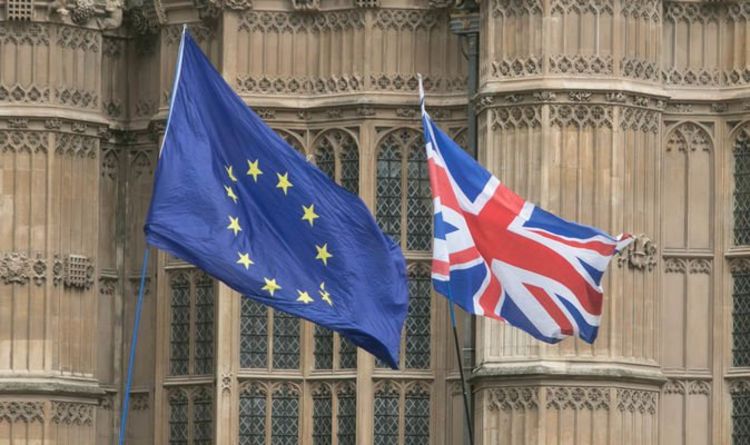 Britain will 'never be sovereign again' unless EU deal is scrapped

BRITAIN will not escape Brussels' clutches if the Withdrawal Agreement remains intact, a former Australian foreign minister has warned.

Alexander Downer, who was the Australian High Commissioner to the United Kingdom from 2014 to 2018, warned that the EU will still be able to impinge on British sovereignty if negotiators fail to secure a free trade deal. Brexiteers have argued that if Brussels won’t agree to bespoke deal the UK could have a much simpler trading arrangement similar to that enjoyed by Australia.

But Mr Downer warned that the EU would still have the power to wield influence over life in the UK because the provisions of the Withdrawal Agreement and the highly controversial Northern Ireland protocol would still be in force.

He said: “[The] Withdrawal Agreement and the Northern Ireland protocol make it very difficult for the UK to have the same sort of trading arrangement with the EU as Australia has. In particular, Australia is an entirely sovereign nation and the EU has no jurisdiction over relations between, for example, Australian states.

“This is in stark contrast to the implications of the Withdrawal Agreement/Northern Ireland Protocol that impinge significantly on UK sovereignty and have jurisdiction over key aspects of Northern Ireland law and relationships between Northern Ireland and Great Britain.”

The former minister also stressed that the trading relationship between Australia and the EU is in reality underpinned by a “multitude of agreements”.
He said: “When commentators criticise Prime Minister for talking of an Australian style agreement with the EU, they are suggesting that this is just code for no deal. Journalists like to say it is the same as the relationship Mongolia or Afghanistan has with the EU.

“This is, to be frank, a little silly. Australia has over 80 agreements with the EU including most importantly an overarching framework agreement for the political and economic relationship. Now that’s not the same thing as having a comprehensive trade agreement covering all goods and services but it doesn’t mean that Australia and the EU have no deals at all.”

Highlighting a key problem in the relationship with the EU, he said: “The greatest obstacle to trade between Australia and the EU is the passion the EU has to protect its agricultural industries. These are amongst the most protected in the world.

If the UK ended up with a true Australia-style deal, he said, Britain would be able to “negotiate a whole series of specific sectoral agreements that would help overcome unintended obstacles to trade” although these would be “piecemeal rather than comprehensive”.