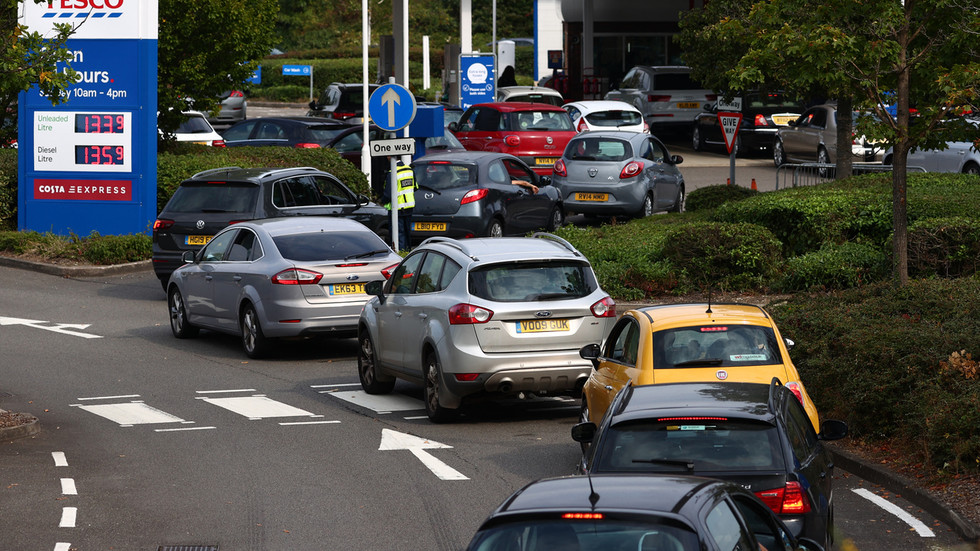 Britain still wrestling with ‘unprecedented demand’ for fuel, as govt ministers contradict themselves over when crisis will end

UK policing minister Kit Malthouse contradicted the Chief Secretary to the Treasury, Simon Clarke, on Friday as government officials gave conflicting timelines for when the country’s ongoing fuel crisis would be brought to an end.

Speaking to the media, Malthouse suggested that the long queues and fuel shortages seen at petrol stations across the UK could last for another “week or so,” contradicting a government colleague who had suggested that officials had addressed the situation.

On Thursday, Clarke had sought to reassure motorists that the fuel crisis was now “back under control,” with the government having outlined a plan to prevent fuel shortages from continuing. The conflicting timelines add to the chaos that has been seen on UK roads in recent weeks, as motorists panic-bought fuel over concerns that the UK is facing an imminent shortage. The government has rejected the idea that there is any need to be concerned, stating that there is not a shortage of fuel, just a lack of HGV drivers to deliver it.

Malthouse reiterated this on Friday, stating that, while there is still “unprecedented demand” in some regions, demand and supply are coming “better into balance”, with a return to normality not expected immediately.

The Petrol Retailers Association has raised concerns in the past week that petrol stations are still running dry quicker than they can secure new fuel supplies from delivery drivers, urging motorists to stop panic buying. The British Army has been put on standby by the government, ready to deliver fuel if needed, as Prime Minister Boris Johnson is preparing to review the current situation, having drawn up a 10-point plan to tackle the fuel crisis.
#boris johnson  #johnson
Add Comment