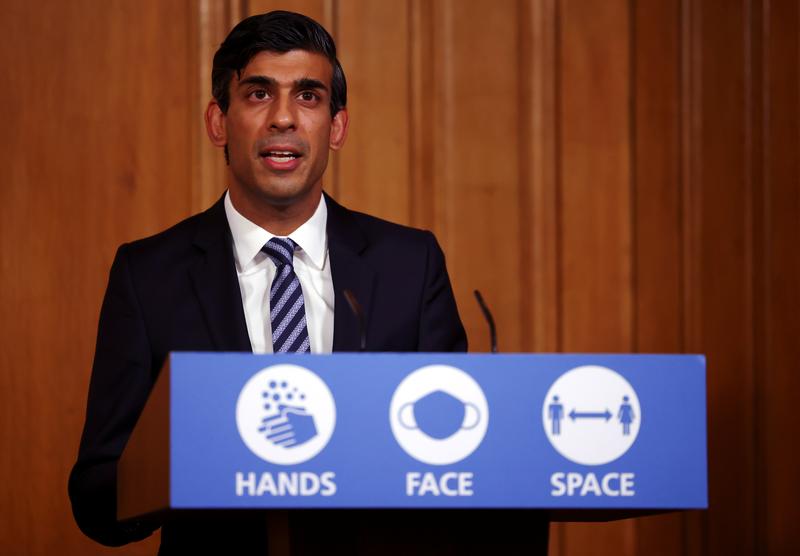 Britain left the door open for European Union financial firms to operate in Britain after a post-Brexit transition period ends on Dec. 31, pledging on Monday to help “renew” the City of London’s pre-eminence in global finance.

Britain left the door open for European Union financial firms to operate in Britain after a post-Brexit transition period ends on Dec. 31, pledging on Monday to help “renew” the City of London’s pre-eminence in global finance.

Finance minister Rishi Sunak said he was no longer waiting for Brussels to decide on access to its markets in return and castigated the EU for holding out on a deal key to Britain’s 130 billion-pound ($171 billion) financial sector.

“Where others might wish to use equivalence as a political weapon, that won’t be our approach,” Sunak told parliament.

The European Commission has said it was waiting for more information from Britain about its intentions to change financial rules before making further equivalence decisions.

Brussels grants access to its markets if the rules for foreign financial firms in their home country are deemed to be equivalent or as robust as regulation in the bloc.

The EU has said it will allow only UK clearing houses to access the bloc for 18 months from January, meaning the bulk of Britain’s financial activities still face being cut off and forcing banks and insurers to use new hubs in the bloc.

London and Brussels remain locked in talks about a broader trade deal less than two months before the scheduled end to the transition period.

Sunak said he would push ahead to grant access for a range of EU financial firms, but he also excluded some key sectors pending further negotiations.

“We are starting a new chapter in the history of financial services and renewing the UK’s position as the world’s pre-eminent financial centre,” he added.

“By taking as many equivalence decisions as we can in the absence of clarity from the EU, we’re doing what’s right for the UK and providing firms with certainty and stability.”

It would also avoid UK banks having to increase capital buffers to cover exposures to EU sovereign debt, but it did not include swathes of securities trading that form a core of existing cross-border activity.

The finance ministry said it was not ruling out further equivalence decisions if they were in Britain’s interests and it remained open to further dialogue with the EU.

“This leaves out 99% of cross-border financial services and is unaccompanied by any corresponding move from the EU to benefit UK firms trading into Europe,” Simon Morris, a financial lawyer at law firm CMS, said of the move.

Sunak set out other measures to bolster Britain’s attractiveness, including a new taskforce to propose reforms to rules for companies that list in London, in a bid to compete with rival centres like New York in attracting tech firms.

He also announced plans for the first sale of “green” government bonds to raise funds for environmentally friendly investment.