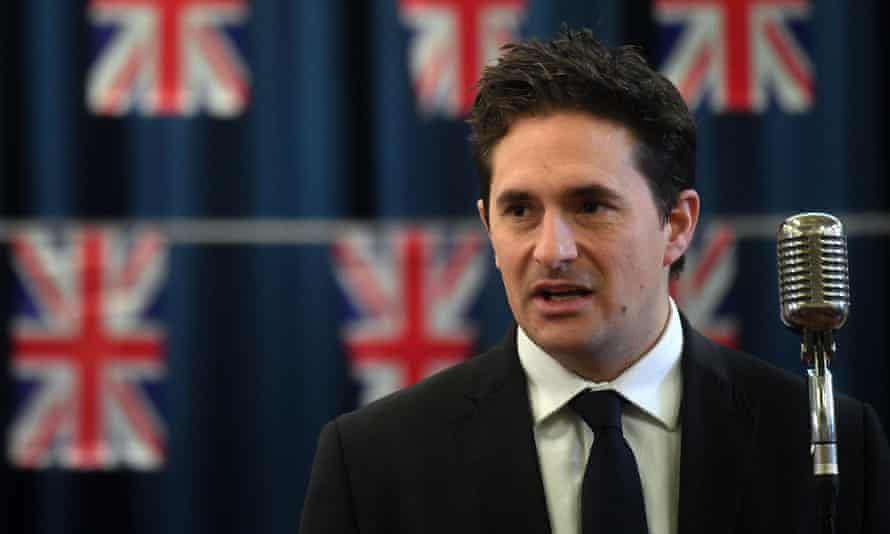 How far towards rogue statehood can Britain go? As of now, the answer is that the government will offer a statutory presumption against prosecution after five years to members of the armed forces accused of murdering civilians or wounding civilians or committing any other war crime covered by the Geneva conventions. But it will not offer a pass to troops accused of sexually abusing or forcing confessions from civilians.

Johnny Mercer’s attempt to limit the rule of law and equality before the law is falling apart at home and abroad.

It will give a de facto amnesty for murder but draw the line at torture and rape. I’m sure you’re relieved ministers have some standards. To show they are the moral leaders of the nation, they added they would also remove their exemptions for prosecutions for genocide. Yes to the odd murder, but no to mass murder.

Until last Tuesday, when George Robertson, the former secretary-general of Nato, led a revolt in the House of Lords, the Johnson administration’s position was that alleged war criminals had a presumption against prosecution for torturing and murdering women, but on no account must they rape them. Last week’s partial retreat came after every retired general, admiral and military judge you can name warned the Conservatives they risked bringing “the UK armed forces into disrepute”.

By tomorrow, the retreat may be a rout. Robertson suspects the Johnson administration does not know what it’s doing – a hypothesis you should never discount. It may agree to remove the statute of limitations on war crimes in its overseas operations bill, along with the exemptions for torture and genocide, in the hope of getting something – anything – through parliament before the bill runs out of time.

It is worth registering that the retreat has not been caused by every important military thinker saying, in the words of former chief of the defence staff, field marshal Lord Guthrie, the bill “would increase the danger to British soldiers if Britain is perceived as reluctant to act in accordance with long-established international law”. If ministers listened to the generals, they’d never have considered this measure. My guess is that they are learning that populism has consequences; that when you beat your chest and thump your tub, mobs aren’t the only people you incite.

The perpetrators of war crimes are licking their lips. On 15 April, the Chinese foreign ministry spokesperson, Zhao Lijian, was asked about the UN high commissioner for human rights warning that the bill “risks undermining key human rights obligations”. The communist party’s propagandist replied: “Some western countries, including the UK, are in the habit of politicising human rights issues and applying double standards.” Last Thursday, the Commons declared China’s persecution of the Uyghurs to be “genocide”. Until the Tuesday of that very week, the government was offering a presumption against prosecutions for genocide. The thought that no rogue soldier or group of soldiers would have the firepower to commit genocide had not occurred to ministers. They went ahead and offered aid and comfort to this country’s enemies regardless.

If the government is all over the place, so is a large section of the political nation. Steve Crawshaw, from the Freedom from Torture campaign, told me it was “truly extraordinary that there has been so little discussion of these beyond-pernicious proposals for torture impunity”.

The absence of debate is more surprising because – Brexit aside – I know of no better example of how populist causes take off, abandon their supporters and betray the best interests of their country.

Veterans have a genuine grievance. In the 2010s, the disgraced UK lawyer Phil Shiner made thousands of allegations against British soldiers who served in Iraq in the hope of winning compensation for “victims” and fees for himself. The Solicitors Disciplinary Tribunal struck him off for spreading “deliberate lies” with the help of “sweeteners” to an Iraqi middleman. (Liberty and the Law Society had previously named Shiner “solicitor of the year”, which can only have added to veterans’ incredulity.) Yet as I said last year, the government is offering nothing to make the prosecution of fraudulent lawyers easier.

In Johnny Mercer, the Conservatives had a political entrepreneur ready to turn legitimate complaint into political capital. The Conservative MP and former army captain took up the cause with full tabloid backing. Although Johnson has not yet put the military top brass alongside the judiciary, BBC management and the senior civil service as villains from the out-of-touch elite, Mercer had no qualms. His arguments struck me as echoes of junior officers attempting a coup in today’s Africa, or 1930s Japan. He puffed himself up and said he was “dealing with people who have been through these investigations, not the generals at the top of the organisation”.

The squaddies’ friend, then, who stuck by men and women the high command ignored. Why then did the bill he oversaw as defence minister cut veterans’ rights to bring civil claims for injury suffered in service? Did he miss those clauses? When Mercer resigned last week, even broadcasters who owed him nothing delighted in his attacks on the government for living in a “cesspit” – it does, but that’s not point. Or they accepted his claim he was resigning over the treatment of Northern Ireland veterans, even though and self-evidently his overseas operations bill is for veterans who served overseas, and Northern Ireland is a part of the UK. Few mentioned that his attempt to limit the rule of law and equality before the law was falling apart at home and abroad. Whatever concessions the government makes tomorrow, those principles will still be compromised. Veterans will still have a legal system separate from everyone else. China and Russia will still use the bill to taunt the UK.

Better to scrap this misbegotten piece of political trickery. If ministers say they promised to help veterans in their manifesto, remind them they also promised not to cut overseas aid and that pledge didn’t last five minutes. Tell them they might try instead to break with precedent and adequately fund their new mental health service for veterans. Suggest they offer psychiatric support to the parliamentary Conservative party as well, when and if their shrinks are willing to take on a real basket case.