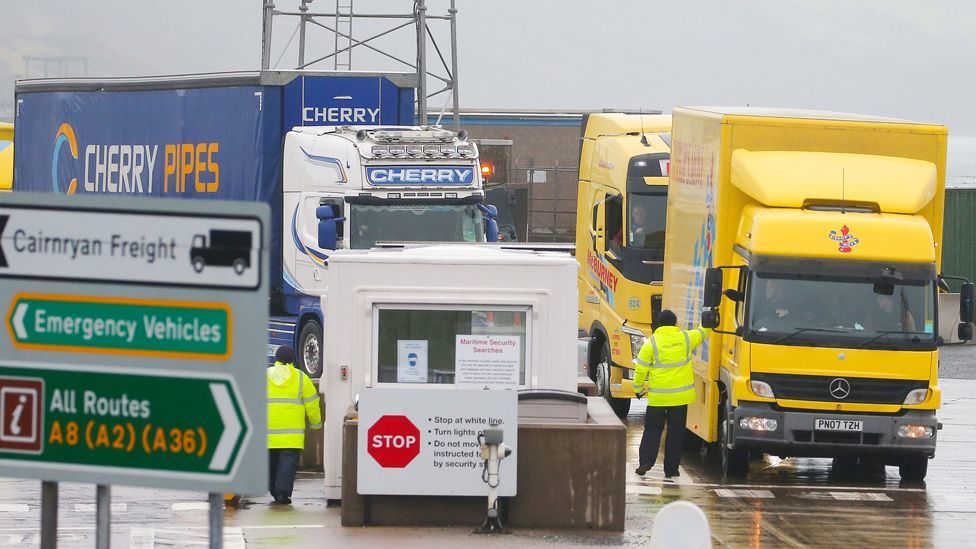 The UK has unveiled a new set of demands to redraw the post-Brexit trading arrangements it agreed with the EU for Northern Ireland.

The government said border checks on goods from Great Britain it signed up to in the 2019 Brexit divorce deal had proved unsustainable.

Brexit Minister Lord Frost said they risked harming business, and were damaging the "fabric" of the UK.

The EU said it would not agree to renegotiate the terms of the 2019 deal.

The checks are included in the Northern Ireland Protocol, a section of the Brexit deal designed to avoid border checks on the island of Ireland.

Lord Frost called on the EU to look on the UK's proposals with "fresh eyes," adding: "We cannot go on as we are."

However, he announced the UK would not be triggering Article 16 of the protocol - which would allow it to suspend parts of the Brexit deal - before talks with Brussels.
He added that the government believed using it was justifiable, but said: "Nevertheless, we have concluded that it is not the right moment to do so."

Lord Frost told the House of Lords there was a "growing sense in Northern Ireland we have not found the right balance, seen in an ongoing febrile political climate, protests and regrettable instances of occasional disorder".

He also called on the EU to agree a "standstill period" to prevent a ban on sending chilled meat products such as sausages from Great Britain coming into force in September, when the full terms of the deal kick in.

He later told reporters it was "perfectly normal to change treaties in the light of experience, and it happens all the time".

In a 28-page document, the UK government suggested changes to:


*  remove medicines entirely from the scope of the protocol 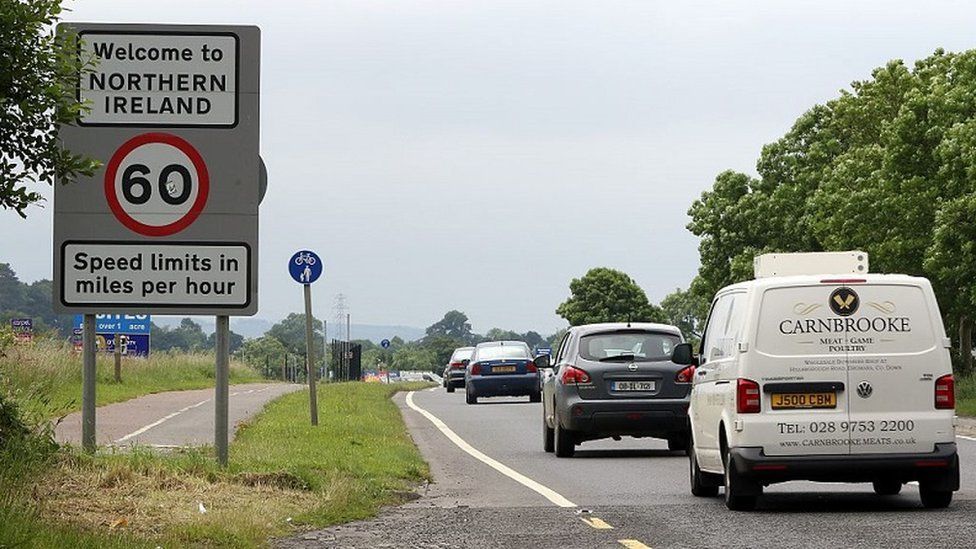 The protocol was agreed to prevent the return of a hard border between the Irish Republic and Northern Ireland, as both the UK and EU want to prevent any return to the Troubles, which lasted 30 years and cost more than 3,500 lives.

Under its terms, Northern Ireland effectively remains part of the EU's single market for goods, meaning it complies with standards set by Brussels.

The biggest practical difficulty, in trade terms, concerns the movement of food from Britain to Northern Ireland, which could then be transported into the EU via the Irish land border.

The prime minister's former chief adviser, Dominic Cummings, has told BBC political editor Laura Kuenssberg that the protocol had been a "fudge".

Both sides had wanted to "sign up to something that was not what either side really wanted and which punted difficult questions into the future to figure out later", he added.

European Commission Vice-President Maroš Šefčovič said the EU was willing to "seek creative solutions within the framework of the protocol" to ease border issues.

But he added the 27-member union would not agree to a "renegotiation" of the Brexit deal.

"Respecting international legal obligations is of paramount importance," he added.

DUP leader Sir Jeffrey Donaldson said: "We welcome the acceptance from the government that the protocol is not working, that it is causing real harm to our economy in Northern Ireland and it is simply not sustainable."

He called the UK government's statement - and its publication of a command paper describing its demands - an "important first step".

However, Sinn Fein Brexit spokesperson Declan Kearney called on the UK government to "stop the evasion" and "get on" with implementing the deal it agreed.

"It is not acceptable for the Tories to adopt an a la carte approach towards the protocol, to rewrite history, and now attempt a renegotiation," he added. 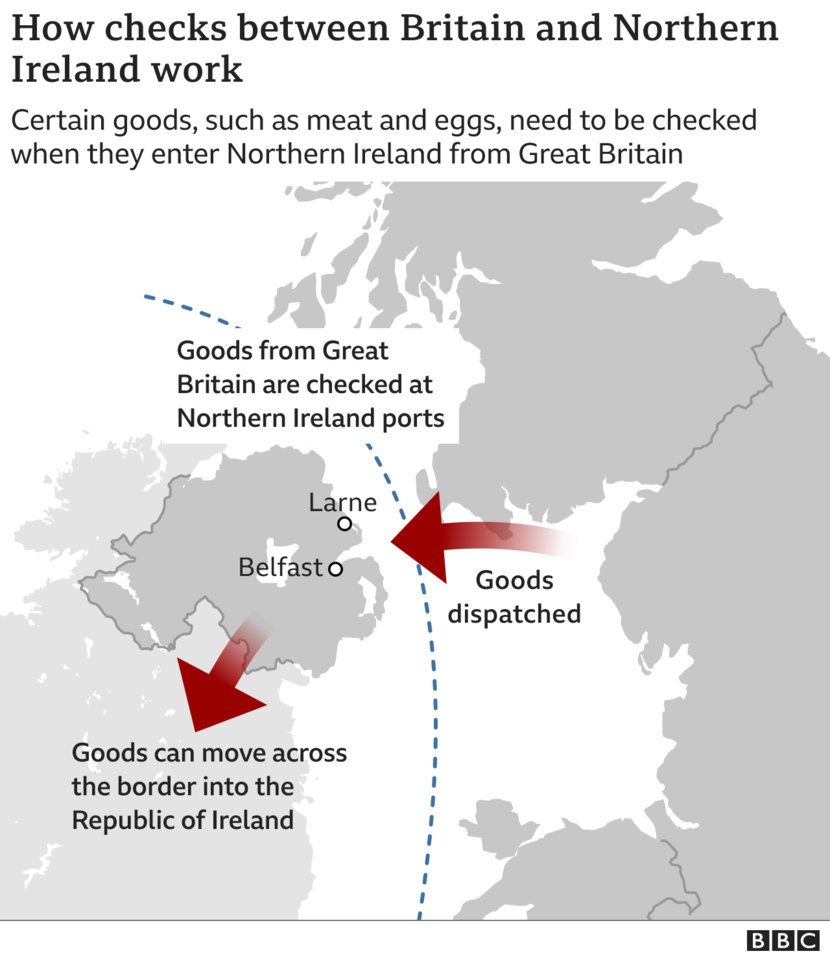 Industry group Manufacturing NI said the UK's proposals would create "confusion and uncertainty for business" and were likely to "create conflict with the EU".

It called on the EU to "go further to ensure the UK's market works for business and consumers in Northern Ireland".

"Both parties owe it to the people in Northern Ireland to skip the drama and get on with dialogue and decision making," the body added.

"Communities are tired of these games and the political stalemate," she added.