A BOSS has been blasted for introducing an extreme office rule that punishes staff for being ONE MINUTE late.

A poster explaining the draconian rules has gone viral after a disgruntled employee posted it on social media. 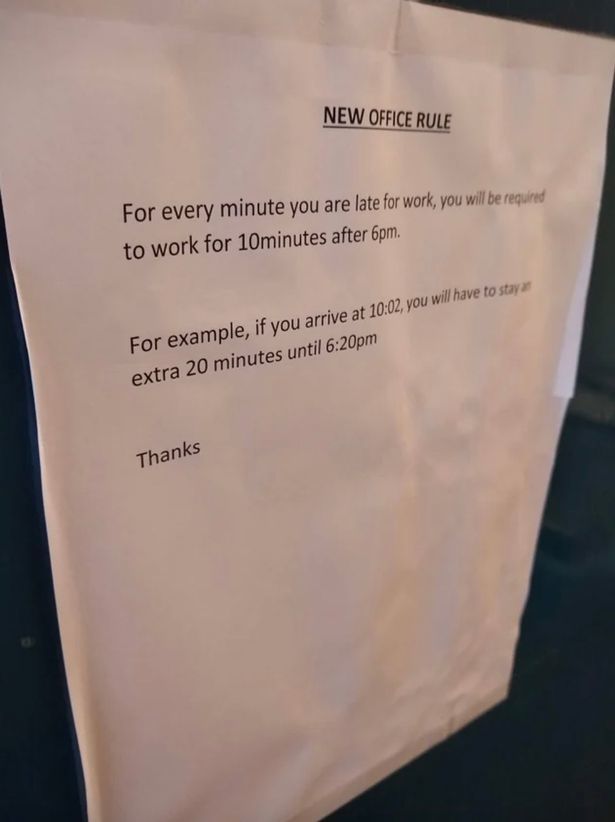 A boss has introduced a severe punishment for lateness

He captioned the snap: "Shout out the worst place I ever worked (minimum wage, of course)."

The sign reads: “New office rule: For every minute you are late for work, you will be required to work for 10 minutes after 6pm.

Thousands of people rushed to the comments to give their two cents on the harsh rule.

One person wrote: "That seems really dumb and highly illegal."

However, some people agreed with the boss - saying that lateness should be punished.

One person pointed out: "It’s honestly so easy to show up on time though… like. I get to work 10 minutes early."

And another agreed: "How about being on time? Quit your whining."