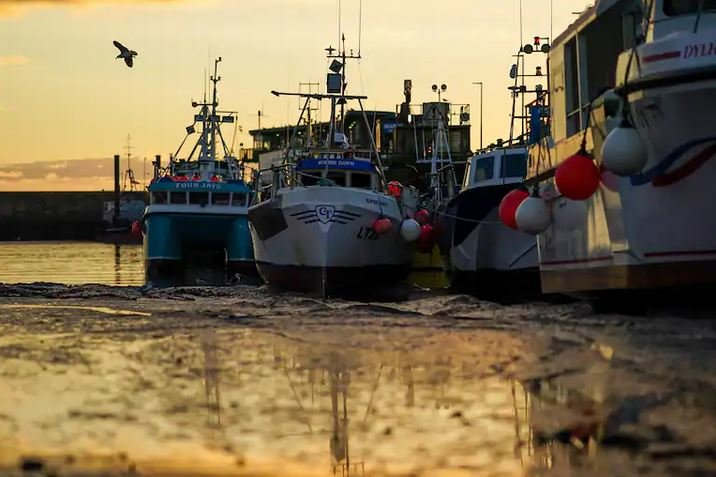 In the end, is it all about the cod?

It appears that the world’s most prosperous and closest trading partners are willing to go to the brink, and let their economies sink, because of mackerel, herring and sole.

British Prime Minister Boris Johnson on Friday warned his citizens to brace themselves for a collapse of trade talks with the European Union and for a no-deal, hard Brexit at year’s end.

He may be posturing — trying to project a tough stance for the benefit of E.U. negotiators or his domestic audience. But as they try to sort out what happens after a Brexit transition period expires in December, Britain and the E.U. really do seem at an impasse over fish.

Johnson complained: “They want the continued ability to control our legislative freedom, our fisheries, in a way that is obviously unacceptable to an independent country.”

French President Emmanuel Macron insisted that French pecheurs should not lose their rights to extract mackerel from the English Channel.

“Under no circumstances will our fisherman be the ones sacrificed for Brexit,” Macron told France’s RFI radio on Friday as he arrived in Brussels for a European summit. “We didn’t choose Brexit — this is the choice of the British people.”

If Britain does not permit French fishermen in its waters, the E.U. would have no choice but to block energy supplies to the U.K., Macron said.

That is worth repeating. The French president is threatening to launch a crippling energy embargo against Britain over fishing rights. 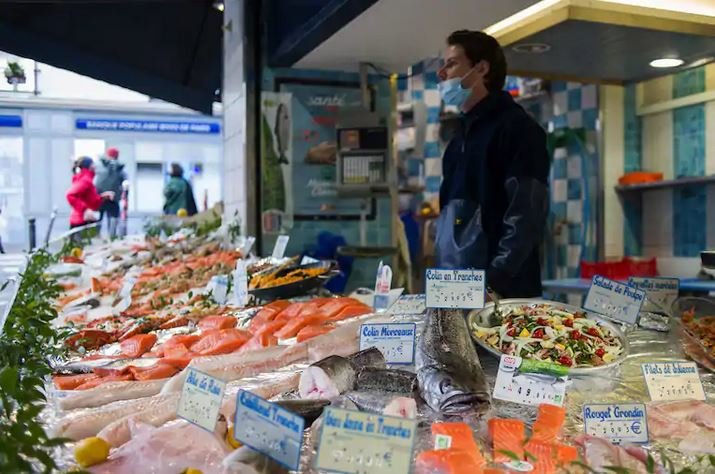 A selection of fish is on display at a market in Paris. Most of the fish caught in British waters aren’t eaten by Brits, but go to France and Spain.

It has escaped no economist’s notice that fishing represents just 0.12 percent of Britain’s gross domestic product, which the Times of London pointed out is nearly 60 times less than the capital’s financial services sector.

French fishing amounts to maybe 1 percent of its GDP, with comparable numbers in the Netherlands and Denmark.

Those three E.U. countries rely on British waters to fill their nets. A quarter of France’s national catch comes from Britain’s fecund waters.

To be sure, an agreement on fish is not the only thing standing in the way of a post-Brexit trade deal. The two sides are also fighting about “level playing fields” and state subsidies and Irish customs duties.

But fishing has particular resonance. It plays into the romance of ancient fights between Britain and France, as well as the nationalism that drove Brexit.

During Johnson’s winning campaign for Brexit in the summer of 2016, the future prime minister stirred passions with the idea that foreigners were taking too many English fish. 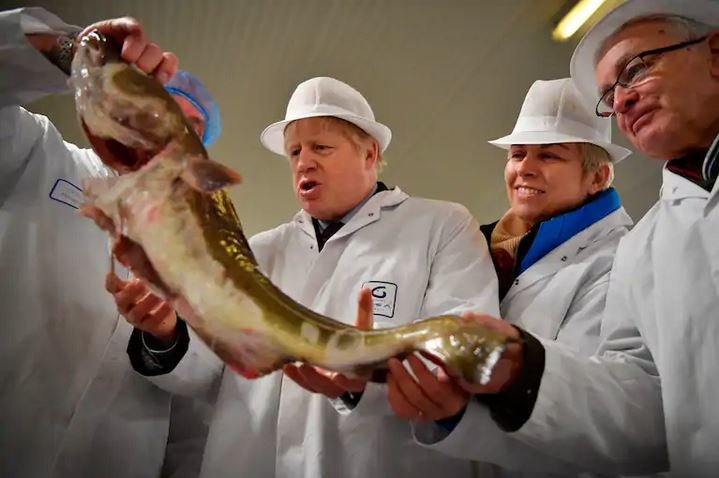 Since then, fishing has played an outsized role in the Brexit negotiations, said Simon Usherwood, professor of politics at the University of Surrey.

“In objective, economic terms this is a pretty trivial part of the economy, both on the E.U. and U.K. side. This isn’t really about economics, it’s much more symbolic,” he said. “But it reflects the whole way Brexit has gone. We focus as much on the symbolic as we do the substantive.”

Standing firm on fishing, Macron suggested in a news conference this past week, would help Johnson claim at least a partial victory in the event of a no-deal outcome.

“Fisheries is a topic used tactically by the British. Why? Because, in the event of no deal, it’s the only topic where Boris Johnson can say he won,” Macron said. “If there’s no deal, European fishermen will not have access to U.K. waters at all. This is the reality.”

“We will negotiate with calm and great firmness,” Beaune said. 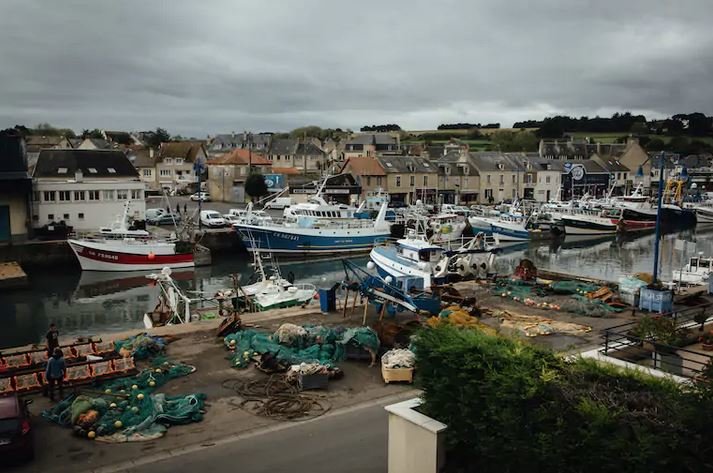 Fishing trawlers are moored at the harbor in Port-en-Bessin, France. 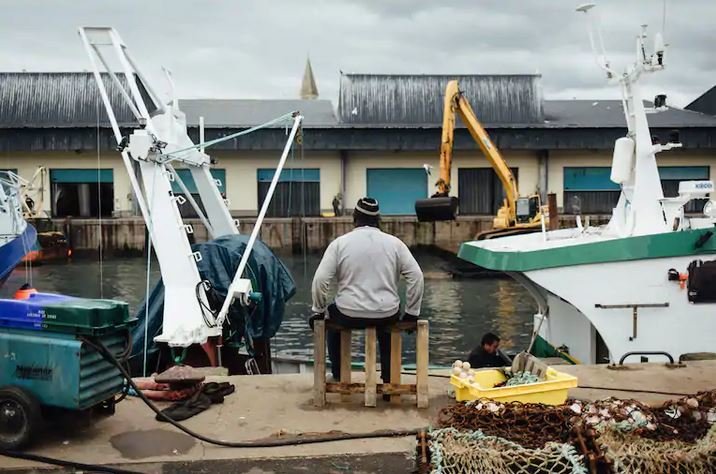 A fisherman sits on the dock in Port-en-Bessin, France.

The French have already rejected a proposed compromise that would have resulted in annual renegotiations of fishing quotas between France and Britain. As Beaune put it on his visit to the beaches of Normandy: “Too much complexity, not enough visibility for fishermen.”

Beyond political showmanship, many fishermen on France’s cold, rocky northern coast have voiced anxieties about the future of their industry, especially after devastating months of lockdown during the coronavirus pandemic.

“If it’s a no-deal, it will be chaos! We will have to put boats at a standstill, because we won’t be able to fish anywhere,” said Dimiti Rogoff, the president of Normandy Regional Fisheries Committee, speaking to France’s Les Echos newspaper.

Sophie Leroy, who owns and operates four fishing boats with her husband, said nearly 80 percent of their catch comes from British waters. A no-deal Brexit would be crippling to French fishing, she told Les Echos, it could hurt British fishing, too.

“If there’s a no-deal, we won’t let a single British fish enter our French ports,” Leroy said. “We aren’t going to sacrifice our companies and just let the English market their products.”

Brexit’s genius slogan “take back control” fits nicely with the narrative of Brits unilaterally controlling who gets to fish in their waters. But fisheries management is a global negotiation.

Meanwhile, Brits are partial to prawns, which come from outside of British waters.

“Fish aren’t always where the consumers are,” Usherwood said. “The nice, simple narrative that we should be able to fish in our waters neglects what happens to the fish after you catch it.” 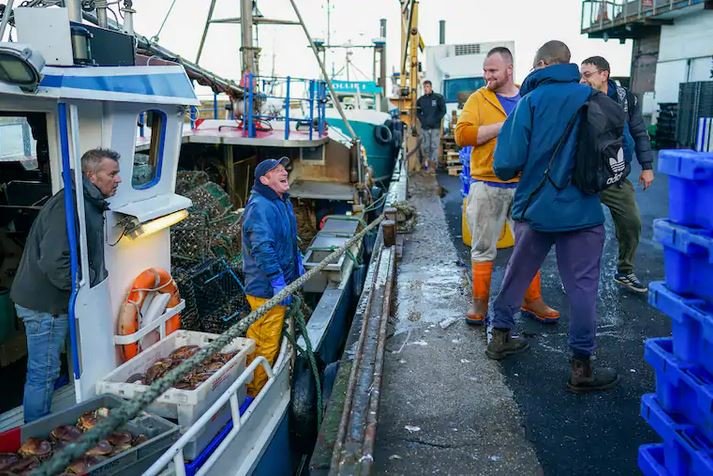 Barrie Deas, chief executive of the National Federation of Fishermen’s Organizations, said the British fishing industry has been “badly treated” by the E.U.

When Britain joined the European Economic Community — the precursor to the E.U. — in the 1970s “fishing was really sold out. It was considered expendable, and that tied us into an asymmetric and exploitative relationship for 40 years,” he said.

In Deas’s assessment, what Johnson’s negotiators want is “nothing very extraordinary, just the usual relationship that two coastal states that share stocks have with each other. I think what we are looking for is the international norm.”

Still, Deas concede is that fishing “has become symbolic of Brexit.”

Martyn Boyers, chief executive of Grimsby Fish Market on England’s northeast coast, said fishing is “low in economic significance but very high in emotional significance. So fishing has taken center stage, which is unique for us. Normally, no one bothers about fishing.”

Yet Boyers said he wanted to make a subtle but very important point. The British fishing industry wants not only to regain control of its waters, but to freely import and export with Europe, through its processors.

In Britain, Boyers said, 80 percent of the fish Brits catch is exported, and 80 percent of what Brits eat — mainly cod and haddock for fish and chips — is imported.

So free trade is crucial.

Much of the fish at Grimsby Fish Market comes from Norway and Iceland via shipping containers. It’s not caught a few miles from shore, and, in fact, Grimsby doesn’t have much a local fishing fleet these days.

Referring to the negotiations, Boyers cautioned, “Whilst the emphasis is on Europeans entering our waters, we also have concerns about quotas, trading and tariffs from the Iceland and Norway side.”

Meaning? “At end of the day, we hope sense will prevail and will come out with a reasonable solution. But it is complex.”

He said, “We used to be the fifth-largest fishing port in the world. We aren’t now. The only way we can go is upward.”