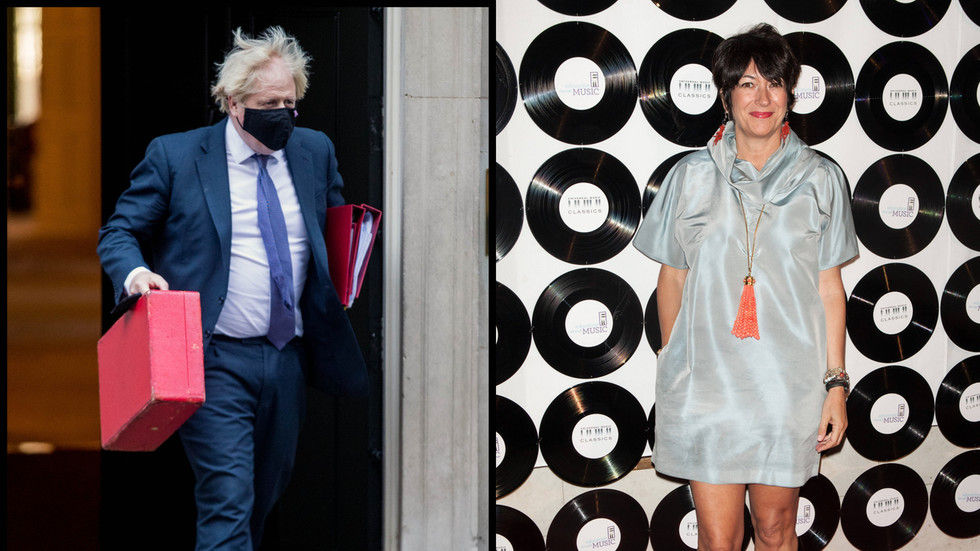 Ghislaine Maxwell, charged with aiding and abetting the sexual predations of pedophile Jeffrey Epstein, once rested “a high-heeled boot” on Boris Johnson’s thigh at an Oxford common room, the prime minister’s sister has revealed.

“It’s hard not to feel a batsqueak of pity for Ghislaine Maxwell – 500 days and counting in solitary confinement,” Rachel Johnson wrote in The Spectator, where her brother was editor before his rise to power.

Johnson describes Maxwell as “a shiny glamazon with naughty eyes holding court astride a table” in the junior common room at Balliol College while resting her high-heeled boot “on my brother Boris’s thigh.” Maxwell purportedly gave her a “pitying glance” and invited her to a party that was eventually disbanded by “her father, Bob, coming out in a towelling robe and telling us all to go home.”

Newspaper proprietor Robert Maxwell, who was rumored to have worked with Israeli intelligence, was found dead in the Atlantic Ocean in 1991, having, it was presumed, fallen overboard from his yacht, Lady Ghislaine, off the Canary Islands. He was buried in Israel.

His daughter Ghislaine was arrested in the US in July 2020, and charged with six federal crimes, including sex-trafficking, enticement of minors, and perjury, in relation to her dealings with the controversial financier Jeffrey Epstein. Epstein pleaded guilty to sexual abuse of minors in 2008, but was given a lenient settlement. He was arrested again in July 2019, when new details of abuse – also implicating Maxwell – emerged, and was found dead in his New York jail cell a month later, officially due to suicide.

Maxwell’s trial is scheduled to start at the end of November. In her first interview with the media since the arrest, she told the Daily Mail last week that her conditions inside the Brooklyn jail were a “living hell” of solitary confinement, rotten food, and sleep deprivation.

“I have been assaulted and abused for almost a year-and-a-half,” she said, complaining that the lights in her cell were never turned off, and that “creepy” guards stare at her while she showers. Maxwell insisted she was innocent and “played no part in Epstein’s crimes,” which she said she would prove in court.