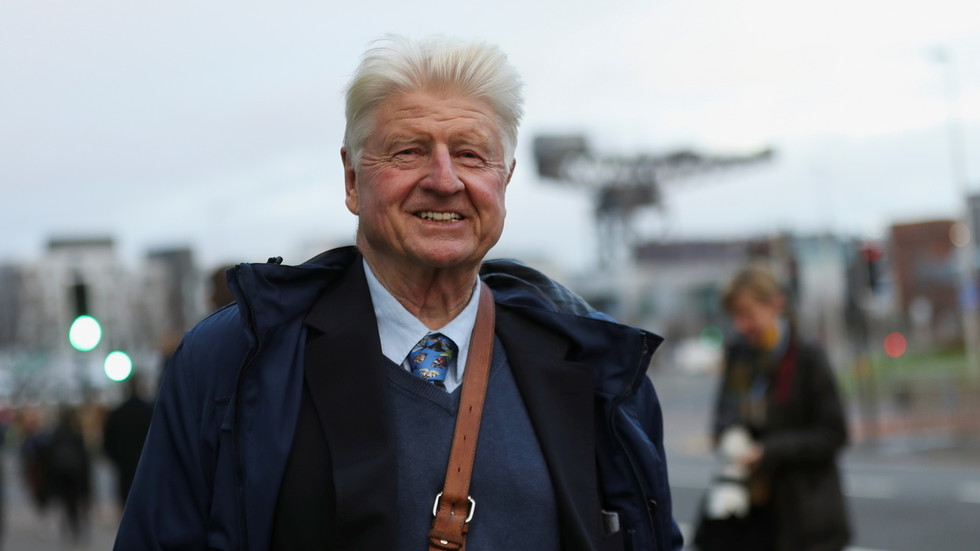 Stanley Johnson, father of UK Prime Minister Boris Johnson, has been accused by Tory MP Caroline Nokes of inappropriate touching. These allegations prompted another woman to claim she experienced harassment as well.

“I can remember a really prominent man - at the time the Conservative candidate for Teignbridge in Devon - smacking me on the backside about as hard as he could and going, ‘oh, Romsey, you've got a lovely seat,’” claimed Caroline Nokes, the chair of the Women and Equalities Committee, speaking at a roundtable discussion hosted by Sky News.
She specified that the alleged encounter took place at a Conservative Party conference in Blackpool in 2003.

Ahead of the general election of 2005 Stanley Johnson was a candidate for Teignbridge while Nokes was eyeing a seat for Romsey and Southampton North. None of them got elected at that time, though Nokes became an MP in 2010.

Nokes expressed regret that she had not called Johsnon's alleged behavior out right away.“I would have been in my early 30s, so old enough, old enough to call it out. I now regard it as a duty, an absolute duty, to call out wherever you see it,” she claimed.

Stanley Johnson, 81, when approached by Sky News, answered that he did not remember such an incident.

“I have no recollection of Caroline Nokes at all - but there you go. And no reply… Hey ho, good luck and thanks,” the former MEP said.

Ailbhe Rea, political correspondent for the New Statesman, said she was grateful to Nokes for speaking out and said Johnson had “groped” her at a party at a Tory conference in 2019.

“The Conservative Party clearly needs to investigate a serious allegation like that, that happened at their party conference,” he told Times Radio adding that whoever the victim is, such allegations should be treated extremely seriously.

Asked on the same radio station about his opinion of this idea, Home Office Minister Damian Hinds said that “if there is an investigation to be had, if that is the appropriate course of action, then of course that will happen.”

There has been no immediate reaction from the prime minister.