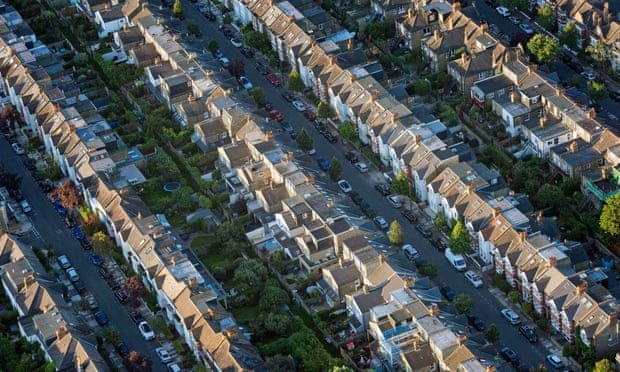 Boris Johnson is considering reviving Margaret Thatcher’s right-to-buy scheme by giving people the chance to purchase the properties they rent from housing associations at a discounted price.

The idea, designed to help “generation rent” and prove the government is still committed to its Conservative principles amid unrest from some backbenchers, is being worked up by officials in the No 10 policy unit, with reports that up to 2.5 million households could become eligible to buy their homes at a discount of up to 70%.

But housing experts warned the policy amounted to the sell-off of affordable homes during the cost-of-living crisis and called instead for an increase in housebuilding. Polly Neate, the chief executive of Shelter, criticised the “hare-brained idea” as “the opposite of what the country needs”.

Ministers are also considering whether to allow banks to take into account taxpayer money received by those who claim housing benefit when they are seeking a mortgage.

To help boost housing stocks, the government is contemplating axing the rule that developers must build a set number of affordable homes in favour of making them pay into an infrastructure fund that councils can then use to fund their own projects.

Housing reforms have fallen by the wayside after the government backed down in the face of a huge backlash from Tory MPs over changes to planning rules.

Lisa Nandy, Labour’s shadow communities secretary, called the plan “desperate” and accused the “tired government” of repackaging a plan from 2015.

She added: “Millions of families in the private rented sector with low savings and facing sky high-costs and rising bills, need far more ambitious plans to help them buy their own home.”

Right to buy became one of the legacy decisions of Thatcher’s era and allowed council tenants to purchase their properties at a discounted rate. Critics, however, rounded on the policy, which they said would only worsen the country’s shortage of affordable housing.

Shelter said that in the last three months of 2021, nearly 34,000 households in England became homeless, more than 8,000 of them families with children.

Neate said: “There could not be a worse time to sell off what remains of our last truly affordable social homes. The living cost crisis means more people are on the brink of homelessness than homeownership …

“Right to buy has already torn a massive hole in our social housing stock as less than 5% of the homes sold off have ever been replaced. These half-baked plans have been tried before and they’ve failed.”

More than 1 million households are stuck on social housing waiting lists in England according to the charity, and at a time when bills were skyrocketing, Neate said the government “should be building more social homes, so we have more not less”.

The housing expert Henry Pryor suggested the Conservatives were trying to bribe voters with a taxpayer-subsidised sale of housing association stock. About half the homes previously bought under right to buy are let out for higher rents in the private sector, with thousands of rents being subsidised by the taxpayer, he said.

There were long waiting lists for social housing because the government had failed to replace the previous homes sold off under right to buy, he added. “It’s social gerrymandering, tempting people with a chance to make a few quid at the expense of the rest of us and, more importantly, those who really need affordable homes.”

In 2015, the idea of selling off swathes of housing association properties was resurrected by David Cameron’s government. At the time, Johnson was London mayor and was lukewarm about the policy.

He told the London assembly: “One of the issues … is that it would be potentially extremely costly to this body. We would have to make up the difference. Housing associations are private bodies, as we all know. It would involve massive subsidies. We would need to get the funds to support that.”

A housing association right-to-buy scheme was piloted in 2018 in the Midlands and the Conservatives’ last election manifesto said they would consider new pilots, but no more have been pursued.

Critics have said many of the decent housing association properties have already been sold off and the remaining ones would not be a tempting purchase to current tenants. “They need some new ideas,” one Tory source complained.

Given the cost of living crisis, it is also possible that prices for housing association properties remain too high for many struggling households.

A government spokesperson said: “We want everyone to be given the chance to own a home of their own, and we keep all options to increase home ownership under review.”
#boris johnson  #johnson
Add Comment