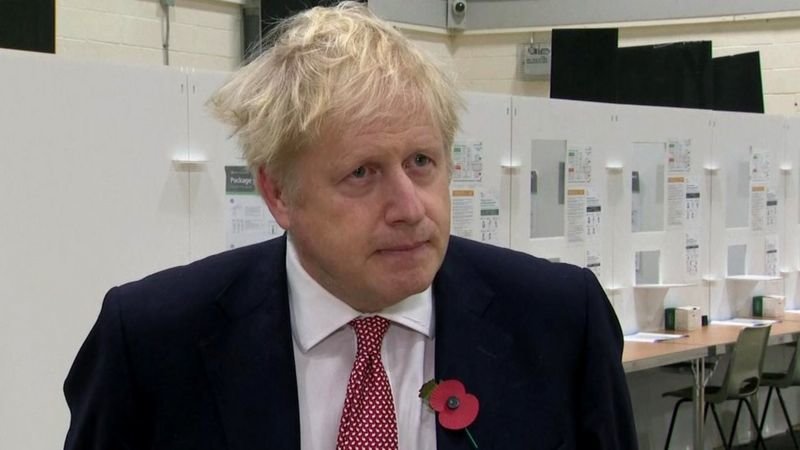 Boris Johnson: 'Deal to be done' on post-Brexit EU trade

Boris Johnson has said he believes there is "a deal to be done" on post-Brexit trade with the EU.

But while the UK prime minister "very much hopes" to come to an agreement, he said the country was "very well prepared" to move on without one.

Mr Johnson made the comments ahead of a call with EU Commission President Ursula von der Leyen on Saturday.

The National Audit Office has warned of "significant disruption" when the Brexit transition period ends.

The UK left the EU on 31 January and entered the transition period - continuing to follow many EU rules - while a trade deal was negotiated.

But while both sides said a deal needed to be done in October, they have yet to come to an agreement, and talks between the negotiating teams have intensified.

The transition period is due to come to an end on 31 December, meaning the UK would trade with the EU on World Trade Organisation rules - meaning tariffs are imposed - if a deal is not in place.

Critics say this could cause damage to the UK economy, but the government insists the country will prosper with or without a deal.

Earlier this week, both the UK and EU's chief trade negotiators warned of "wide" and "serious divergences" between the two sides.

Sticking points include fishing rights, competition rules and how a deal would be enforced.

Asked on Friday if the UK could get a deal in the next 10 days, Mr Johnson said: "I very much hope that we will, but obviously that depends on our friends and partners across the Channel.

"I think there is a deal to be done, if they want to do it.

"If not, the country is, of course, very well prepared. As I have said before, we can do very well with on Australian terms [without a deal], if that is what we have to go for."