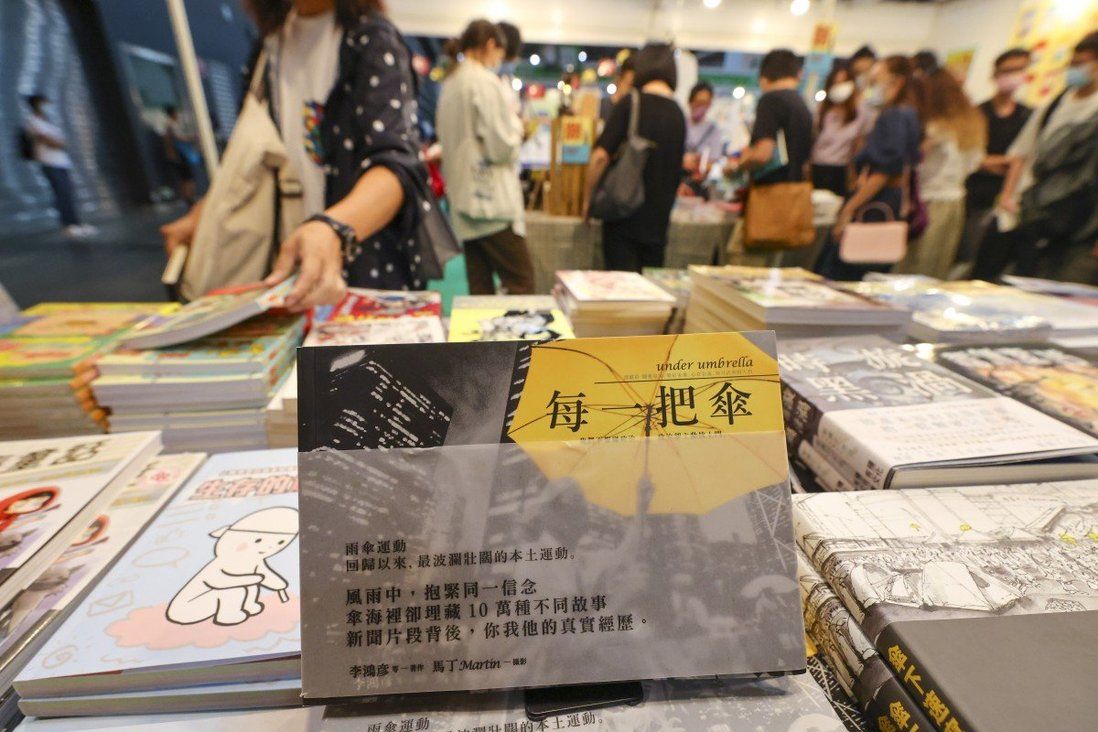 Activist group files complaints about eight books that are either penned by opposition figures or about anti-government protests in 2014 and 2019.

The organiser of the Hong Kong Book Fair has said it received complaints against publishers accused of breaching the national security law, but some vendors at the event are still proceeding with the sale of works penned by opposition figures.

The Hong Kong Trade Development Council (TDC), which is behind the fair, one of the largest of its kind in the world, sent letters on Thursday to Hillway Culture and Kind Of Culture informing them of the allegations.

Tang Tak-shing, chairman of pro-establishment activist group Politihk Social Strategic, said he had filed complaints about eight books sold by Hillway Culture and Kind Of Culture to the Office for Safeguarding National Security on Thursday.

The books are either penned by opposition figures such as Shiu Ka-chun or about the anti-government protests in 2014 and 2019. In the letter sent to Hillway Culture, which the Post read, A Journey Through the Brick Wall, 21 JUL 2019 and a third book about Hong Kong history were the subjects of the complaints. The latter two were not among the eight works that Tang singled out about, bringing the count of books that drew complaints to at least 10.

“Their contents are euphemisms of violence,” he said of the books related to the social unrest in 2019. “These books are biased as they did not interview the injured police officers. Some of their photos also romanticised violence.”

The council declined to comment on individual cases and said it would make a record of the complaints. It added that exhibitors, not the TDC, were responsible for ensuring the legality of the publications on display.

Police also withheld comment, saying they would take action based on the relevant circumstances and the law. 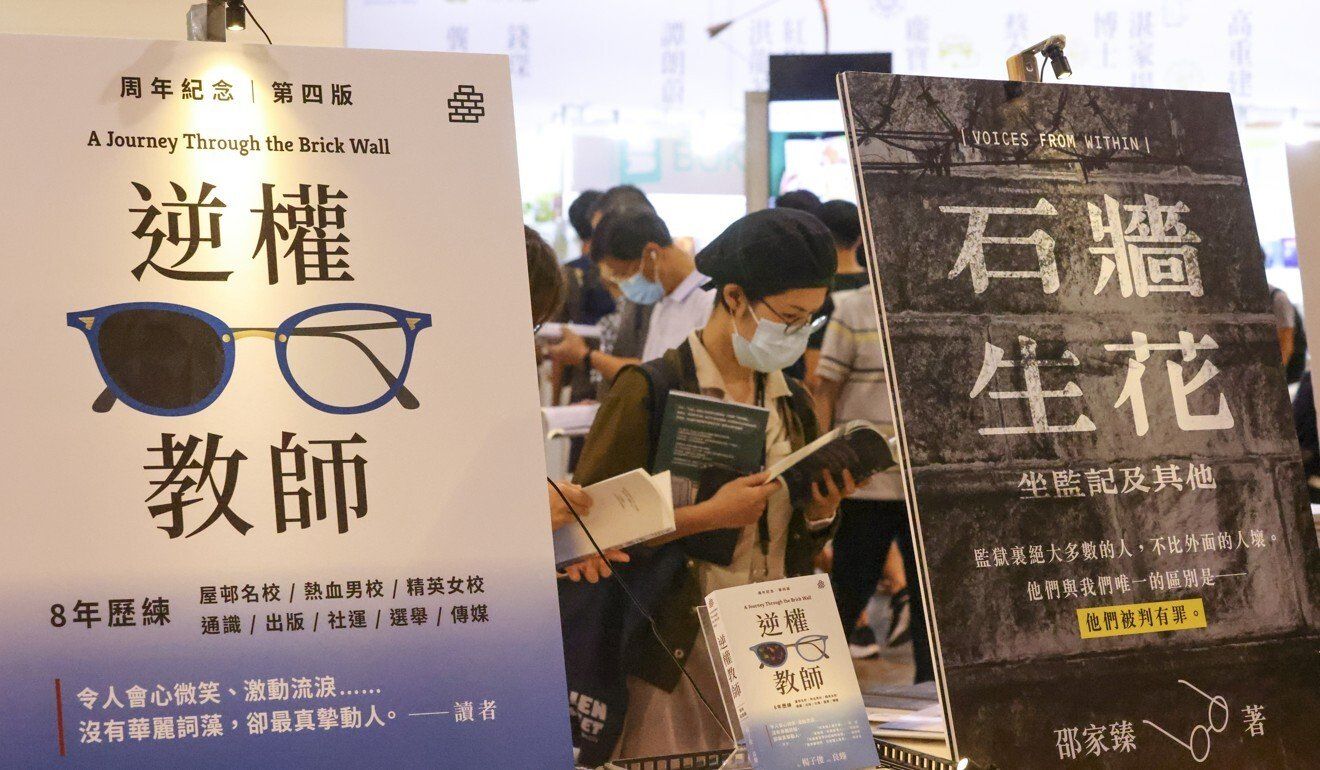 A Journey Through the Brick Wall is among the titles listed in the letter sent to Hillway Culture.

Hillway Culture project director Sam Cheng said besides the titles, the company was in the dark as to how the books broke the law.

Cheng added that the publisher would continue to sell the books as its team had “checked each word and sentence in the books carefully and agreed that the books are lawful”. He said no action had been taken by either the organiser or the police, and despite his concern that the complaints might affect business, long queues still formed outside his booth.

Shopper Steven Lun, 53, only heard about the news after purchasing the book titled 21 JUL 2019 – the date a white-clad mob attacked protesters and commuters at Yuen Long MTR station at the height of that year’s social unrest. 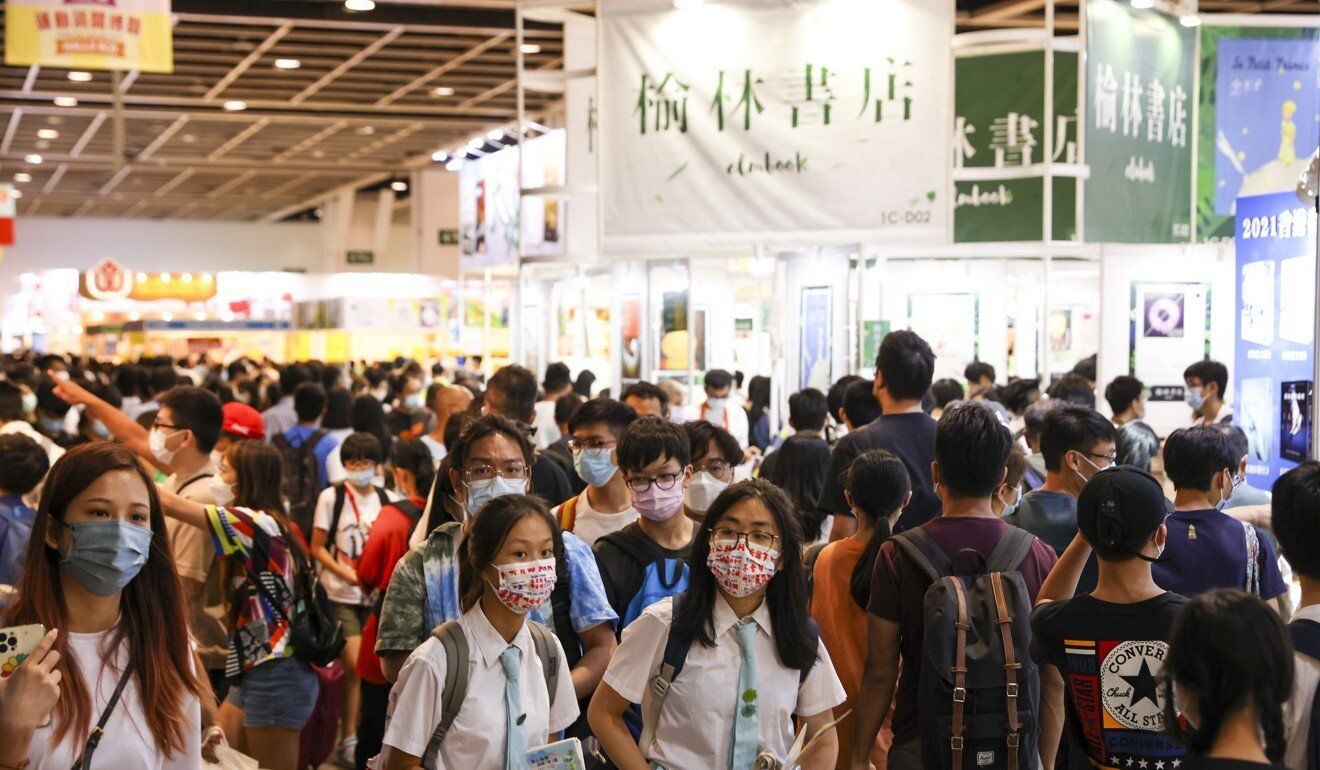 Visitors at the Hong Kong Book Fair, which ends on July 20.

“I bought it because I’m interested in it, not because of the complaints,” he said. “It simply documented what happened on that day. There’s nothing in the book that violates the law.”

Tang, the activist, disagreed, saying such books were “promoting their values”.

Witness and Under Umbrella from Kind Of Culture were among the books reported by Tang.

Daniel Wong, the person in charge of Kind Of Culture, acknowledged he also received a letter from the council, but declined to disclose the titles named in the letter.

He said the publisher had not received any complaints from the government and would not stop selling the volumes.

“Regardless of the complaints, we will still abide by the law,” he said. “We will not resort to censorship. We will continue to publish books that our readers are interested in and will never incite or promote unlawful acts.”

Wong urged the government to provide clearer guidelines for publishers as the national security law “is very vague [and] there are no court cases for us to refer to”.

Shopper Ekee Man did not think there would be any pro-democracy books at next year’s book fair, so he “bought these books as mementos”.

The 50-year-old, who took home Under Umbrella, nevertheless suspected the book might have violated the law. “Anyone who says things that are opposed to the government can be accused of violating the law now,” he said.

Another shopper, Jasmine Chan, said she bought Under Umbrella “because I’m worried that I will not be able to buy it after today’s news”.

“I think it is really sad for Hong Kong,” the 37-year-old added. “The freedom of speech is being taken away from us. What we are going to say and our thoughts are being controlled.”

The seven-day book fair, the first since the national security law was introduced in June last year, ends on July 20. It was postponed twice last year because of the coronavirus pandemic and last attracted nearly 1 million visitors in 2019.

Under the Beijing-imposed law, acts of secession, subversion, terrorism and collusion with foreign forces are prohibited. The maximum sentence for infringing the legislation’s most serious offences is life imprisonment.