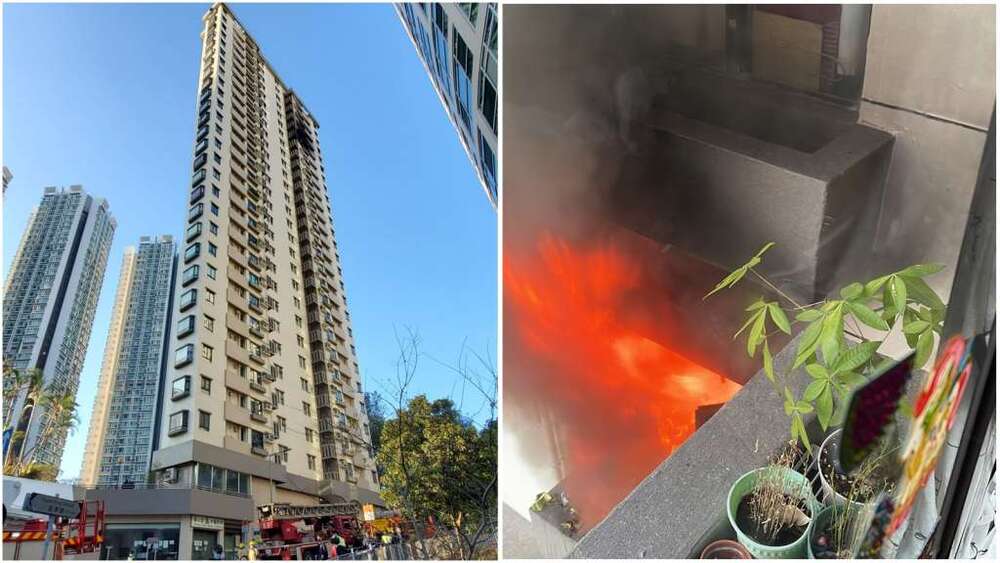 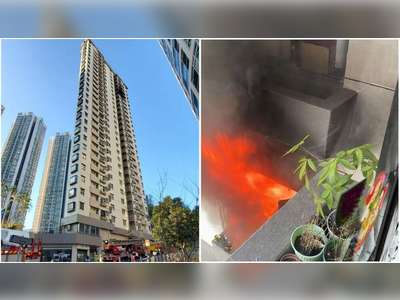 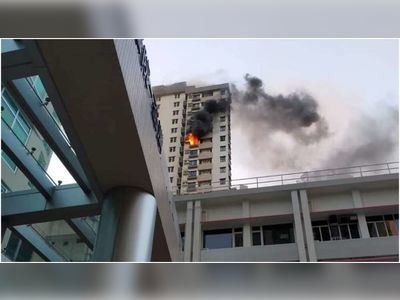 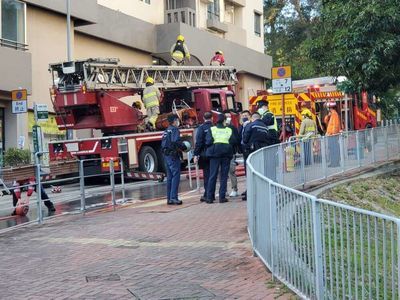 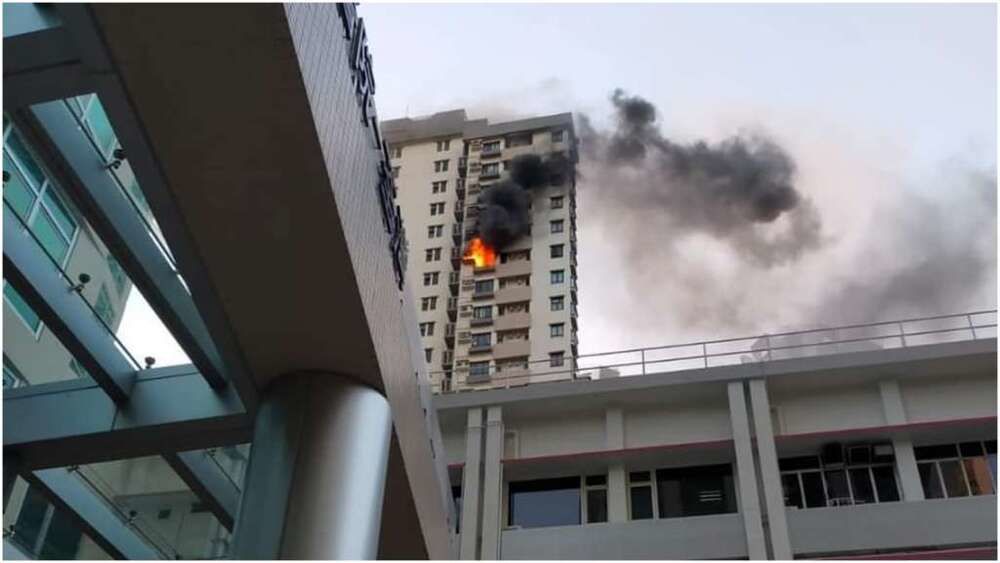 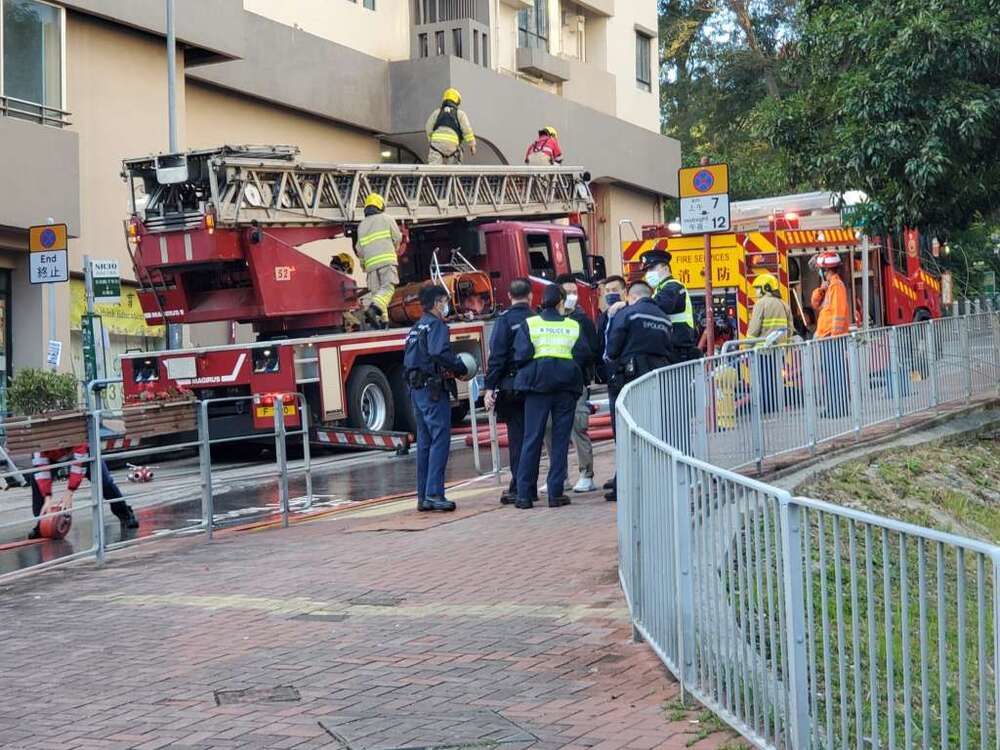 A flat at Tsuen King Circuit in Tsuen Wan went up in flames on Thursday morning; two siblings, aged 31 and 27, who were in the flat when it caught fire, were sent to the hospital for smoke inhalation.

At around 7 am, a fire broke out in a flat at Sheeny Terrace of Tsuen King Circuit. Flames and smoke could be seen billowing from the windows of the apartment.

A resident living nearby waved a white cloth out of the window in order to attract attention to the fiery scene and summon help.

The fire had been put out by 7.41 am. The external walls of the residential unit concerned were charred, and the window frames were suspected of having been destroyed by the tongues of fire that licked at them for 40 minutes.

A 31-year-old woman and a 27-year-old man living in the unit reported feeling sick, most likely from smoke inhalation, and were sent to Yan Chai Hospital for treatment, while about 80 others evacuated the building by their own accord.

After a preliminary investigation, firefighters believe that the fire was ignited by a multiplug that short-circuited.