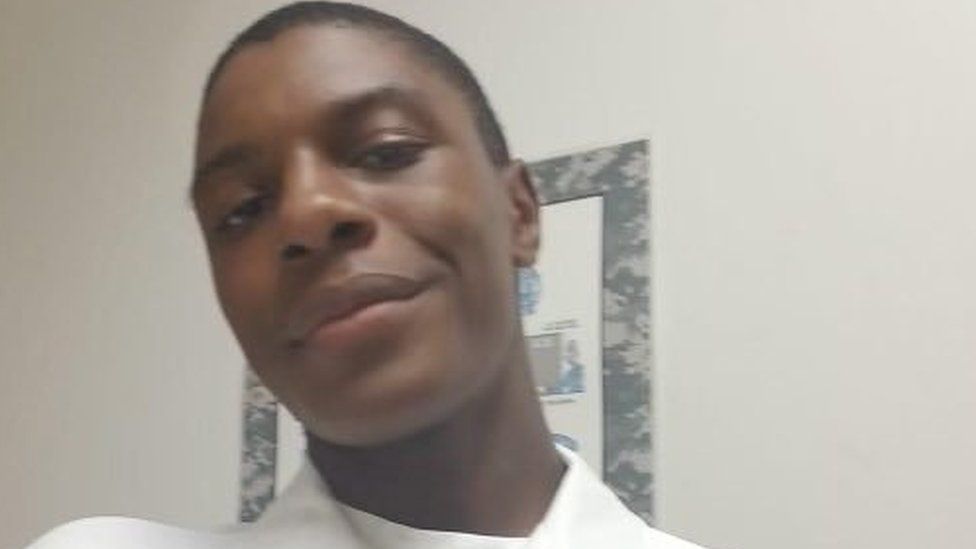 Bishop Evans: Guard missing after trying to save drowning migrants

The body of the US National Guard who went missing while attempting to save two migrants he thought were drowning on the Mexico border has been found.

The two migrants survived and were taken into custody.

Over one million migrant "encounters" - apprehensions and expulsions - have been recorded on the border in the past six months, a 20-year high.

Texas Governor Greg Abbott said in a statement he was "heartbroken" to learn of Evans' death.

"Our National Guard soldiers risk their lives every day to serve and protect others and we are eternally grateful for the way SPC [Specialist] Evans heroically served his state and country," Mr Abbott said.

The Texas Military Department said that authorities were continuing to search for Mr Evans, who has been a member of the National Guard since May 2019 and previously served in Kuwait and Iraq.

On Saturday, dive teams searching for Mr Evans were forced to halt their operations due to strong currents. Rescue operations resumed on Sunday morning.

The multi-billion dollar operation has seen thousands of state troopers and members of the Texas National Guard deployed to secure the state's 1,200 mile (1,920km) border with Mexico.

Mr Abbott said Mr Evans "is a hero who risked his life in service to Texas & America". 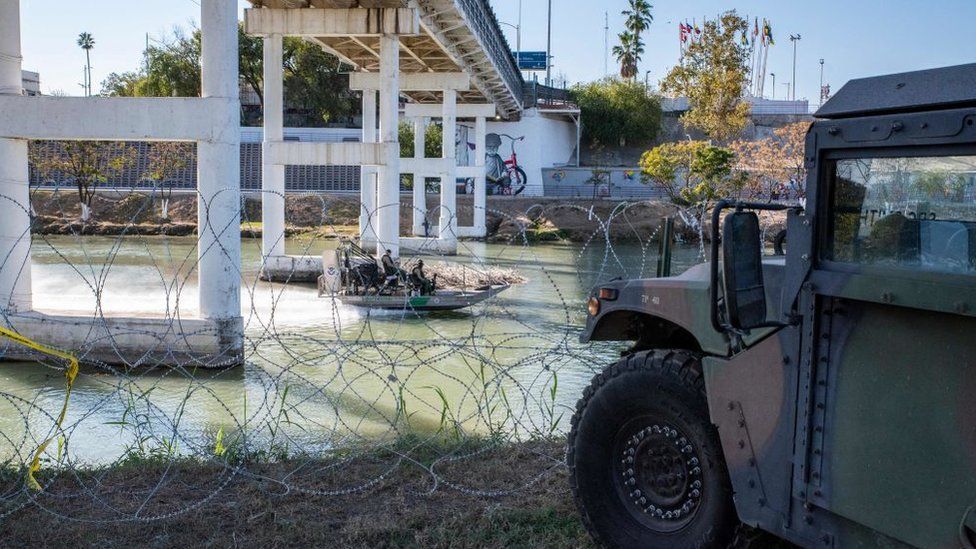 According to local media reports, Mr Evans took off his jacket and radio before jumping into the river to save the two migrants who were in distress.

The Texas Military Department said over the weekend that the two migrants "were involved in illicit transnational narcotics trafficking" and were taken into the custody of US Customs and Border Patrol (CBP).

In December, the International Organization of Migration estimated that at least 650 migrants died while attempting to cross the border in 2021, the highest recorded since the agency began keeping track of deaths in 2014.

While Border Patrol officials have previously said many of the deaths are heat-related, a significant number of people also die while attempting to cross the Rio Grande.

A sheriff in Maverick County - where Eagle Pass is located - said about two drownings per week are recorded in that county alone.

Statistics released by CBP last week showed that agents made more than 209,000 arrests along the border in March, bringing the six month total to over one million.

Officials have warned of a massive influx of as many as 18,000 migrants per day after the end of Title 42, a pandemic policy that allowed migrants to be swiftly expelled from the US.

Anna 28 days ago
A good man dies trying to save illegal drug runners. Whats wrong with that statement. You can thank Biden for that. He has the death of this man on his watch because he is a retarded old fool. You Dems must be proud. Time for the average American citizen to take there guns to the border and defend it if their government will not
View all comments (1)Add comment