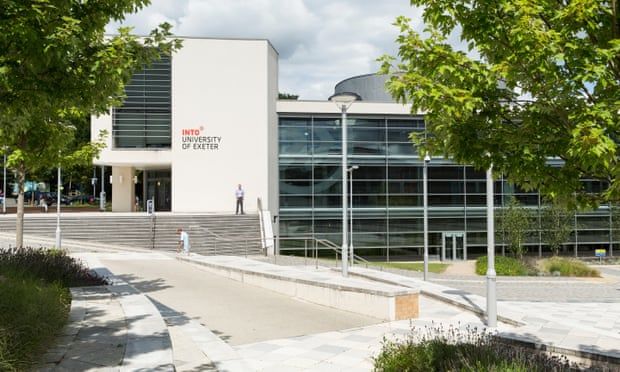 Sixth-formers applying to university this year may face the toughest competition for a decade, particularly for courses such as medicine, with prestigious universities giving out fewer offers or requiring higher grades, admissions experts say.

As the deadline for applications for medicine, veterinary science and dentistry approaches on 15 October, admissions officers are urging applicants to be cautious and realistic with their applications and choice of “insurance” offers.

This year some selective universities were left scrambling to find enough bedrooms, seminar space and staff after thousands of extra students netted the high A-level grades they needed to secure their place. With many students already deferred from last year, as well as more 18-year-olds in the system, universities say competition will be fierce.

Dr Rohan Agarwal, founder of UniAdmissions, a tutoring service that supports students applying to the most competitive courses, says: “This is probably going to be the most competitive year I’ve seen, and I’ve been doing this for almost a decade. Last year 20% more pupils applied to medical schools.

“They say when there is a war everyone wants to be a soldier. Well, when there is a pandemic everyone wants to be a doctor.” He predicts that most decisions about whether to offer a place will be made on students’ performance at interviews, or in extra entrance exams. He says the toughest contest is likely to occur in medicine, but Russell Group universities will be turning away more applicants this year for other courses, too.

Some oversubscribed medical schools offered students £10,000 to switch to a different university, after the surge in applications was followed by hundreds more students achieving the top grades.

Exeter University offered successful medical students £10,000 and a year’s free accommodation to defer until 2022, after the number of successful applicants with the course as their first choice shot up from 20% to 60%. There will now be considerable extra pressure on places for the coming year.

Prof Ian Fussell, associate dean of education at Exeter’s medical school, says: “Medical schools have had a very bumpy ride for the past two years, so they will all be managing their admissions very carefully. Students should talk to the schools they want to go to about what the situation is this year, and think flexibly.”

Fussell says students wanting to study medicine should expect steep competition across the country. “They could consider whether a year out might be appropriate for them, or whether they could undertake another course prior to entry to medicine,” he says. 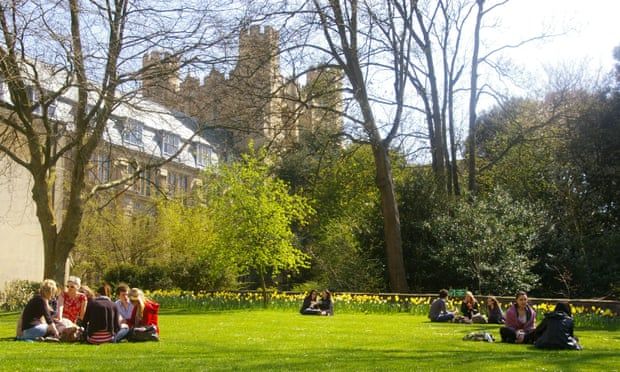 Previous Bristol university students. Bristol has recommended this year’s sixth-formers should be very realistic if applying.

Ofqual, the exams regulator, said last Thursday that 2022 would be a “transition year”, with A-level grades not back to pre-pandemic levels, and pupils receiving fewer top grades than the 2021 cohort. However, experts say this alone will not stop popular universities being extra cautious about the offers they make.

Andrew Hargreaves, founder of dataHE, a consultancy that advises universities on admissions, says schools should recommend to their students that they apply for high-tariff courses at elite universities only if they have a realistic chance of getting the required grades. “Teachers need to understand that applicants have just had a decade of a less competitive environment, but that is changing. They need to ensure their students are making appropriate applications.”

Hargreaves says it is “reasonable” for selective universities that have had to take more students than they wanted for the past two years, to recruit fewer in 2022. “Some will be tight to the wire and stick with their grade requirements exactly,” he says.

Places in medicine are capped by the government. But for the past two years ministers have been forced to provide emergency funding for new places in medicine to help universities deal with the surplus of successful applicants. Universities want the government not to leave the planning to the last minute this year, but to commit to extra places long before results are out.

However, Fussell says that even with extra cash, many universities will still be unable to expand their courses much more. “Our issue is around training placements,” he says. “We have got one hospital in Exeter, one in Cornwall and one in Barnstaple. Everyone is already under such pressure and you can’t just instantly create extra space or training capacity, even if there were extra funding.”

There are concerns about how this tough competition will affect year 13 students, who have already had their education severely disrupted by the pandemic.

Liz Bowhay, whose daughter is in the final year of sixth-form college in Huddersfield, West Yorkshire, says: “This cohort have never sat a formal exam. She stayed after school for a revision lesson last March and came home to discover her GCSEs had been cancelled. She just burst into tears.”

Bowhay says that, as a parent, she is very worried about the extra competition for university places. But with her daughter having an unworn prom dress in the wardrobe, no date for her driving test, and her first experience of college disrupted: “I haven’t really discussed it with her because I don’t want to add to her worries.”

Lee Elliot Major, professor of social mobility at Exeter University, says: “The next two cohorts of A-level students coming through now face major challenges: the big squeeze on university places created by the bulge in top grades this year, with many deferring for a year, coupled with a tougher grading system next year which will mean fewer A-grades and even fewer still the following year.”

He is worried that those sitting A-levels next year will have no experience of “high stakes” exams. He adds: “All this will likely hit the most disadvantaged pupils the hardest, who will have missed most education during the pandemic.”

Kerry O’Shea, director of admissions at the University of Bristol, advises students to pay careful attention to what universities are asking for, and be realistic when applying. “If you are concerned about meeting the entry requirements, that might be a risk,” she says. She urges pupils to choose a course that is a genuine backup option for their “insurance” choice in case they do not get the grades they hope for.

Students from poorer backgrounds should, she adds, look out for schemes that will give them a helping hand. “We make contextual offers to candidates from underrepresented groups that are two grades lower than our standard offer,” she says.