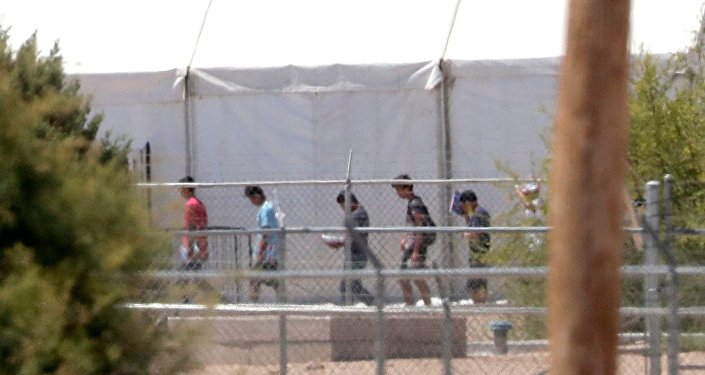 More than 5,000 unaccompanied minors are being held in facilities managed by Customs and Border Protection (CBP) along the US-Mexico border, as the US President Joe Biden administration struggles to contain the surge of migrants streaming into the US.

The Joe Biden administration is set to open up at least six emergency facilities to house the surge of migrant children at the US-Mexico border, according to a report by CBS News. The facilities that have been opened or will be opened include two convention centers in Dallas and San Diego, as well as an arena in San Antonio.

During a news conference Thursday, Biden also said that El Paso’s Fort Bliss Army post will be used to shelter as many as 5,000 migrant children. In addition, the Lackland Air Force Base in San Antonio will also be used to house 350 children.

Over the past few weeks, the Biden administration has also opened up thousands of new beds at “influx” shelters in Texas and California, as the number of migrant children in US custody surpasses 16,000.

According to a report by CBS, more than 11,500 of those children are being housed in shelters and emergency housing sites while another 5,000 were left in overcrowded Border Patrol facilities.

Over the last week, senior Customs and Border Protection officials have accused the Biden administration of ignoring warning signs and briefings that the migrant crisis would occur at the US southern border.

"The administration knew it was going to happen and everything since [Biden took office] has been how to manage it. The response is to merely manage the processing - not to stem the tide," a senior Customs and Border Protection official told Fox News earlier this week.

During a daily presser on Wednesday, Mexican President Andrés Manuel López Obrador blamed President Biden for the border crisis, stating that Biden set expectations that migrants would be more easily permitted into the US, the New York Post reported.

“Expectations were created that with the government of President Biden there would be a better treatment of migrants. And this has caused Central American migrants, and also from our country, wanting to cross the border thinking that it is easier to do so,” he said at his daily morning presser.

In addition to ending construction of the Mexico border wall, Biden has also reversed the “Remain in Mexico” policy, which requires that migrants from Central American countries wait for asylum hearings outside the US. Biden also formally suspended the so-called “Asylum Cooperative Agreements” (ACAs) with Guatemala, Honduras and El Salvador. Under those agreements, the Trump administration could prevent people arriving at the border the option to seek asylum in the US.