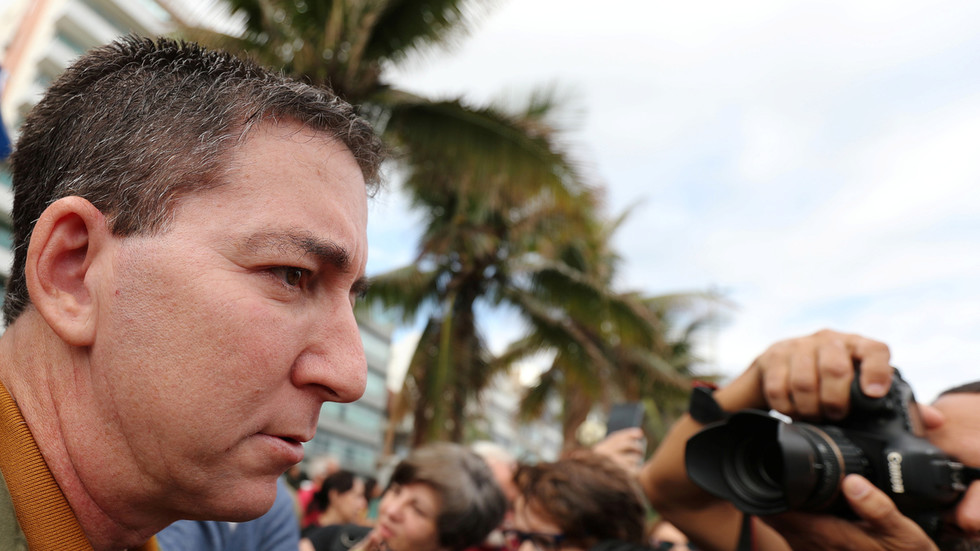 Glenn Greenwald is the latest big-name journalist to quit a title, leaving the Intercept in a censorship row. This trend is indicative of a media landscape that reflects a polarized society which discourages freedom of thought.

Imagine having to resign from something that you co-founded. It can’t be a good feeling. You spend all of your time trying to build it up into something tenable, only for things to fall apart. That’s the position Glenn Greenwald has found himself in at news website, the Intercept.

But even more galling for Greenwald is why things turned ugly. As his resignation letter stated, “The Intercept’s editors, in violation of my contractual right of editorial freedom, censored an article I wrote this week, refusing to publish it unless I remove all sections critical of Democratic presidential candidate Joe Biden, the candidate vehemently supported by all New-York-based Intercept editors involved in this effort at suppression. The censored article, based on recently revealed emails and witness testimony, raised critical questions about Biden’s conduct.”

Working on the assumption that what Greenwald said is true, this is a distressing occurrence that’s becoming all too familiar. It’s reminiscent of Bari Weiss and her issues at the New York Times, Ariana Pekary leaving MSNBC, and Andrew Sullivan quitting the New Yorker. Over and over again, we’re seeing journalists who don’t want to adhere to certain partisan views being forced into a situation where they have to leave their publication because they won’t play the cheerleader. This is a worrying trend.

Sure, partisanship has been part of journalism as long as it has existed. People will inevitably have biases towards certain belief systems that they adopt. With that said, there is another inevitability, given how flawed humanity is. And this is that flawed humans aren’t going to be able uphold the standards that people with those beliefs expect them to. In short, no one is perfect, and everyone is open to criticism.

However, what we are seeing from certain partisan forces is a desire for any and all criticism from journalists to simply be swept under the carpet. At that point, can it really be classed as journalism?

Readers expect journalists to ask questions. Some of those questions are going to be tough; some may even constitute criticism. But those questions and criticisms can open the way to improvement. There’s nothing wrong with being a conservative and being critical of other conservatives, or being a liberal and being critical of other liberals. But when that criticism has to be silenced or is met with outright hostility, we have gone beyond partisanship and into tribalism. And that is not a positive development.

As such, it puts an honest journalist in a weird spot. Some people get into journalism because they want to be cheerleaders for the Democrats. Others for the Republicans. And those types of people are very easy to find. However, there are plenty of journalists out there who like to think outside the box and it’s important for these people to have a platform. If everyone is expected to submit themselves to this tribalistic instinct, we will end up with even greater divisions in a landscape that is already horribly fractured.

In a sense, I consider these clashes between journalists and partisanship a fascinating microcosm of one of the great problems society now faces. There is no nuance any more, as everything seems to be divided down the middle and the most prominent question asked is: ‘Are you with us or against us?’

It’s not a healthy way for society to behave, because it demonstrates a lack of thinking. And if society is not encouraging free thought, it simply won’t evolve. I find it ironic that many of the people who allegedly wanted to censor Greenwald would consider themselves to be progressive, but their actions are anything but. Then again, tribalism, by its nature, tends to encourage people to be stuck in their ways and unable to move forward.

Ultimately, media outlets need to look at what has happened to Glenn Greenwald and ask themselves what they want to be. Do they want to be seen as cheerleaders, or do they want to be taken seriously as journalists? Because the two ideas are mutually exclusive, and they need to realize that sooner rather than later.

Jennifer 23 days ago
I know longer trust Forbes, for instance, as their obvious political bias for months has been childish, ridiculous and offensive. Unbiased reporting would have been fine. I am going to unsubscribe. I love PanaTimes!! Fantastic news source! Please keep up the great work. You are a fantastic source of news for Panama and the world!
View all comments (1)Add comment