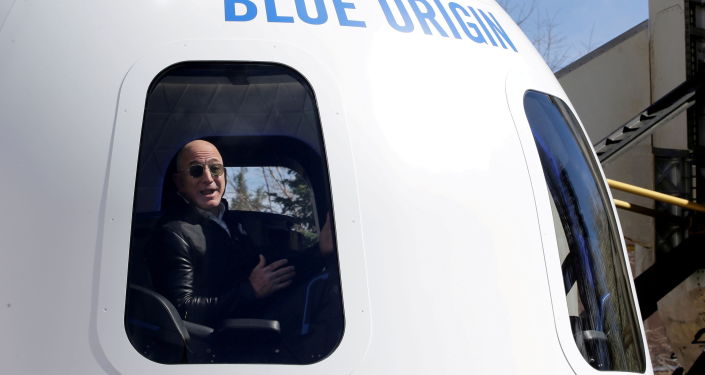 US space company Blue Origin, owned by Jeff Bezos, said in a statement that it has filed a protest with the US Government Accountability Office (GAO) over the federal government's decision to award Elon Musk's SpaceX a nearly $3 billion contract to build a lunar landing system that can take astronauts to and from the Moon.

Last April, NASA announced that Blue Origin, SpaceX, and Dynetics would develop lunar landing systems to land astronauts on the Moon beginning in 2024 as part of the Artemis program. NASA was expected to select two of the three companies competing for the bid.

"In NASA’s own words, it has made a ‘high risk’ selection," Blue Origin said on Monday as quoted by CNBC. "Their decision eliminates opportunities for competition, significantly narrows the supply base, and not only delays, but also endangers America’s return to the Moon. Because of that, we’ve filed a protest with the GAO."

Earlier this month, NASA picked SpaceX for the $2.89 billion contract to develop a lunar landing system.

SpaceX will launch four astronauts aboard an Orion spacecraft for a multi-day journey to lunar orbit. There, two crew members will transfer to the SpaceX human landing system (HLS) that will transport them to the surface of the Moon. After about a week exploring the surface of the Moon, the astronauts will board the lunar landing system for their return trip to the Orion spacecraft to prepare for the trip back to Earth.