Beyoncé turns 40: what’s next for the global icon?

From popstar to powerhouse, as she turns 40, Natasha Mwansa charts the evolution of Queen Bey

When Beyoncé Giselle Knowles debuted her first single, ‘Crazy in Love’ in 2003, the world took notice. It was an insanely catchy song. Radio couldn’t get enough of it. Young girls did the ‘uh oh’ in playgrounds globally. Do you remember where you were when you first heard it? Perhaps not. But you were paying attention.

At the time, contemporaries like JLo and Ashanti made for fierce competition, and a 21-year-old Beyoncé could only dream of touching the hem of Britney’s pop superstardom. And yet, in an industry that loves to tear women down with slut-shaming, tabloid harassment and ageism, how Beyoncé has managed to achieve such career longevity and relevance is a miracle - or a masterclass in brand-building.

As she prepares to celebrate her fortieth birthday, we track the rise and deification of arguably the best living performer of our time.

Beyoncé in the making

Beyoncé got her start aged nine as part of Girl’s Tyme - a Texas-based girl group that later went on to become Destiny’s Child. Her reputation for superhuman levels of work ethic dates back to these early years, with stories of her father Matthew Knowles’ intense management style becoming pop culture lore. One ex-member, LaTavia Robertson, revealed: “He was like a drill sergeant. He would make us wake up early in the ­morning and take us to a three-and-a-half mile track and we would sing while we jogged around it.” However extreme, the group’s intense training paid off, as they went on to sell over 60 million records worldwide before splitting in 2006 to pursue solo careers. 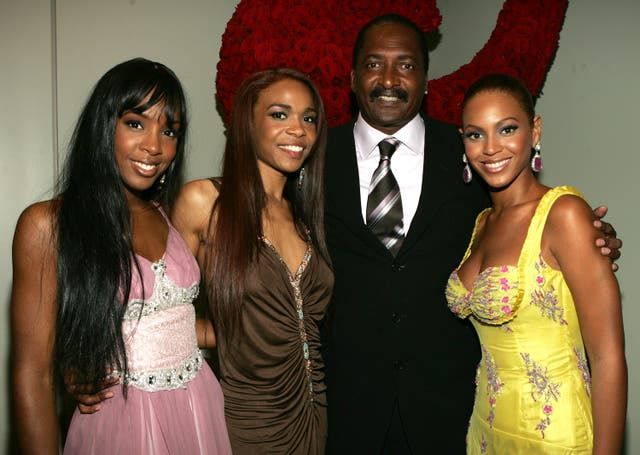 Different people will have different opinions on when Beyoncé began to elevate to legend status. If we’re going by numbers, she came out swinging with ‘Crazy in Love’ which is her most commercially successful single to date. If going viral is the barometer, Single Ladies was hands down the most memed Beyoncé moment with everyone from Glee to SNL getting in on the hand-waving, asymmetrical leotard action. Others will have really leaned into her artistry when her visual self-titled album dropped in 2013. The fact that it’s even up for debate shows just how many gems she released in every era.

Anyone who’s been following Bey from the beginning will have noticed that as her career blossomed, she retreated inwards, becoming less inclined to give interviews or let fans and press into her private life. She explained why in her August 2021 cover interview with Harper’s Bazaar, saying: “In this business, so much of your life does not belong to you unless you fight for it. I’ve fought to protect my sanity and my privacy because the quality of my life depended on it. A lot of who I am is reserved for the people I love and trust.”


From album releases to pregnancy reveals, rarely is anything discovered about Beyoncé - only disclosed in an extravagant and carefully curated fashion. That’s why when footage from an altercation between her sister Solange and rapper husband Jay Z surfaced, Beyoncé followed the event up with Lemonade, a searing visual album which alluded multiple times to Jay Z having had an affair. The internet went crazy with speculation. Who was Becky with the good hair? Is this all a publicity stunt? Stunt or not, the raw emotion on the record was a rare departure from the no bull, girl power bravado we were used to. It was also a savvy PR move in reclaiming the narrative and funnelling an embarrassing spectacle into critical acclaim and record sales - the world’s best selling album of 2016 (2.5 million copies) to be exact.

In her 2019 cover interview with Elle, the star opened up even more, sharing what she’d learned from previous miscarriages. “Having miscarriages taught me that I had to mother myself before I could be a mother to someone else. Then I had Blue, and the quest for my purpose became so much deeper. Being “number one” was no longer my priority. My true win is creating art and a legacy that will live far beyond me.”

During the earlier part of her career Beyoncé was positioned as your one-size-fits-all popstar, remaining largely uncontroversial both in her music and public image. Though much of her previous work was rooted in feminism (see girl power anthems like Independent Women and Run the World), it wasn’t until the track Flawless on her self-titled album where she made it explicit that she was a feminist through and through. Sampling a speech from Chimamanada Ngozi Adichie, the song was the first of many to lean into social awareness.

In Lemonade she took it up a notch, creating a visual album which had themes of blackness and in particular black womanhood running through it. Her video for the single Formation referenced fraught racially charged events including the Ferguson riots, police brutality and the handling of Hurricane Katrina. It caused fissures far and wide; for many black fans it was about time. For those who weren’t used to this new political side of Beyoncé, it was unsettling. For SNL it was perfect gag material for their skit ‘The Day Beyoncé turned black.’ 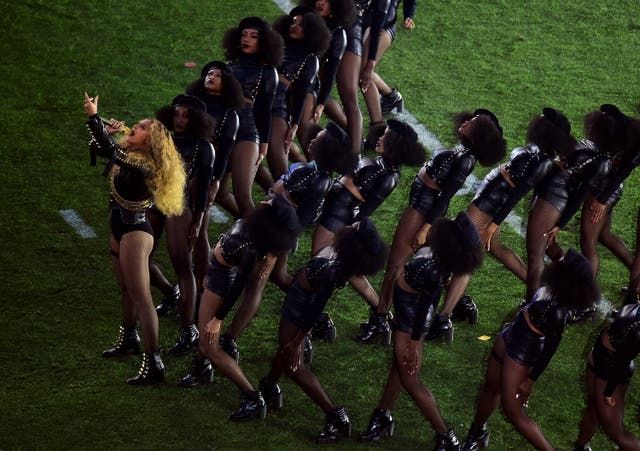 From here, pro-blackness and political awareness became recurring themes in the star’s work both onstage and off. When asked about this transition in her 2020 cover interview with British Vogue, she said, “Something cracked open inside of me right after giving birth to my first daughter. From that point on, I truly understood my power, and motherhood has been my biggest inspiration. It became my mission to make sure she lived in a world where she feels truly seen and valued.”

Her guest appearance at the Super Bowl Halftime Show in 2016 saw her storm the stadium with a flock of dancers dressed to honour the Black Panther Party, in a controversial political statement of a performance. Law enforcement figures were outraged with National Sheriffs’ Association Executive Director Jonathan Thompson slamming it for “inciting bad behaviour.”

In previous US elections she’s backed Democratic candidates Hilary Clinton and sitting president Joe Biden, and has supported a range of charities specialising in mental health, food and clothing for vulnerable people during the pandemic, with a donation of $6 million. She told British Vogue, “we are investing in young people’s education with college scholarships in the US and job training with our BeyGood programme in South Africa. I’m also proud of the work we’ve done through BeyGood and the NAACP [National Association for the Advancement of Colored People] to support black-owned small businesses that would not have been able to survive this year.”

Beyoncé isn’t Queen Bey for nothing. She’s sold over 118 million records as a solo artist, dominates the stage (Beychella anyone?) and combined with her husband Jay Z - hip hop’s first billionaire - is worth around $1.35 billion. Her three-project Netflix deal is said to be worth $60 million Netflix and last year she was said to be in talks with Disney for a $100 million three-movie deal. At 27, she set up Parkwood Entertainment, which she describes as a “multipurpose badass conglomerate that was a creative agency, record label, production company, and management company to produce and work on projects that meant the most to me.”


Her athleisure line Ivy Park, created in partnership with Adidas has been flaunted on every celeb instagram worth following. The Knowles-Carters boast an impressive property portfolio which include homes in Los Angeles, the Hamptons and New York City. Their main residence is said to be a Bel Air mega-mansion where the power couple raise their children Blue Ivy, 9, Rumi and Sir, both 4.

The couple’s money moves haven’t always gone down well, though. A partnership deal between Jay Z’s company Roc Nation and the NFL was seen as a slap in the face for ex-NFL player Colin Kaepernick whose girlfriend branded the deal “disgusting and disappointing.” More recently the couple’s campaign with luxury jewellery brand Tiffany and Co. has been met with backlash after Beyonce was pictured modelling the 128.54 carat Tiffany Diamond (she is only the fourth person in the world to have worn it, and the first black woman) which was unearthed in South Africa in 1877. Critics have accused her of supporting ‘blood diamonds’ with one Twitter user saying: “This recent issue with the Tiffany "blood diamond" from S. Africa is not the first time that Beyoncé has overlooked (but simply represented for commercial profit) African perspectives and feelings.”

Though the couple are yet to comment on the backlash officially, according to The Sun, an unnamed source shared that “Beyoncé is aware of the criticism and is disappointed and angry that she wasn’t made aware of questions about its history.” Proof if any that despite her carefully curated image and social awareness, even Beyoncé is capable of getting it wrong sometimes.

As she approaches middle age, questions of what her next move will be are looming. After all, very rarely do we see women over 40 maintaining the same chart success as their former selves and younger counterparts. When pressed about plans for new music in her Harper’s Bazaar interview, she said: “Yes, the music is coming!” But she also said: “I want to continue to work to dismantle systemic imbalances. I want to continue to turn these industries upside down. I plan to create businesses outside of music. My wish for the future is to continue to do everything everyone thinks I can’t do.”

So no, Beyoncé has zero plans of slowing down anytime soon. She’s already cemented herself as living legend status, and will easily find a home in music canon amidst the likes of Prince and Michael Jackson. But what exactly will Beyoncé do next? Easy. Whatever she wants.