Jurors in the rape trial of Manchester City footballer Benjamin Mendy have been told to question the credibility of the accusers.

Both men stand accused of raping women at the player's home in Cheshire and at a Manchester flat.

The pair both deny all charges.

Ms Wilding highlighted evidence of one 19-year-old complainant who told jurors both men had raped her.

During the 16-week trial, mobile phone video emerged of her having "enthusiastic" sex with Mr Matturie on an occasion she claimed she was being raped.

Jurors at Chester Crown Court were directed to find both men not guilty of those charges against her.

Ms Wilding said: "She sat in this courtroom and looked you in the eye and gave what would have, perhaps, been a compelling and convincing account of being raped multiple times by these two men.

"Like so many of the witnesses in this case, she is caught up in a tangled web of connections and contacts and knowledge.

"Why is that important?

"Because of collusion. You have to consider in respect of each of the women who came to this courtroom to give evidence, is their evidence reliable? Is their evidence solid?

"This case rests on the credibility of witnesses." 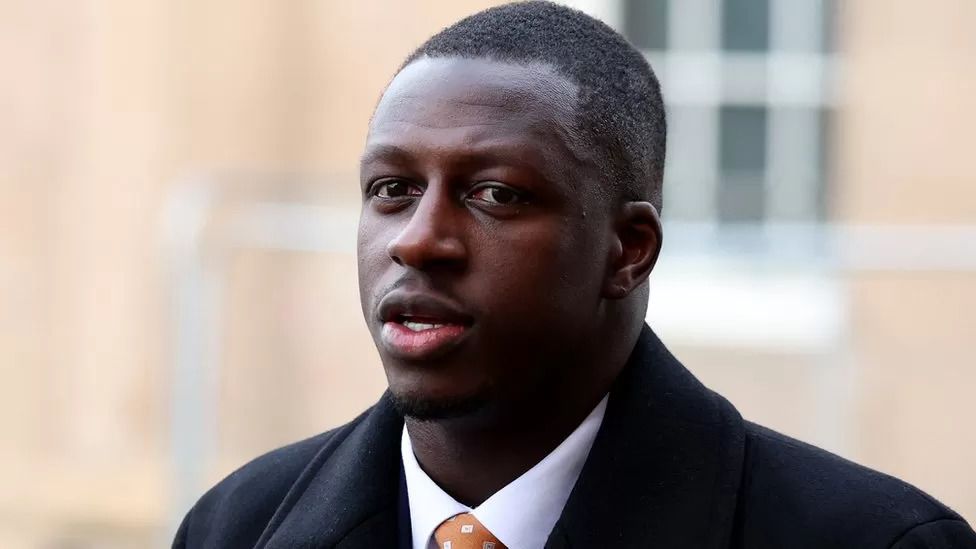 Mr Mendy denies seven counts of rape, one count of attempted rape and one count of sexual assault against six women
Two other complainants, who also knew each other, then made "remarkably similar" allegations that Mr Matturie had raped them both while sleeping, Ms Wilding said.

Ms Wilding cited the account of another woman, aged, 23, who claimed Mr Matturie raped her at 05:30 in Mr Mendy's Mercedes while on a trip to a local garage to buy more alcohol for a party at the footballer's house.

She stayed at Mr Mendy's house afterwards and had sex with three other men, and as she stepped out of the gates at Mr Mendy's mansion at 10:03, sent a text to a friend saying: "Hahaha I have slept with Jack Grealish", the jury heard.

Such behaviour was "inconsistent" with an allegation of rape, Ms Wilding said.

Her case was "inextricably linked" to that of a 17-year-old who alleges she was raped twice by both Mr Mendy and Mr Matturie the same night.

Ms Wilding said the allegation against Mr Matturie, that he raped her in a cinema room at Mr Mendy's house while others were present, then went to his flat in Manchester where he raped her a second time, made "absolutely no sense".

Prosecutors claim Mr Mendy lured young women into "toxic and dangerous" situations where they were raped and sexually assaulted at a flat he rented in Manchester city centre, and his home in the Cheshire countryside, used for "after-parties".

Mr Matturie is alleged to have been the "fixer" to get girls back to the parties after nights spent drinking in VIP lounges at Manchester nightclubs.

Both defendants said any sex with women was consensual.

Mr Mendy denies seven counts of rape, one count of attempted rape and one count of sexual assault against six women.

The trial was adjourned until Tuesday morning.
#mercedes