Minsk summoned Kyiv’s ambassador over the incident, which happened amid a major Russian assault on Ukraine.

Belarus summoned Ukraine’s ambassador Thursday after Minsk said it had downed a Ukrainian missile that had strayed over the border. Meanwhile Kyiv said it suspected Russia of creating a “deliberate provocation” amid the ongoing war.

The defense ministry in Belarus said an S-300 air defense missile was shot down over the village of Gorbakha in the Brest region north of Ukraine. Debris was found in an agricultural field near the village.

“The wreckage belongs to the S-300 anti-aircraft guided missile launched from the territory of Ukraine,” the Belarusian ministry said.

The foreign ministry also demanded that Ukraine conduct a thorough investigation of the circumstances surrounding the missile launch, calling for those responsible to be brought to justice, as well as for measures to prevent similar incidents in the future.

“This can lead to catastrophic consequences for everyone,” said Anatoly Glaz, a spokesman for the Belarusian foreign ministry, according to Radio Liberty.

The missile report came amid a massive Russian assault against Ukraine on Thursday, with 69 missiles fired, causing casualties and blackouts throughout the country. Ukrainian air defense units successfully shot down 54 of the missiles.

The Ukrainian defense ministry neither confirmed nor denied Belarusian reports, but said it suspected a “provocation” by Moscow.

“Ukraine is aware of the Kremlin’s desperate and persistent efforts to involve Belarus in its aggressive war against Ukraine,” the ministry said in a statement.

“In this regard, the Ukrainian side does not rule out a deliberate provocation by the terrorist state of Russia, which laid such a route for its cruise missiles to provoke their interception in the airspace over the territory of Belarus.”

It added that Ukraine was nonetheless prepared to conduct an investigation into what happened.

“Ukraine is ready to invite authoritative experts from among the states that are not associated with supporting the terrorist state of Russia in any form to participate in such an investigation,” the Ukrainian defense ministry said.

Since the beginning of Moscow’s full-scale invasion of Ukraine in February, Belarus has been providing its territory and military bases for Russia’s use in staging attacks on Ukraine. 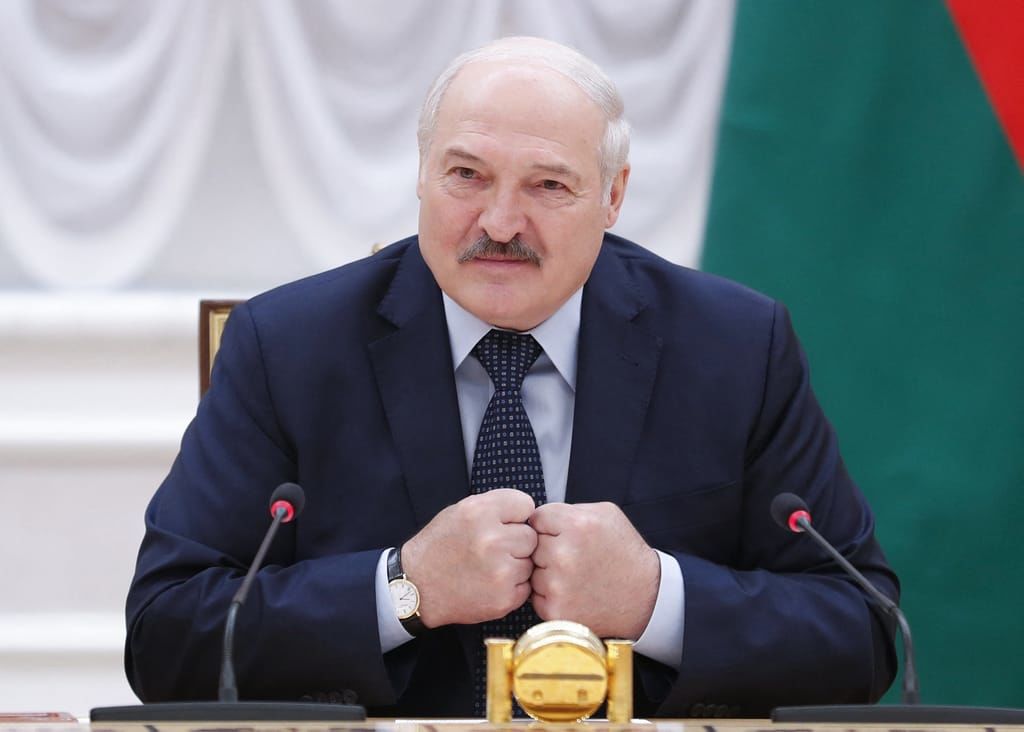 “We are participating to prevent the spread of this conflict to the territory of Belarus, firstly. Secondly, to prevent an attack on Belarus under the guise of a special military operation by Poland, Lithuania and Latvia,” Lukashenko said. “Nobody will shoot Russians in the back from Belarus. This is our participation.”

Experts, including from the U.S.-based think tank the Institute for the Study of War, have said it is extraordinarily unlikely that Belarus could invade Ukraine in the foreseeable future. Regardless, the Kremlin continues to use this as a threat in the information war against Ukraine.

“Belarusian intervention in Ukraine, moreover, would not be able to do more than draw Ukrainian ground forces away from other parts of the theater temporarily given the extremely limited effective combat power at Minsk’s disposal,” the think tank wrote in an assessment earlier this month.