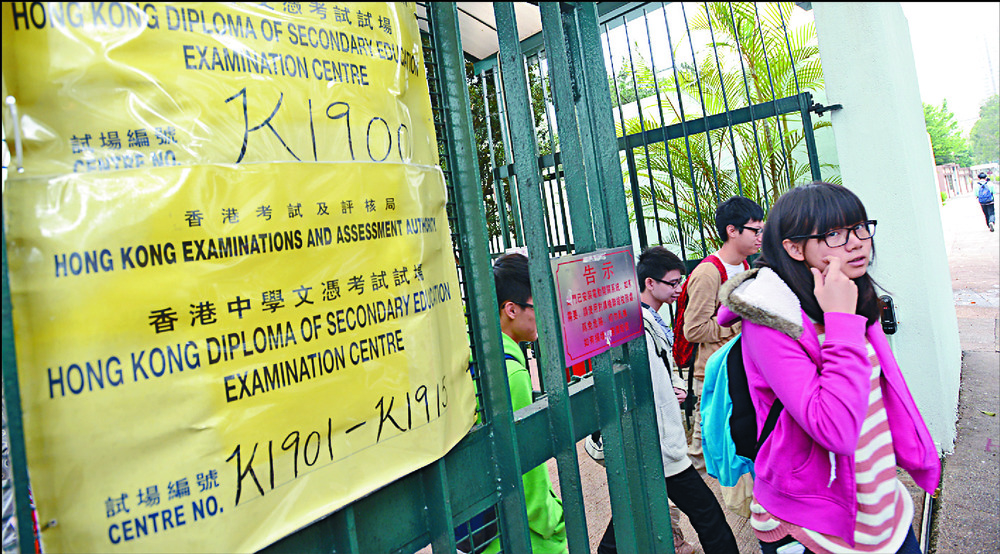 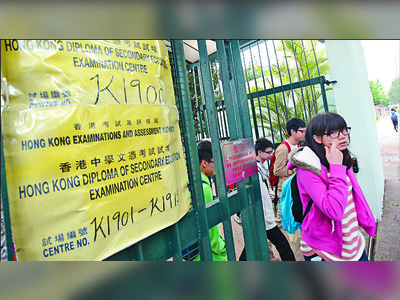 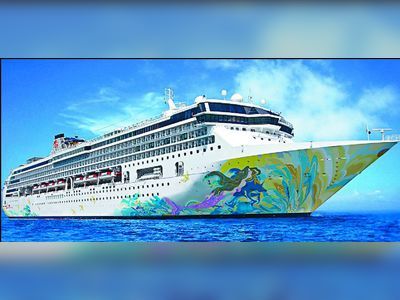 A school in Beijing will become an examination venue for the Hong Kong Diploma of Secondary Education exam as early as next year for some Hong Kong-born, Beijing-raised students.

This comes with the Beijing New Talent Academy partnering with the Hong Kong Examinations and Assessment Authority to offer a DSE curriculum.

A school admissions seminar for the DSE curriculum attracted many students who want to study in Hong Kong or who have SAR permanent resident status.

"I don't like memorizing things," said student Jia. "The DSE allows you to choose two electives in addition to the core component. So I chose physics and extra mathematics modules and avoid some shortcomings."

Core subjects under the SAR exam system are Chinese, English, mathematics and liberal studies. The latter will be renamed "citizenship and social development" in 2024 as part of an overhaul that will introduce units on patriotism and national development.

A parent named Yeung said Beijing-based students taking the exam in their hometowns should perform better than if they had to take it in Hong Kong. For starters, Putonghua speakers "may be able to communicate more easily at the test center."

The academy will start offering the DSE curriculum next month, with school and accommodation fees reaching up to 230,000 yuan (HK$267,000) for an academic year.

Founded in 1995, the private boarding school hopes to enroll 15 students in the 11th grade to start preparing for the DSE exams the following year and to become a DSE venue.

That would be in addition to the British A-level exam and the US Advanced Placement program the academy offers now. Principal Liu Wei, who holds a PhD in history from Chinese University, said: "After all the political unrest in Hong Kong we have all regained our faith in Hong Kong's education system."

The cost of studying in Hong Kong is cheaper than in the United States or the United Kingdom by about 100,000 yuan per year, he said, making the DSE a more attractive option.

Mainland schools have to be vetted and approved by the HKEAA, and teachers must undergo training to ensure invigilation protocols in DSE exams are consistent with those in Hong Kong.

The HKEAA said last year that students can sit written exams in the mainland from 2024 but must take English oral, PE and music tests in Hong Kong.

Subjects including psychology and French will not be offered in the mainland, and students must attend exams in Hong Kong.