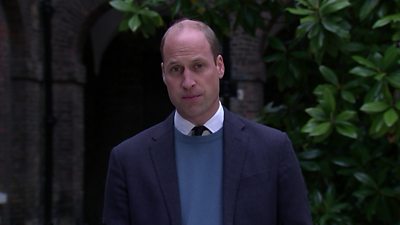 Princess Diana was failed not just by Martin Bashir but also by leaders at the BBC, says Prince William.

The "deceitful" way the BBC secured an interview with Diana, Princess of Wales, "substantially influenced" its content, Prince William has said.

"It brings indescribable sadness to know that the BBC's failures contributed significantly to her fear, paranoia and isolation," he said.

"She was failed not just by a rogue reporter but by leaders at the BBC who looked the other way."

"It is my firm view that this Panorama programme holds no legitimacy and should never be aired again," he said.