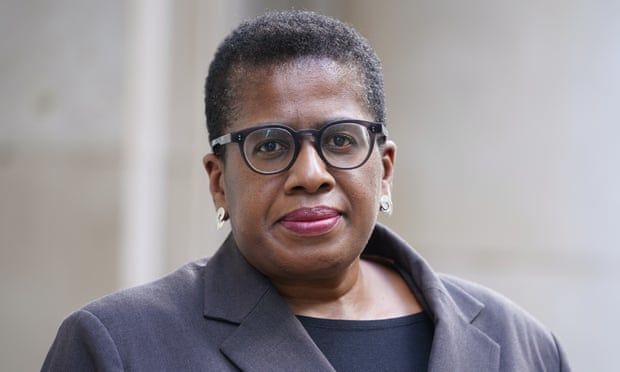 Barrister was discriminated against for gender-critical views, tribunal hears

A barrister was unlawfully discriminated against by her chambers, which, encouraged by Stonewall, wrongly treated her gender-critical views as transphobic and bigoted, an employment tribunal has been told.

Allison Bailey is suing Garden Court chambers and Stonewall after she was asked by her chambers to delete two tweets criticising the LGBTQ+ charity’s position on trans rights and which Stonewall had complained about.

Bailey, a lesbian and founder of the gender-critical group LGB Alliance, refused to delete the tweets and alleges unlawful discrimination and victimisation, claiming she suffered detriment at the hands of the chambers, including a reduction in work offered to her by clerks. People who are gender-critical disagree with the view that gender identity should be prioritised over biological sex.

As evidence in the case began on Friday, Bailey’s barrister, Ben Cooper QC, told the London central employment tribunal in written submissions: “The claimant’s essential case is that gender identity ideology had become entrenched at an organisational level at Garden Court and, associated with this, importance was attached to the relationship with Stonewall, which resulted in a view of the claimant and her beliefs, at least amongst those dealing with the issues, as being transphobic and bigoted.”

Garden Court chambers was a member of Stonewall’s Diversity Champions scheme, under which businesses pay the charity for advice and assessments on creating inclusive workplaces. In one of the two tweets Bailey was later asked to remove, she tweeted thanking the Times for “fairly & accurately reporting on the appalling levels of intimidation, fear & coercion that are driving the @stonewalluk trans self-id agenda”.

The tweets led to complaints to the chambers, including one from Stonewall which, Cooper told the tribunal, had been solicited to submit an objection by Michelle Brewer from the chambers’ trans rights working group.

Bailey is claiming direct discrimination on the basis of her gender-critical views, which were previously found to be a protected philosophical belief under the Equality Act in the Maya Forstater case. She is also claiming indirect indiscrimination, arguing that the gender critical movement “is comprised predominantly of women and disproportionately of lesbians” and so they were more likely to be disadvantaged by the chambers’ policies.

This is disputed by Garden Court chambers which says research by both the Equality and Human Rights Commission and YouGov shows that women are more likely to have positive attitudes towards transgender people than men. It accepts gender-critical views are a protected philosophical belief, but its barrister, Andrew Hochhauser QC, said in written submissions: “The law makes clear that there is a distinction between a protected belief and manner in which it is expressed. There is no licence to abuse.”

He told the tribunal Brewer did not procure a complaint from Stonewall, nor did the LGBT campaign group influence the chambers investigation carried out by Maya Sikand QC, a part-time judge and member of Garden Court’s management board.

He said that Sikand received advice from Cathryn McGahey QC, vice-chair of the Bar Council’s ethics committee, and that the two tweets were “probably over the borderline of acceptable conduct”.

Hochhauser added: “The outcome was that she [Bailey] was asked to delete the two tweets. She refused. Nothing happened. No further action was taken. She remains at Garden Court.”

He called the claim that clerks withheld work from Bailey “ludicrous” and said it was not supported by any written or oral evidence.

A spokesperson for Garden Court chambers said: “We strongly refute the claims made against us. We have a professional obligation to investigate any complaints received by our chambers. Following an investigation in 2019 into complaints made about Ms Bailey’s social media posts, it was concluded that no action was necessary.”

The hearing is expected to last for four weeks.
Add Comment