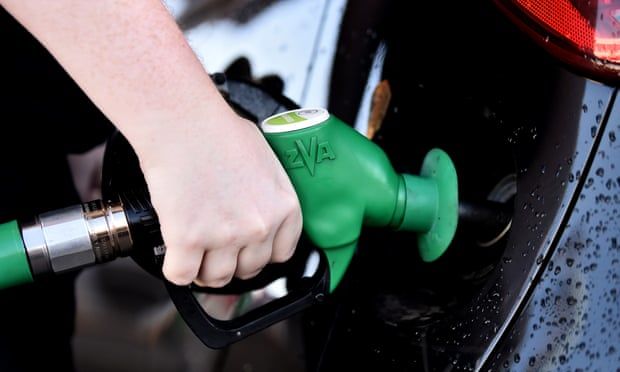 Analysis: it will not be long before UK inflation is above the official 2% target

A doubling of the annual inflation rate to 1.5% in April means the UK government’s preferred measure of the cost of living is rising at its fastest rate in more than a year. The lifting of restrictions on the economy mean further increases are nailed on over the coming months and it won’t be long before inflation is above the official 2% target.

This will not come as a surprise to the Bank of England, which predicted as much in its monetary policy report earlier this month. Despite forecasting this year the strongest growth since the second world war, Threadneedle Street sees rising inflation as temporary. It is certainly not hitting the panic button yet.

There are three main reasons why the inflation rate has risen. First, the figure is influenced by what happened this time last year, and in April 2020 prices didn’t rise because the economy was in its first, brutal coronavirus lockdown. What happened back then is no longer having a downward impact on the annual inflation rate. 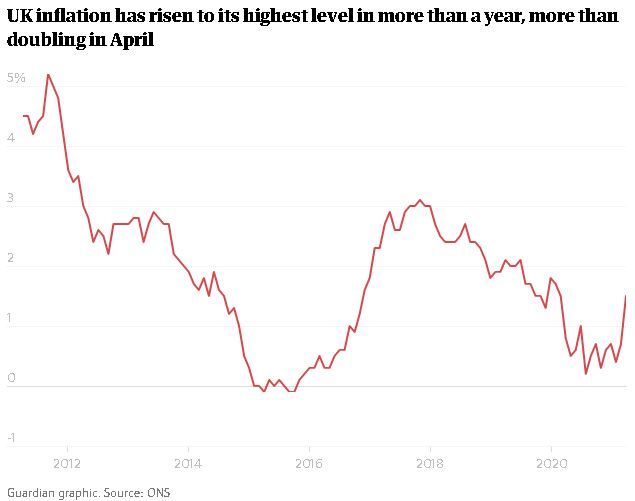 Second, energy costs have risen for motorists and for domestic fuel users. Rising prices at petrol stations added 0.3 percentage points to the annual inflation rate last month, and the raising of Ofgem’s gas and electricity price cap added a further 0.3 points. Taken together, energy accounts for 75% of the 0.8 percentage point increase in inflation from 0.7% to 1.5%.

Finally, prices rose in sectors of the economy that opened up in April, notably clothing and footwear. Retailers had been offering big discounts during the lockdown but did not feel the need to be so generous as the shops were opened up.

The annual rate of clothing inflation rose from –3.5% in March to +0.5% in April, and similar upward moves in the cost of restaurant meals, accommodation and air fares can be expected as restrictions are gradually lifted on those sectors.

Each month the Office for National Statistics publishes data for core inflation – a measure that strips out food, alcohol, tobacco and energy. This measure, closely watched by the Bank of England, did rise in April but only from 1.1% to 1.3%.

There are some signs from producer prices – which provide early warning signs of inflation to come – of a pickup in industry’s costs. But those would have to feed through into much stronger core inflation for the Bank to really start thinking about a change of policy.