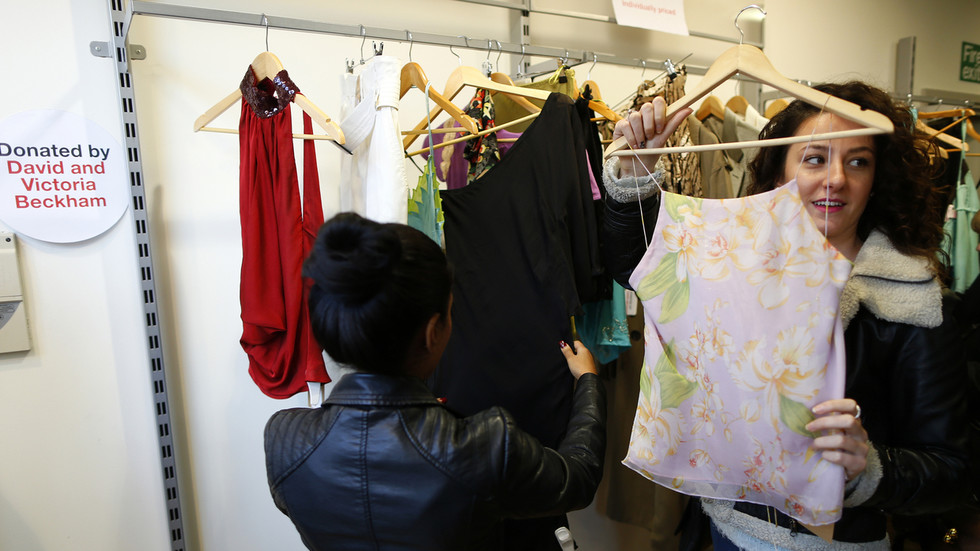 British university students are being mandated to take a diversity course and test which forces them to agree with several notions concerning race, including that wearing second-hand clothes can be “an example of white privilege.”

Students at the University of Kent will receive a gold star should they correctly answer 13 questions concerning race and white privilege. If they answer incorrectly, they are redirected to take the course again, The Telegraph reports.

The course forces students to agree with a number of unusual statements, including the notion that wearing second-hand clothes without others blaming it on “the bad morals, the poverty or the illiteracy of my race” is an example of white privilege.

The four-hour course, titled ‘Expect Respect’ and seen by The Telegraph, also claims white privilege is present if someone “can go shopping without being followed or harassed,” as well as being sure of having “neutral or pleasant” neighbours. “I can do well in a challenging situation without being called a credit to my race” is also noted as a proponent of white privilege.

“We expect all students, regardless of programme, level or site of study, to complete the module,” lecturers were told in an internal email. It continues to suggest that the course informs students of the behaviour that is expected of a Kent scholar.

The module is also “supporting everyone to ensure all members of our community are treated with dignity and respect,” a spokesperson for the university told The Times.

Unsurprisingly, the mandated acknowledgement of white privilege has not been well received by everyone, including staff at the university itself. Professors told The Telegraph that the move was a “philistine” betrayal of academia’s core values. One lecturer said they would not make their students take the module.

The opposition has also been very clear on social media, with many people focusing in on the contents of the test. Several people said they didn’t understand how wearing second-hand clothing was an example of white privilege. “We had hand me down clothes as children in the 60s, I just don’t understand how we got here and why,” one person tweeted.

Others claimed they also had to wear second-hand clothing and said their neighbours were “unpleasant … many violent and unpredictable,” but this was because they were poor. “Poor people don’t have the luxury of white privilege,” they added.

Some noted that surely wearing second-hand clothing “should be applauded for helping the environment,” as well as for helping the charities that sell them. Another person chimed in saying it was a “no-win situation,” explaining that you’re either causing climate change by buying new clothes or an example of white privilege for wearing old ones.

Some took aim at those responsible for creating the test, claiming they need to be thrown out of the university, even if it is the chancellor. Conservative commentator Darren Grimes told talkRADIO that the move was “breathtaking,” adding that it was a “university of contempt for white people. Universities are clearly indoctrination factories.”

This is not the first time British universities have awoken the fury of Brits with new “woke” measures. In August, Cambridge University said it would be adding explainer notes to statues in an archaeology museum to inform people that the white plaster casts didn’t reflect the diversity of the ancient world.