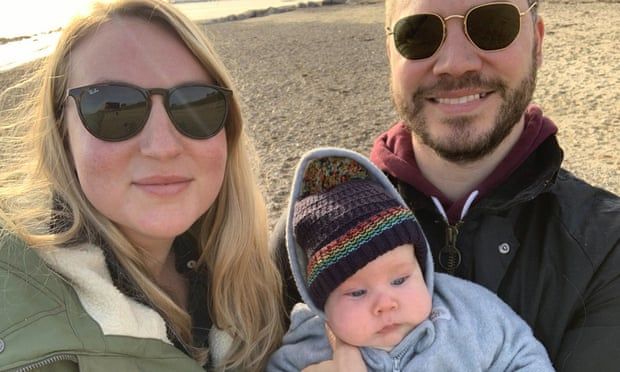 The parents of a baby with a fatal condition have succeeded in their campaign for their son to be treated with the world’s most expensive drug.

A new gene therapy, Zolgensma, will be used to treat 10-month-old Edward, from Colchester, who has severe spinal muscular atrophy (SMA), after his parents were given the green light earlier this week. The genetic condition, which is caused by a missing protein, weakens the muscles and affects movement and breathing.

About 65 babies are born with SMA in England each year, and most do not live past the age of two without intervention.

Edward’s mother, Megan Willis, who campaigned for her baby to be given the treatment, which costs £1.79m per patient, told the Guardian she was “thankful and ecstatic” to get the news on Wednesday.

“I’m exhausted. It’s been such a long ride and a rollercoaster,” the 29-year-old said. “When I think back to myself in November, newly diagnosed, I didn’t think there was an option for him – I thought he was dying because that’s that all it said when I read up on SMA, that 95% of children die, or are severely disabled. I didn’t think he had a future.”

The drug contains a copy of the missing gene SMN1, allowing it to halt the condition’s progression. Willis said that after learning about the treatment, the family had a “glimmer of hope” but felt crushed when they learned the extortionate cost of the treatment. After “countless sleepless” night she felt hugely relieved to get the news that the NHS would treat Edward by the middle of August.

As the drug is far more effective when administered at a young age, “time is massively of the essence”, Willis said. “Zolgensma just transforms a baby – it just really does. Children are walking, talking, eating, standing. It’s incredible.”

Edward, who was diagnosed at two months, is currently being treated with Spinraza, which is administered by injection every four months. Unlike the one-off injection of Zolgensma, it is a treatment carried out for life.

Zolgensma was approved for use by the NHS in March, but guidelines set by the National Institute for Health and Care Excellence said it should only be used for babies under six months old who were not already being treated. However, it added a decision on whether to give it to other babies, including those who like Edward were already receiving other treatment, would be dealt with on a case-by-case basis.

“We are so lucky,” Willis said. “Edward has a future whereas so many children before him didn’t have options. We’re in a new age of SMA. The fact that it is an option to our children is a blessing.”
Add Comment