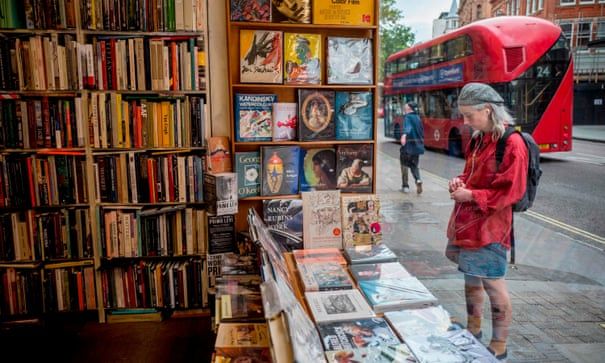 Authors to earn royalties on secondhand books for first time

AuthorSHARE, a royalty fund set up by two used booksellers with support from industry bodies, is calling for more retailers to participate

Unlike regular book sales or library borrowing, authors do not receive a penny from the sale of secondhand editions of their works – but a new scheme dreamed up by used booksellers is set to change this for the first time.

William Pryor, founder of Somerset-based used bookseller Bookbarn International, came up with the idea to pay authors royalties on used book sales in 2015, but needed a wider partnership to make it work. World of Books Group, which describes itself as the UK’s largest retailer of used books, then got involved to help Pryor create AuthorSHARE, a royalty fund worth £200,000 for the scheme’s first year.

Authors will be paid each time one of their books is bought directly from the World of Books and Bookbarn International websites, up to a cap of £1,000 a year.

The Society of Authors (SoA) and the Authors’ Licensing and Collecting Society (ALCS) are supporting AuthorSHARE. Participating retailers will share their sales information with the ALCS, which will match the works with their writer members and pay them their royalties as a lump sum twice a year.

The first payments will be made in October and anything left over from the scheme’s £200,000 fund will then be donated to the SoA’s Authors’ Contingency fund.

Pryor said that he hoped that others in the industry will sign up to the scheme in future so it could expand.

“As a writer as well as founder of Bookbarn, I was puzzled that authors, the very people who create the raw material of our business, were not benefiting,” said Pryor. “This is all about giving authors recognition for the value they create and we hope other retailers within this space will eventually join us in this innovative voluntary initiative.”

Previously, authors could only receive royalties on sales of new books, but the growth of the used book market, which is predicted to be worth £563m in the UK by 2025, had seen calls for a new approach to writer remuneration.

Chocolat author and chair of the SoA, Joanne Harris, welcomed the initiative.

“The value of a book goes beyond the value of the paper it is printed on, so it is great to see that original creators will see some benefit when their work finds a new reader. That the scheme has come from a partnership of private companies who simply believe that this is the right thing to do is very reassuring,” said Harris.

“This has been such a financially challenging time for so many authors. Now more than ever, the secondary incomes that come from library borrowing, copying, and now re-selling can all add up to help make a creative career a financially viable one.”

The award-winning graphic novelist Hannah Berry, who is on the AuthorSHARE steering committee, said it was “great to be acknowledging the lifespan of a book”.

“I don’t really know if people are reading my old books. I mean, how would I ever be aware? As far as I’ve known, as soon as they’ve been sold they just disappear off the map,” she said. “So it’s really heartening to see that there is a real will to support creators beyond the initial publication.”

Chief executive of the SoA Nicola Solomon said that “as well as the welcome financial boost, authors love to know that their books are still being read and enjoyed long after the first sale”.

“We know that books are often passed on or sold many times, yet authors have to date only benefited financially from the first sale. It is great to see that they will now receive a small share whenever their book is sold from the websites of Bookbarn, World of Books and other participating retailers,” she added.
Add Comment