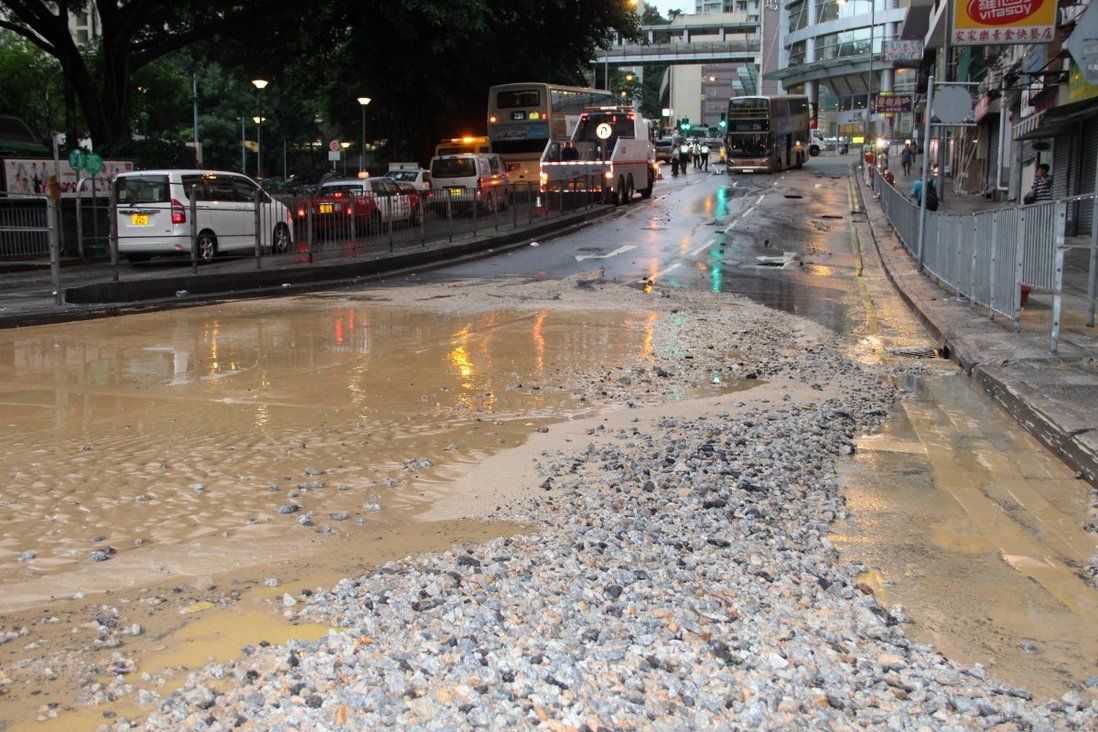 A Hong Kong watchdog has called on the Water Supplies Department (WSD) to speed up renovations for frequently rupturing saltwater mains after a report found more than a dozen such projects had yet to be completed after an average delay of 4½ years.

According to the report by the Audit Commission on Wednesday, the department had previously identified 44 “hotspots” where saltwater mains had frequently burst and needed to be renovated.

A hotspot refers to a location where at least two ruptures have occurred in two years within a road section with a length of 400 metres.

As of April last year, one-third of such projects, or 14, were still in progress. Among the sites still undergoing repair, 13 had remained incomplete for periods ranging from two to 6½ years, resulting in an average delay time of 4½ years.

The department, which had awarded two contracts for improvement works with completion dates of May 2021 and August 2021, told the commission the progress of such projects was dependent on the conditions at each site and other constraints.

“In the audit’s view, the WSD needs to continue to take measures to ensure that improvement works at hotspots for burst saltwater mains are completed as soon as practicable,” the watchdog said.

According to the report, the number of cases involving burst saltwater mains decreased by 67 per cent from 52 incidents in 2017 to 17 in 2020.

It also found that a total of 6,193 leakages at saltwater mains were reported from January 2018 to March 2021.

The time it took for the department to close off valves in 32 per cent of incidents, or 1,991, after receiving a report ranged from more than two hours to 49 days, with an average response time of 22 hours, the watchdog said.

However, the department attributed such delays to various reasons, including prioritising more urgent cases, adopting measures to minimise disruption to residents and restricting access to sites caused by obstructions.

“In the audit’s view, the WSD needs to attend to saltwater main leaks as soon as practicable, balancing all relevant factors, such as the consequence of late attendance against immediate disruption to the public,” the commission said in its report.

The department said it agreed with the recommendations made by the commission in the report.