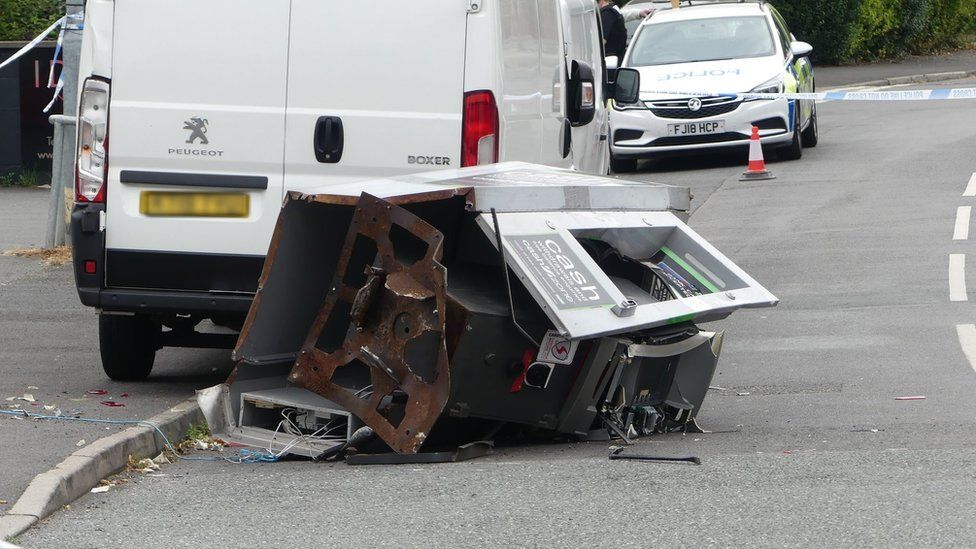 A cash machine has been left destroyed in the middle of a road after thieves dragged it with a stolen van before fleeing empty-handed.

Police believe the culprits were disturbed during the attempted theft at a petrol station in Attenborough, Nottinghamshire, at about 02:00 BST.

The thieves fled in a waiting getaway car, leaving the machine unopened.

Police said the van had been stolen hours earlier from an address in nearby Chilwell. 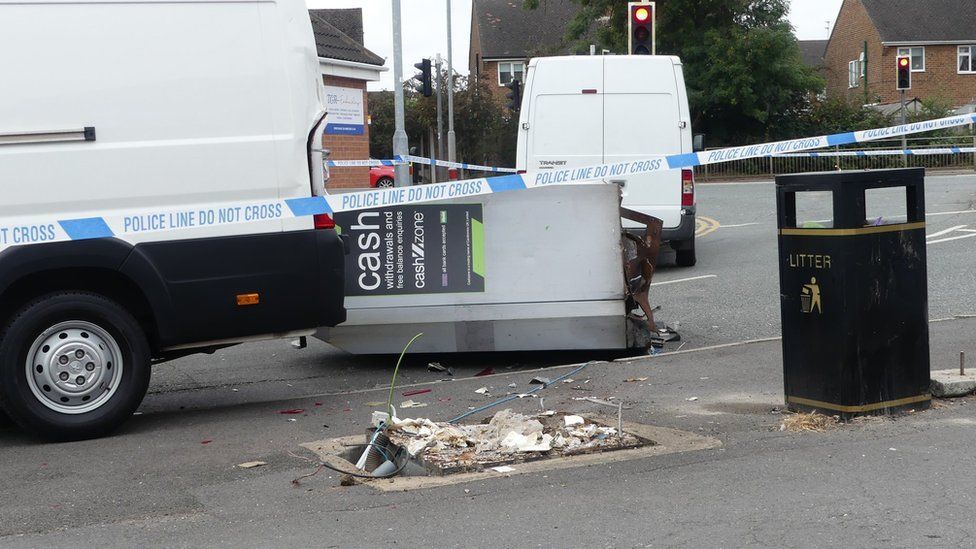 The vehicle was also left abandoned at the scene in Attenborough Lane and will now be examined before being returned to its owner, police said.

Officers said it was not known how the culprits attached the cash machine to the van as they appeared to have taken whatever it was with them.

Det Sgt Gary Hewson said: "This was a brazen attempt to steal a significant amount of cash in the dead of night.

"We believe that the stolen van was used to drag the machine a short distance, before the people involved were disturbed and fled the scene.

"Investigations are ongoing at the scene and we would like to speak to anyone who may have additional information about what happened." 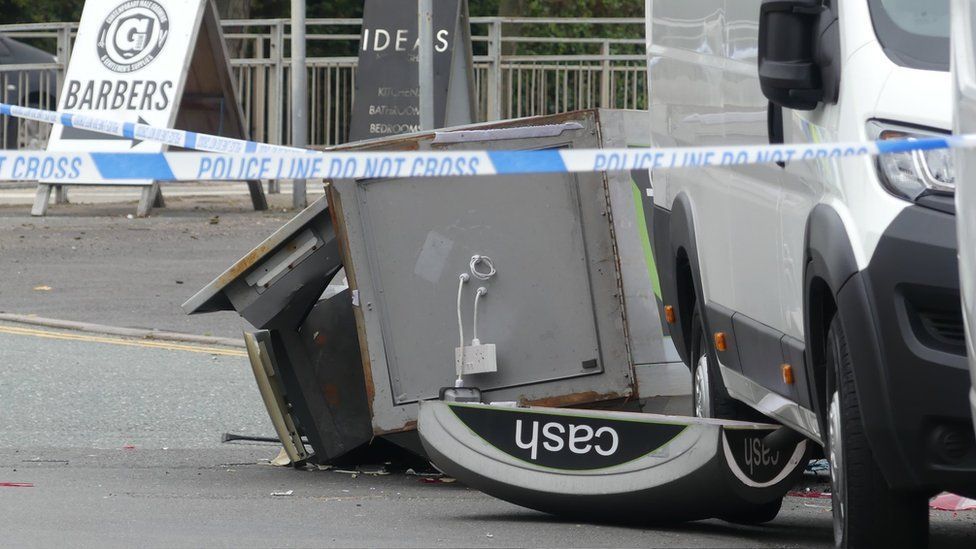 Anyone with any additional information is asked to contact Nottinghamshire Police