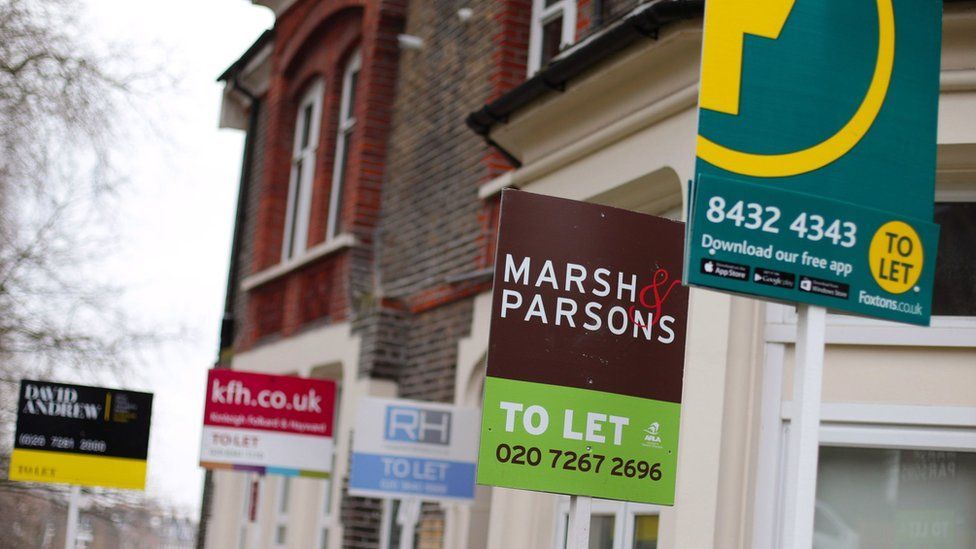 At least 15 MPs letting homes and renting another on expenses

At least 15 MPs are each letting out a London home for more than £10,000 a year while renting another property on expenses, the BBC has found.

The MPs, of whom 13 are Conservatives and three are ministers, are claiming up to £22,920 a year for rent payments.

The revelations come amid concerns over MPs' second jobs and follow Conservative Owen Paterson resigning after he broke Commons rules.

There is no suggestion the MPs letting properties have broken any rules.

But, asked about the situation, Prime Minister Boris Johnson said: "All those sorts of things have got to be properly looked into by the [Parliamentary] Commissioner for Standards."

One of the MPs letting their London home and renting another property told the BBC that a "ridiculous" change to parliamentary rules had meant that they and colleagues had been "forced into a situation we didn't want to be in".

Since 2010 MPs have not been able to claim for mortgage repayments on a property they own in London. This change was intended to stop them making profits on homes at the taxpayer's expense.

But it also means that those who own properties in London have to claim for rent if they want to receive expenses for living near Westminster.

Ipsa has said that while there could be a "perception of personal gain if an MP receives rental income while living in a parliamentary-funded flat", it decided to continue to allow MPs to claim for rental costs even if they own a property in London.

But Conservative Sir Peter Bottomley, the longest-serving MP in the Commons, told the Guardian the current rules had created a loophole which needed to be dealt with by all political parties working together.

The BBC's findings come as politicians are under intense scrutiny over their behaviour.

Mr Paterson, who was found to have lobbied the government on behalf of companies paying him - which is banned - stood down as MP for North Shropshire last week.

His decision came after the government backed plans to change the rules, which delayed Mr Paterson's punishment, but then did a U-turn following heavy criticism.

The focus this week has been more on MPs' earnings outside their main job, with former Attorney General Sir Geoffrey Cox criticised for working in the British Virgin Islands during parliamentary time, which he says he was given permission to do.

He is also being investigated for apparently using his Commons office to take part in meetings for other paid work, which is prohibited. Sir Geoffrey denies any wrongdoing.