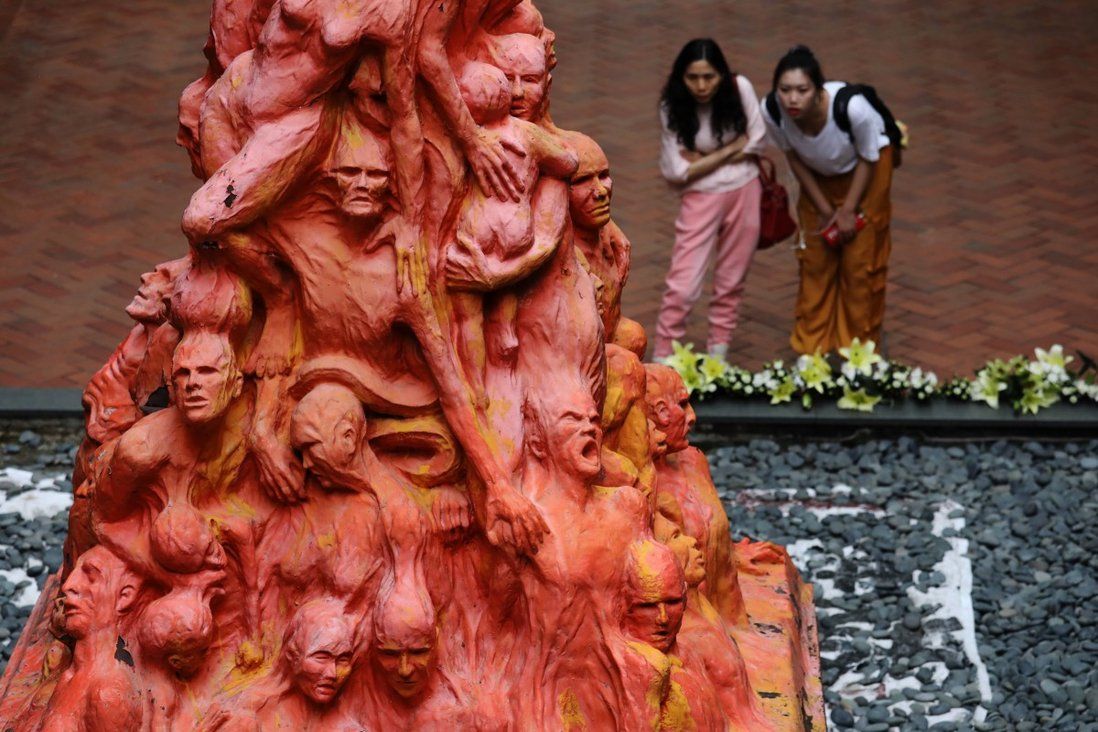 Jens Galschiøt has waded into the row over the tribute to the victims of the 1989 military crackdown in Beijing the University of Hong Kong wants gone by Wednesday.

A Danish artist has threatened to seek redress from Hong Kong’s top university if his sculpture paying tribute to the victims of the Tiananmen Square crackdown is damaged should management remove it from campus next week.

The eight-metre-high Pillar of Shame by Jens Galschiøt was first erected at the University of Hong Kong (HKU) in Pok Fu Lam in 1997, and according to the sculptor was on permanent loan to the group that organised the annual candlelight vigil commemorating the pro-democracy activists killed by the military in Beijing on June 4, 1989.

But after the Hong Kong Alliance in Support of Patriotic Democratic Movements of China decided to disband in August amid a national security investigation, HKU management informed the group it had until Wednesday 5pm to remove the 2 tonne artwork or else it would be deemed abandoned. The university said the move was based on its assessment of legal risks in light of the alliance’s dissolution. 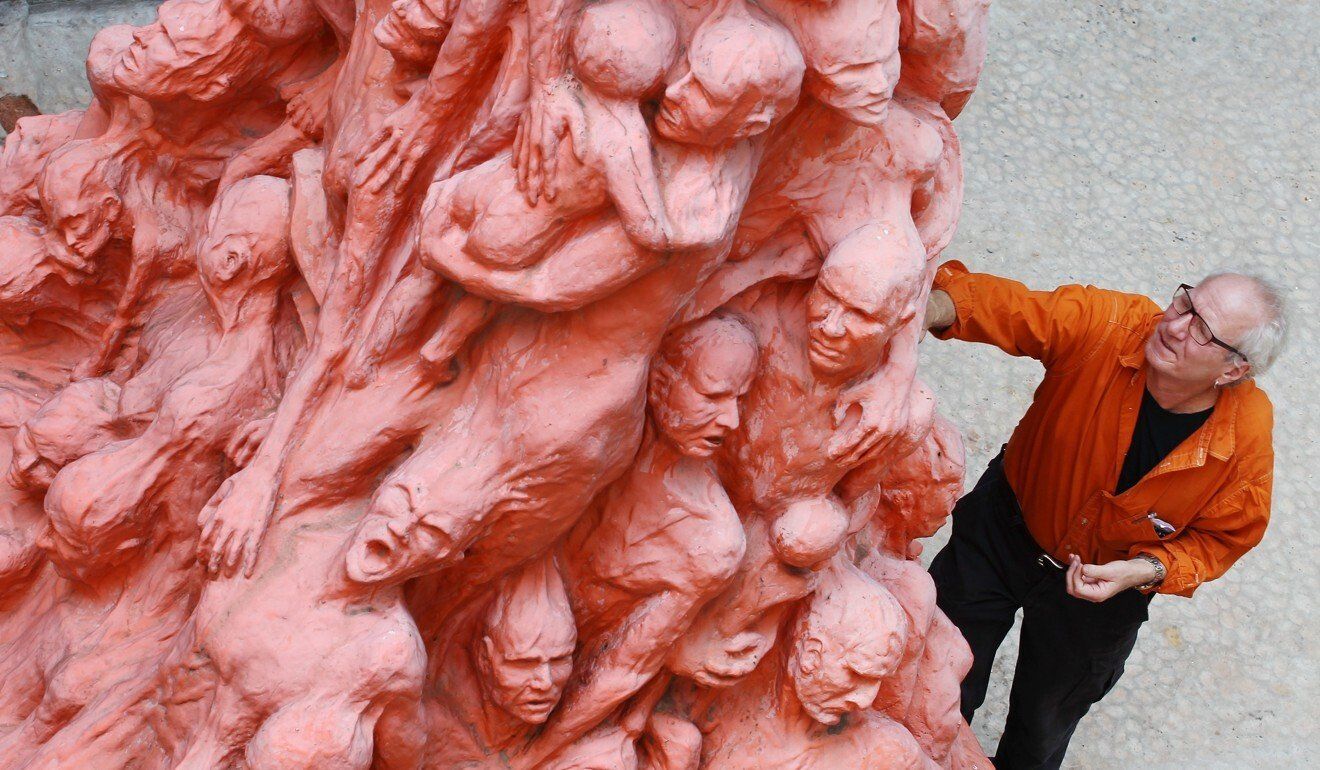 Danish sculptor Jens Galschiøt with the Pillar of Shame at the University of Hong Kong in 2013.

According to Galschiøt, however, the sculpture is not theirs to throw away. In an open letter, the artist said that as no purchase contract was made nor payment received, the Pillar of Shame belonged to him in principle.

“I am baffled since I have not received any official request to move my sculpture,” he said. “I wonder why I am being informed about this through the press.”

According to Galschiøt, it had been agreed that the alliance and HKU should administer the permanent exhibition together and bear the attending expenses.

“It will take a long time to move the sculpture,” he warned. “It is an extremely valuable piece of art, which after 24 years probably is a bit frail. Therefore there is a great possibility that the work of art will suffer irreparable damage if handled by any others than experts in handling art.

“If, contrary to expectations, damage to the sculpture should occur, the university risks incurring a claim of compensation for that damage.”

Galschiøt said that when he was visiting the university in 2013 to oversee repairs to the artwork, he had a clear understanding the school had given him and the alliance permanent permission to host the sculpture where it now stood.

In a separate statement on Friday, the university said the sculpture belonged to an external organisation that had announced it was disbanding, and management had asked it to remove the piece.

Alliance secretary Richard Tsoi Yiu-cheong said the university’s request was “unreasonable” as the school served as a space for free speech and academic freedom. It should perform its social responsibility and mission of keeping the Pillar of Shame on display, he said.

Tam Yiu-chung, Hong Kong’s sole delegate to the National People’s Congress Standing Committee, earlier said “anything that does not meet national security requirements is expected to be removed”.

Chief Executive Carrie Lam Cheng Yuet-ngor, who holds the title of chancellor of the city’s public universities, had said she would not interfere in the matter.