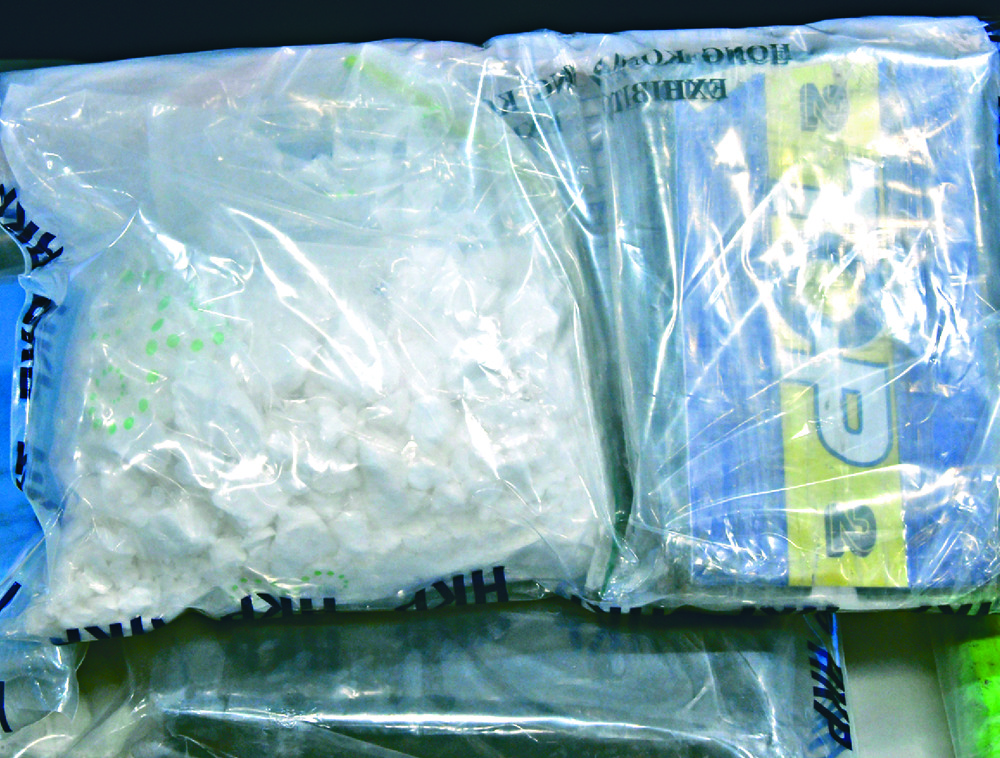 A 36-year-old repair worker was arrested Friday as 100 kilograms of cocaine worth HK$134 million - the third largest case over HK$100 million this year - were seized in two abandoned cars parked in Yuen Long.

Unlike previous cases, the drugs were hidden inside abandoned vehicles instead of in residential or industrial units.

After an investigation, police set up a stakeout and stopped the suspect outside a village house in Pak Sha Tsuen, Yuen Long, on Friday afternoon.

Officers then found 99 blocks of suspected cocaine in two private cars owned by the man. Packaging tools were also found at his house nearby when they raided it.

Officers believe the suspect was responsible for distributing drugs for a syndicate and were looking for other members of the gang, saying more arrests will be made.

The suspect was arrested for drug trafficking and will appear at Tuen Mun magistrates' courts today.

Police also believed they successfully prevented the drugs from entering the local market.

Senior superintendent of the narcotics bureau (operations), Ng Wing-sze, said drug syndicates now transport drugs in by sea or air, but not by courier due to immigration entry restrictions amid the pandemic.

"We have noticed there are water vapors inside the plastic packages. Therefore, we believed that this batch of drugs was smuggled by sea," she said.

"They use abandoned cars - those with expired vehicle licenses - parked in rural areas to hide the drugs, in order to increase the fluidity and reduce risks. By doing so, they can also escape from the security of the industrial buildings or residential units," she added.

However, officers said this is not the first time drug traffickers used abandoned vehicles to transport illicit drugs.

According to the United Nations Office on Drugs and Crime's World Drug Report 2020, both the demand and supply of illegal drugs has increased globally, with global seizures of cocaine hitting a record-high.

Police said law enforcement departments, including Customs, have noticed an increase in drug seizures. "The five most commonly consumed drugs - cannabis, cocaine, ketamine, heroin, and ice - have all seen between a twofold and a sevenfold increase," Ng said.

Last month, police made their largest cocaine seizure in a decade, seizing over 700 kilograms in Sha Tin, with a street value of about HK$935 million. In February, they also confiscated 80 kilograms of suspected cocaine with an estimated market value of HK$130 million.

Under the Dangerous Drug Ordinance, the maximum penalty upon conviction of drug trafficking is a fine of HK$5 million and life imprisonment.
Add Comment