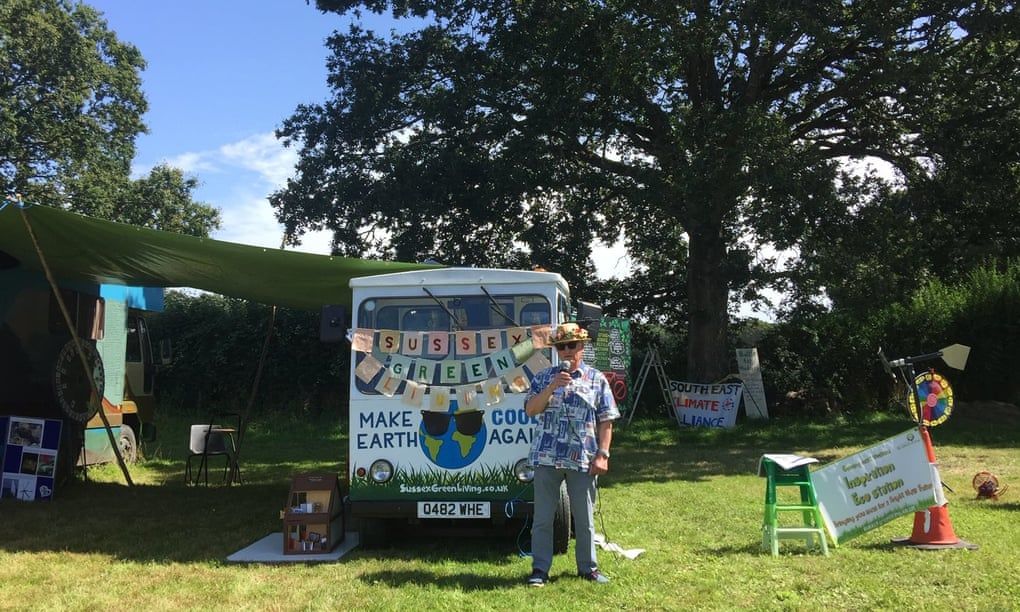 Anxiety and biscuits: the climate cafes popping up around the world

Kathy Kilmer tried bringing up the climate crisis twice at a recent dinner party, but it didn’t go well. Guests quickly turned the conversation to other topics.

“I just feel awful bringing it up,” said Kilmer, a retired conservation group communications director from Denver, Colorado. “And yet, I feel like talking about it is absolutely key to getting people to understand it.”

That is why Kilmer attended a virtual “climate cafe” earlier this year – a meetup where talking about the climate crisis is not only encouraged, it is the main event. As the effects of climate change become harder to ignore, and climate anxiety continues to rise, more and more such events are cropping up around the world for youth activists and retirees alike to process their climate angst.

“Climate change is happening, it exists already, and much of what is coming is already baked in in terms of the science,” said Rebecca Nestor, an Oxford-based organisational consultant who facilitated the recent Climate Psychology Alliance cafe that Kilmer attended. “So a lot of what I think we’re going to need to do … is [to support] people to acknowledge this and manage their feelings about it.”

While the exact origins of climate cafes are murky, leaders say they are loosely based on death cafes, which started in the UK as a space for people to talk about mortality over tea and pastries.

Jess Pepper, who in 2015 started what may have been the first climate cafe in Dunkeld and Birnam, Scotland, said the idea came to her after she gave a local presentation on climate change. Attendees came up to her in the street afterwards, asking what they could do. “It just dawned on me that people needed to be speaking with each other, and not just in a one-off kind of session,” she said.

Pepper says the climate cafes she has helped start around the UK are meant to be less formal than activist groups – and, ideally, more welcoming to people not already committed to climate advocacy. Some, such as those held by Aberdeen Climate Action, serve as an informal outreach arm of an existing climate group, with each cafe bringing in guest speakers and connecting like-minded people.

Sussex Green Ideas, meanwhile, is more like a fair, with booths and stations to fill up reusable toiletry bottles. Carrie Cort, its organiser, said her group recently adopted the festival-like format and dropped “climate” from the event title because, with all the hardships of the pandemic, they thought it was better to “focus on the future that we can achieve if we take action”.

Another breed of climate cafes are billed as “action-free” spaces. These are smaller affairs, led by trained facilitators who guide the attendees through free-flowing conversations about their climate-related feelings.

Nestor starts off each of the cafes by having attendees do a show and tell with an object that connects them to the natural world. “Typically, there might be one person who’s an activist in the group and the others are often in that state of ‘I am the only one in my family who was worried about this at all’,” she said. “And so this is a massively important space for them.”

Concerns about raising children – or whether to have children – in a world that is heating up are a common topic of discussion. There are also youth climate cafes cropping up specifically to help a generation whose mental health, experts say, is especially imperilled by the climate crisis.

Kilmer said she was astonished by how good she felt at the end of the first climate cafe she attended. “Even though I had shed a lot of tears, and gotten in touch with some powerful feelings, there was a sense of relief that I could share that with somebody,” she said.

Dr Sarah Jaquette Ray, programme leader of the environmental studies department at California’s Humboldt State University and author of a book on climate anxiety, said making people feel less individualistic was key to combating inertia and despair around the climate emergency. “A sense of the collective is probably the most important thing that will alleviate climate anxiety, but also mitigate climate change,” she said.

The concept of climate anxiety has faced accusations of being a white phenomenon. Ray and others have pointed out that certain parts of the world have been feeling the effects of climate change for decades – they have just been largely ignored by wealthier nations.

These concerns are on the minds of some climate cafe organisers. The hosts of a new climate cafe in Boston, for example, say they are holding meetups in more diverse parts of the city, which, not incidentally, are also more vulnerable to climate change.

Keerat Dhami, a community organiser, started a climate cafe in Peel, Ontario, last March for activists to discuss the emotional challenges of their work.

Dhami said attendees of the online event, now open to everyone, had been mostly white. But participants have also joined the cafe from places at the frontlines of the climate crisis, such as the Middle East and coastal Mexico.

While Dhami understands concerns about the “whiteness” of climate anxiety, she also feels that “when you give space for underprivileged or under-represented folks to speak … everyone comes in and learns from each other”.
Add Comment