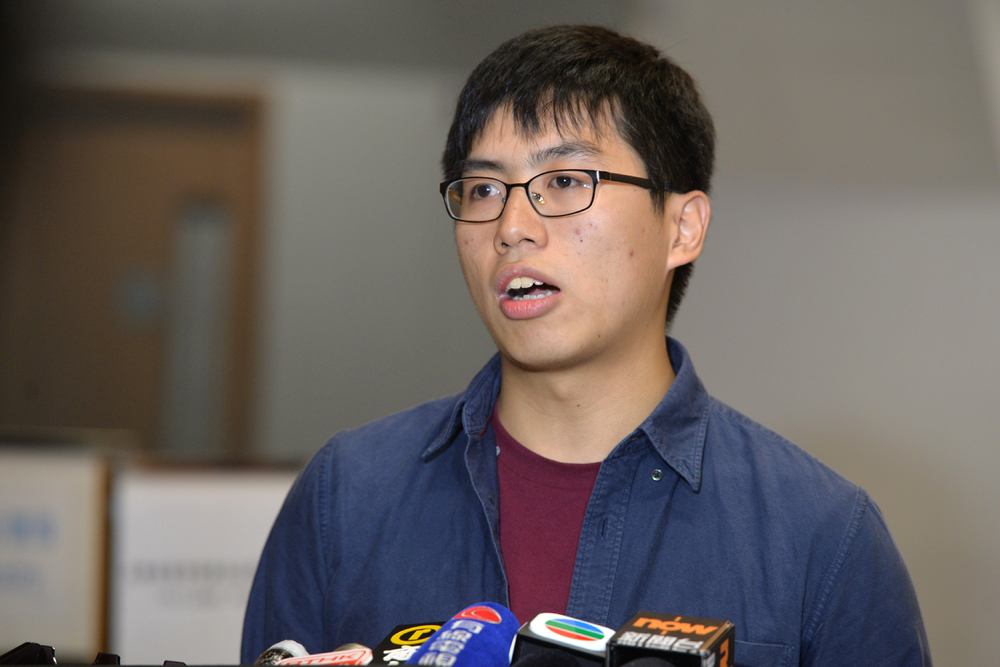 Former Chinese University student union president Ernie Chow Shue-fung has left Hong Kong for Canada with his wife, 10 days after he got married last month, he announced on Facebook.

The former unionist said he felt like he was in danger after a middleman approached him two months ago, which he interpreted as a sign that authorities have evidence against him after he took part in protesters’ siege of the Legislative Council Complex on July 1, 2019.

“People with a mainland figure behind them asked for a meeting with me through a middleman and clearly indicated that they would like to have a discussion about the Hong Kong Citizens' Deliberative Platform,” Chow said.

Chow was the secretary for the platform, which was meant to be a cross-party platform for political cooperation for pro-democracy district councilors, before its disbandment after drawing fire from Secretary for Home Affairs Caspar Tsui Ying-wai.

“I could sense, reading between the middleman’s words, that they are trying to imply that they already have intelligence and I could remain safe only by betraying others,” he added.

Although Chow did not attend the meeting, he is worried that he will be the next to be arrested and therefore decided to flee the SAR.

“I am so sorry, my brothers and fellow protesters. I beg your forgiveness for my cowardice,” Chow said.

He also said he has already taken part in behind the scenes work after stepping down from his position as student union president, and thus thought that there is still a long way to go before his arrest.

But after six organizers were among the 47 pro-democracy politicians and activists charged with subversion under the national security law for taking part in the camp’s primary elections last July, he became concerned, Chow said.

He also said he does not think he can cope with sacrificing his dignity and beliefs in exchange for freedom after listening to the 47’s court mention in West Kowloon Magistrates’ Court last month, therefore fled Hong Kong.

“Jeremy Tam Man-ho, who is one of the defendants, was in tears defending himself in court. What I saw was an ordinary man trying to face the world with his sincerity and conscience, but had his dignity completely destroyed by fear induced by the regime,” Chow said.

This also not the first time he fled Hong Kong, having already fled once after police started to arrest those who broke into the Legislative Council Complex after the July 1, 2019 siege, where he was one of the participants.

At the time, he headed to Japan days after the siege and planned to stay for half a year, but returned to Hong Kong after two weeks, as he felt sorry to be a “survivor.”

For now, he is in “Her Majesty’s land in North America” after he fled Hong Kong on March 25. He added that he was still able to “find somewhere to live and something to eat in the near future” despite leaving in a hurry.

“Tastes can be replicated in other places, lifestyles can also be adjusted, but those people, those brothers who begged me to leave Hong Kong, who went through fire and water on the streets with me, can never be replaced or forgotten,” Chow added.

“I hope I can keep yelling from the opposite shore, and I hope there will be a loud response from my hometown one day.”
#facebook
Add Comment